19 killed in clash of community groups in Indonesia 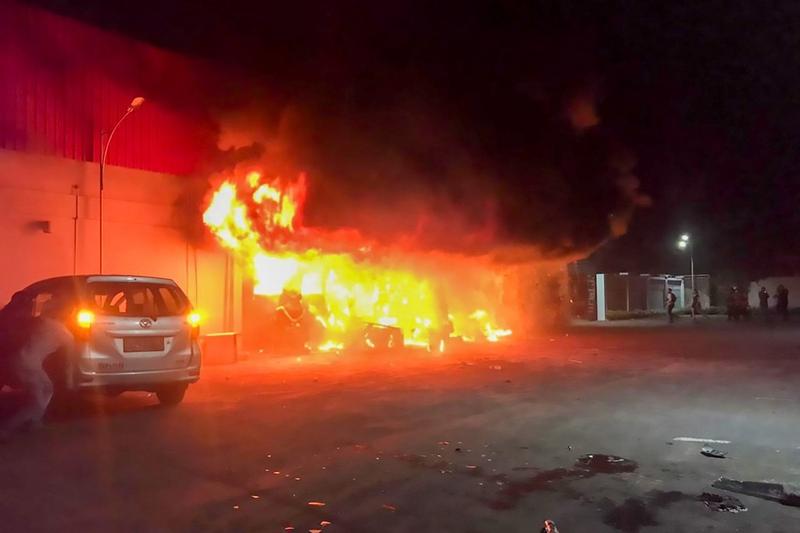 A fire burns at the Double O nightclub where at least 18 people were killed in clashes between two groups, in Sorong in Indonesia's West Papua province on Jan 25, 2022. (YANTI / AFP)

Provincial Police Spokesman Senior Commissioner Adam Erwini said the deadly incident was still under investigation, and it was unclear if the death toll would rise

Provincial Police Spokesman Senior Commissioner Adam Erwindi said the clash started at midnight in the Double O Executive Karaoke & Club, with one person fatally stabbed in the fight, and then the clash continued before the building caught fire.

"Fights among youths in cities are normal, but that it has caused so many deaths, that is a first," Erwini told local Metro TV.

Erwini said the deadly incident at the entertainment venue in Sorong was still under investigation, and it was unclear if the death toll would rise.

"After the clash, it was found 18 other bodies inside the building. So the total casualty is 19 people," said the police officer, adding several others were wounded. 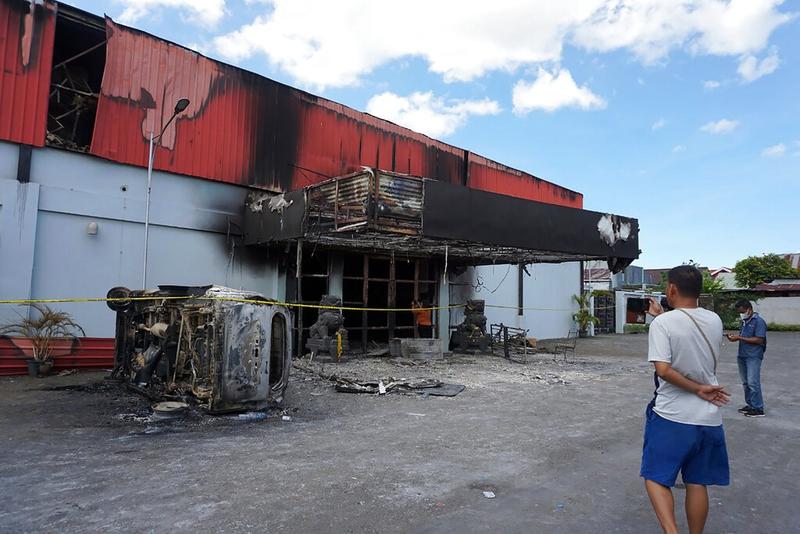 A man stands outside of a torched nightclub after two groups clashed in Sorong, West Papua province, Indonesia on Jan 25, 2022. (PHOTO / AP)

Separately, Dedi Prasetyo, a spokesman for Indonesia's national police said the brawl was between two rival gangs from the neighbouring island of Maluku.

The television footage showed several cars were burned outside the nightclub.