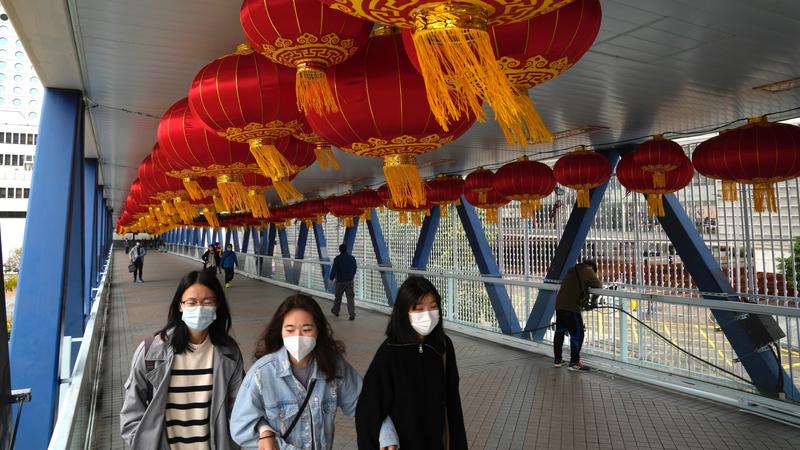 In a press briefing, Chuang Shuk-kwan, head of the Centre for Health Protection’s communicable disease branch, also said that residents of 20 buildings need to be tested after the virus was detected in their sewage.

She added that there were around 20 preliminary cases, with “quite a lot” of them being local infections.

Chuang Shuk-kwan, head of the Centre for Health Protection’s communicable disease branch, also said that residents of 20 buildings need to be tested after the virus was detected in their sewage

Chuang said one of the preliminary cases involved a customer of I Love Rabbit pet shop in Mong Kong while another was a 30-year-old female customer of the Little Boss pet shop in Causeway Bay.

Chuang also said that an environmental sample taken from a hamster cage in an I Love Rabbit branch in Yuen Long showed traces of the virus.

“This shows that there is a high risk of animal-to-human transmission,” Chuang said, urging hamster owners not to abandon their pets at to contact the Agriculture, Fisheries and Conservation Department instead.

She said the 10 local cases included the infection of a 17-year-old student at St. Joseph's Anglo-Chinese School in Kwun Tong who tested positive for the Delta variant.

The other local cases included three students who visited a friend at Caribbean Coast in Tung Chung and a teacher and a student at Delia Memorial School (Broadway) in Mei Foo.

Chuang said genome sequencing showed that Kwun Tong student's infection was different from that of the Little Boss employee who also got the Delta strain.

"So, it has another source...We’re worried that there are silent transmission chains as far as the Delta cases are concerned," she said.

"We are still receiving cases as we speak and quite a number are from Yat Kwai House. They might be linked. There is indeed a risk of a major outbreak," she added.

Chuang said that the city’s other preliminary cases involved a 24-year-old social work assistant in Kwai Chung and an 82-year-old man in Sham Shui Po who “almost every morning” ate breakfast at a restaurant where another confirmed patient had lunch.

She added that genome sequencing showed that the case of a kindergarten teacher in Lai Chi Kok was simiar to that of a Pakistani housewife who tested positive after her quarantine at the Silka Seaview Hotel in Yau Ma Tei.

The teacher used the MTR to go to work and CCTV footage showed that she was in an MTR tunnel together on Jan 14 with the woman's children who were also infected.