By Du Juan and Zheng CAixiong 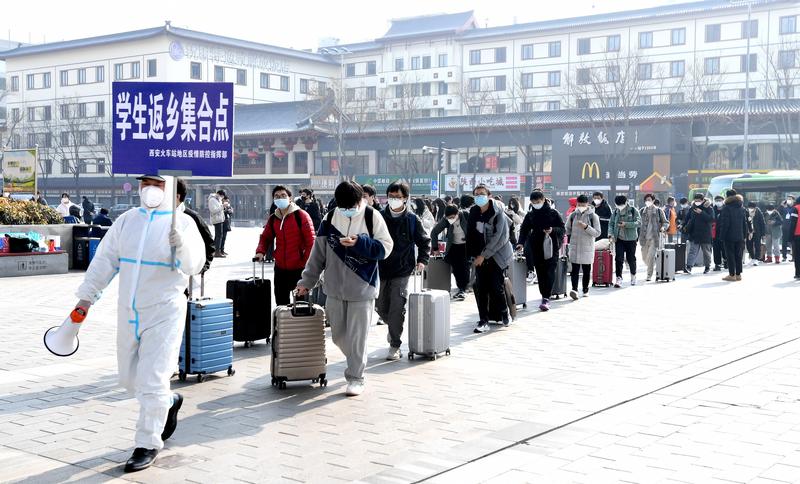 The fifth case, who lives with one of the employees, also works in the cold storage industry, Liu Xiaofeng, deputy director of the Beijing Center for Disease Control and Prevention, said at a news conference on Wednesday evening.

The Delta variant of the novel coronavirus was detected in samples collected from three of the cases, he said. The five patients have been transferred to designated hospitals for medical treatment.

Since Beijing reported one locally transmitted case involving the Omicron variant on Saturday, infections in the latest outbreaks have been recorded in the capital's Haidian, Chaoyang, Fangshan and Fengtai districts.

Authorities released information about the locations visited by the new cases and asked anyone who has been to those places during the same period to report to local communities as soon as possible.

Xu Hejian, a municipal government spokesperson, said at the news conference that the city will strengthen control and prevention measures in the cold chain industry in order to identify possible infections swiftly.

Meanwhile, health authorities in Tianjin said on Wednesday that an outbreak in the port city has been brought under effective control, with all the new cases found among those in quarantine.

Among the new infections, 12 are mild cases while the other two are moderate, the municipal health commission told a news conference on Wednesday.

As of Tuesday, a total of 326 locally transmitted confirmed COVID-19 cases had been detected in the latest resurgence in Tianjin.

The city will launch a fourth round of citywide nucleic acid testing at 6 am Thursday, aiming to curb the further spread of infections and reinforce the existing outcome, the municipal epidemic prevention and control headquarters said.

The testing is scheduled to be completed in about 24 hours.

It was the first time the province had reported no new patients or asymptomatic carriers since Dec 9, the provincial health commission said.

By the end of Tuesday, the province had reported a total of 2,077 patients in the latest outbreak, of which 1,339 were cured and discharged from hospitals.

The city, with a population of 13 million, will partially lift its lockdown from Thursday.

Residents of the city's Weiyang district, Chanba Ecological District and Xi'an Economic and Technological Development Zone will be able to move freely within the three districts.