Paul Chan open-minded on new round of consumption vouchers 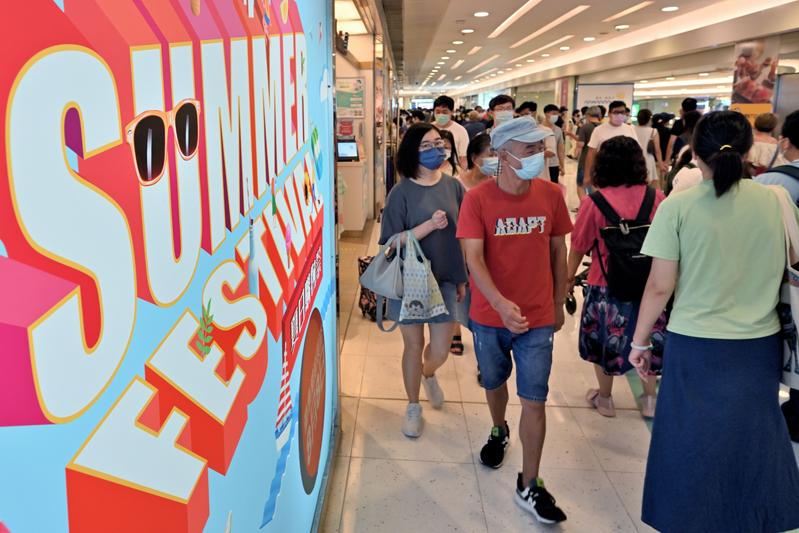 HONG KONG - Hong Kong Financial Secretary Paul Chan Mo-po remained open-minded on whether to give out another round of consumption vouchers ahead of the 2022-23 Budget to be announced on Feb 23.

In deciding whether to disburse consumption vouchers again, the government has to consider relevant factors "in a prudent and holistic manner," Chan said.

He was asked by lawmakers if the government has considered disbursing consumption vouchers of at least $5,000 to members of the public and launching other measures to relieve people's hardship given the uncertainties about the prospects of Hong Kong's economy.

Chan noted that he is currently gauging the views of various sectors on the 2022-23 Budget through public consultation.

As resources are limited, in deciding whether to disburse consumption vouchers or launch other relief measures, the government has to consider the social and economic situation, the impact on social livelihood arising from the epidemic outbreaks and the current financial situation to ensure that the measures are in the overall interest of Hong Kong.

By the end of last year, consumption vouchers of a total value of about HK$30 billion have been disbursed to over 6.3 million Hong Kong residents, Financial Secretary Paul Chan said

The Consumption Voucher Scheme was launched in August last year in a bid to boost consumer sentiment and revive the local economy.

By the end of last year, consumption vouchers of a total value of about HK$30 billion have been disbursed to over 6.3 million eligible Hong Kong residents, Chan said.

"The overall response of the community towards the scheme has been very positive and considers that the scheme has helped boost the economy by simulating consumer sentiment," he said.

The value of total retail sales grew by 9.6 percent year-on-year between August and November last year, as compared to an average growth rate of 7.6 percent between January and July in the same year, Chan quoted data from the Census and Statistics Department as saying.

The value of total restaurant receipts, meanwhile, rose by 43.9 percent year-on-year in the third quarter of 2021.

The government has roughly estimated that the scheme would provide a 0.7 percentage-point bump to last year's gross domestic product.