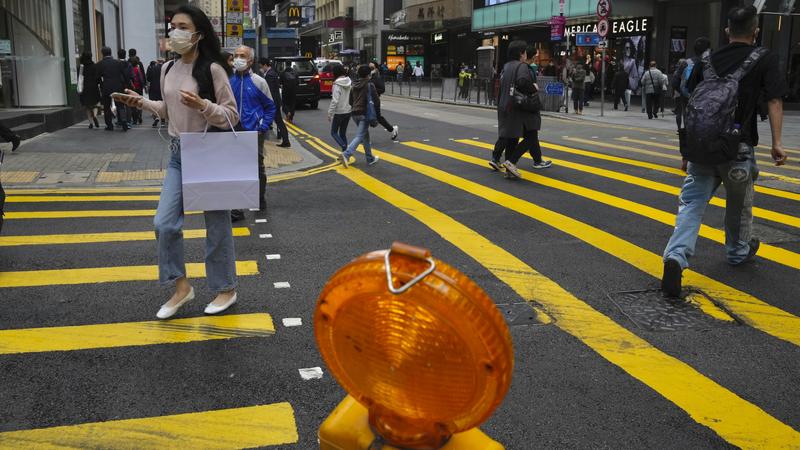 HONG KONG - Health officials have decided to cull over 1,000 hamsters as another COVID-19 case linked to a pet shop cluster was among the 18 new infections reported in the city on Tuesday.

In a media briefing, Leung Siu Fai, Director of Agriculture, Fisheries and Conservation Department, said all pet shops that sell hamsters should immediately suspend operations and urged pet owners who bought hamsters after Dec 22 to turn them over to the AFCD.

Health officials added that a 67-year-old woman who went to Little Boss and had direct contact with an infected employee also tested positive. They are tracking down the people behind at least 143 purchases made at the pet shop since Jan 7.

“We strongly appeal to the public. If you have bought a hamster at a pet shop in Hong Kong after Dec 22, do hand them over to AFCD…to ensure public health and take care of animal welfare,” Leung said.

ALSO READ: Vaccination rate in HK may pass 80% before Feb 24

“Under no circumstances should you just dump your pet on the streets,” he added.

The AFCD will also immediately stop the importation of small mammals and review the quarantine requirements for their importation.

Leung said that two batches of hamsters that arrived in Hong Kong on Dec 22 and Jan 7 were considered as high risk for infection.

He said that, besides Little Boss, there were 34 other pet shops in the city that have around 1,000 hamsters. These hamsters and the 1,000 other small animals at Little Boss and its warehouse will have to be put down.

“You need to realize and understand that the hamsters already got infected. They’re excreting the virus. The virus can infect other animals and also they can infect other hamsters and human beings,” Thomas Sit Hon-chung, Assistant Director of AFCD, said at the same briefing.

“We don’t want to cull the animals but we have to protect public health and animal health. We have no choice. We have to make a firm decision,” he added.

She said one the new local cases was the 23-year-old employee of Little Boss who tested positive for the Delta variant. Another involved a female retiree who went to Little Boss on Jan 8 to buy food for a hamster her daughter and another family member bought on Jan 4 at the shop.

“At that time, the infected employee assisted her and helped her settle the bill. They were both wearing masks and she stayed for 15 minutes,” Chuang said.

The patient’s daughter is asymptomatic while her husband was admitted to a hospital and tested preliminarily positive, Chuang added.

The remaining positive cases were the nine relatives of a 43-year-old Pakistani housewife who returned to Hong Kong on Dec 20 and tested positive after her three-week quarantine at Silka Seaview Hotel in Yau Ma Tei.

Chuang also said that there were 10 patients who tested preliminarily positive, including a 26-year-old female kindergarten teacher whose infection had an unknown source.

The patient visited the K11 mall in Tsim Sha Tsui on Jan 10  and again on Jan 15, when she also shopped with friends at Harbour City, Chuang added.