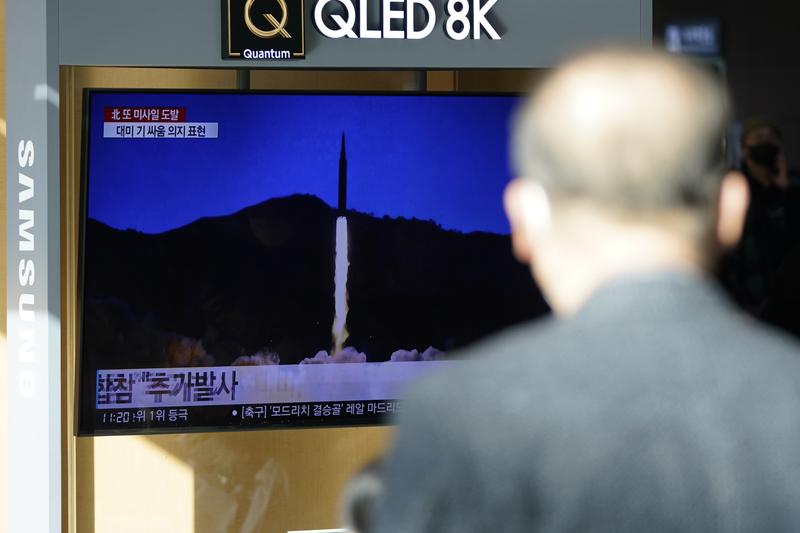 A man watches a television news program reporting on missile launch by the Democratic People's Republic of Korea with a file image, at a train station in Seoul, the Republic of Korea, Jan 17, 2022. (LEE JIN-MAN / AP)

In a statement, the JCS said the ROK military detected two projectiles, presumed to be short-range ballistic missiles which were launched northeastward to the Eastern coast from the DPRK's Sunan airfield in Pyongyang at about 8:50 am and 8:54 am local time.

The projectiles traveled some 380 km at an altitude of around 42 km.

The intelligence authorities of the ROK and the United States were precisely analyzing further details on them, according to the JCS.

The JCS noted that the ROK military was monitoring the situation and maintaining readiness posture to prepare for the possibly additional launch by the DPRK.

The DPRK it successfully test-launched a hypersonic missile on Jan 5 and Jan 11.

The ROK presidential National Security Council held an emergency meeting, emphasizing the importance for the rapid resumption of dialogue in order to stabilize situations on the Korean Peninsula.