Helper crisis: Residents could be forced to quit jobs

By Shamim Ashraf in Hong Kong 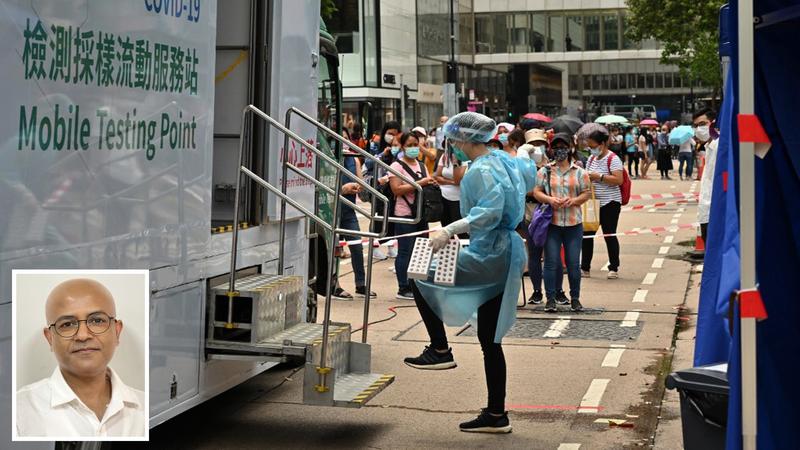 Hong Kong government’s labor and welfare chief has sounded the alarm, and he has done that rightly so, stressing the need to tackle a shortage of hotel quarantine space for arriving foreign domestic helpers.

Due to limited space in the city to serve out their quarantine, thousands of helpers are waiting to enter Hong Kong for a long time, some even more than one year. The number of helpers had dropped from more than 400,000 two years ago to about 350,000 amid the pandemic, according to Secretary for Labor and Welfare Law Chi-kwong.

Heavily dependent on helpers to take care of family members and household chores, the city dwellers are in a race to either get workers currently staying in the city or hire them from abroad, mainly the Philippines and Indonesia. The process of helpers coming from outside has been smothered due to Hong Kong’s strict quarantine rules, requiring them to quarantine at designated hotels – only three at this moment – for 21 days.

According to Chairman of the Hong Kong Employment Agencies Association Cheung Kit-man, more than 4,000 foreign domestic helpers were waiting to work in the city, with all hotel rooms fully booked in the coming months.

The supply shortage has led to bidding wars for helpers’ services in some instances.

Though the SAR government kept the minimum wage for foreign domestic helpers unchanged at $4,630 per month for this year, their average salary has reached HK$5,144, an increase of 2.6 percent from a year ago, due to the pandemic-enforced travel curbs, HelperChoice, an online platform connecting domestic workers and employers, said in a survey published in September. Such workers in Central & Western, Southern, Wan Chai, Sai Kung, and Yau Tsim Mong districts might expect an average salary of HK$5,318, with several employers offering between HK$10,000 to HK$20,000 per month, it added.

“Many families offer higher salaries to secure a profile already based in Hong Kong, therefore avoiding extra time and costs related to the pandemic, such as paying for the worker’s quarantine,” Mahee Leclerc, HelperChoice general manager told local media.

Banking on the crisis, some helpers allegedly resorted to job-hopping as an easy path to higher wages, according to some employment agencies that I personally visited while looking for a helper for my own house. Noticing this, the authorities warned foreign domestic helpers of non-issuance of permit if they find proof for such practices, the agencies said.

Now, with the Omicron variant spreading across many countries at a lightning speed, 1,138 rooms provided by the Regala Skycity Hotel from this month will be used to isolate foreign domestic helpers as the government decided to reserve the Penny's Bay quarantine centre – where 1,000 slots were earlier designated for domestic helpers – for other arrivals.

Seeing no immediate hope for a drastic increase in the number of new helpers arriving in the city, experts see a wider effect of the helper supply shortage on the city. “The impact will not be limited to the relevant families or those people who required caretaking from domestic helpers…As some members will have to quit their jobs to take care of their families, the labor market and many industries in Hong Kong are set to be affected,” Law said he warned in his Sunday blog, warning that it may even affect the city’s overall economic recovery.

It is heartening to know that the government is in talks with more hotels over helpers' quarantine, which can help clear the backlog and bring normalcy to the supply chain.

Working as a full-time journalist since 2003, Shamim Ashraf joined China Daily Hong Kong in 2016 and is currently serving as Editor, GBA Pulse. He previously worked as an assistant editor of Asia News Network and web editor of The Daily Star newspaper (Bangladesh). He can be reached at shamim@chinadailyhk.com .