The Lion City roars for cooperation with GBA

Editor’s note: This is the first of a series of China Daily’s interviews with the heads of consular missions based in Guangzhou. The envoys will talk about ways of deepening cooperation in various fields between their countries and the Guangdong-Hong Kong-Macao Greater Bay Area.

Singapore and the Guangdong-Hong Kong-Macao Greater Bay Area will embrace a higher level of cooperation, fueled by the upcoming implementation of the Regional Comprehensive Economic Partnership agreement and the South China region’s international drive, said Loh Tuck Keat, consul general of the Republic of Singapore in Guangzhou.

The Lion City and the Greater Bay Area have traditionally been close partners, teaming up not only in trade and investment, but also in social governance, technological innovation, intellectual property, talent, and other fronts, he said.

“Singapore itself is actually not a big economy. Our cooperation with the GBA is not purely about how much investment we can make because there are not that many Singapore companies,” Loh told China Daily in an exclusive interview.

“But our strength has been our ability to help create a better business environment and undertake common pilot projects to set new standards together or explore possibilities to open up new areas.”

The China-Singapore Guangzhou Knowledge City and the Singapore-China (Shenzhen) Smart City Initiative, or SCI, are two major projects that are progressing well in the GBA.

I can feel the spirit of willingness to adapt to change, the courage to dream and experiment, and the government’s pragmatism to not overregulate or overmanage. These are attractive to foreign investors.

The CSGKC, officially launched in 2010, aims to turn the 123-square-kilometer area in Guangzhou, Guangdong’s provincial capital, into an internationalized zone to attract professionals and knowledge-based industries. Advanced design and planning concepts based on Singapore’s experience were introduced when developing a high-tech industrial park in the Knowledge City. Renowned universities from Singapore, such as the National University of Singapore and Nanyang Technological University, have set up research and innovation centers there.

In the SCI project, established in 2019, Shenzhen and Singapore are jointly promoting the development of smart cities and the digital economy. In October, the two sides signed four new memorandums of understanding on carrying out joint innovation in e-invoicing, 5G, the internet of things, and blockchain technology. Eight MOUs were sealed last year in three areas — digital connectivity, the exchange and cultivation of tech talent, and innovation and entrepreneurship.

“Singapore-China cooperation is very unique in the sense that it’s very pragmatic and mutually beneficial. And we progress with the times,” Loh said.

The diplomat has been especially impressed by the GBA’s sound business environment since he became Singapore’s consul general in Guangzhou last year.

“I can see a very conducive business environment, a very vibrant corporate sector and a very efficient bureaucracy. This, I think, is the proof of Guangdong’s success in being at the forefront of China’s reform and opening-up in the past 40 years.

“I can feel the spirit of willingness to adapt to change, the courage to dream and experiment, and the government’s pragmatism to not overregulate or overmanage. These are attractive to foreign investors.”

The signing of the RCEP pact amid the COVID-19 pandemic carries a significant meaning globally as it sends a strong message that economies remain committed to free trade and open supply chains, Loh said. 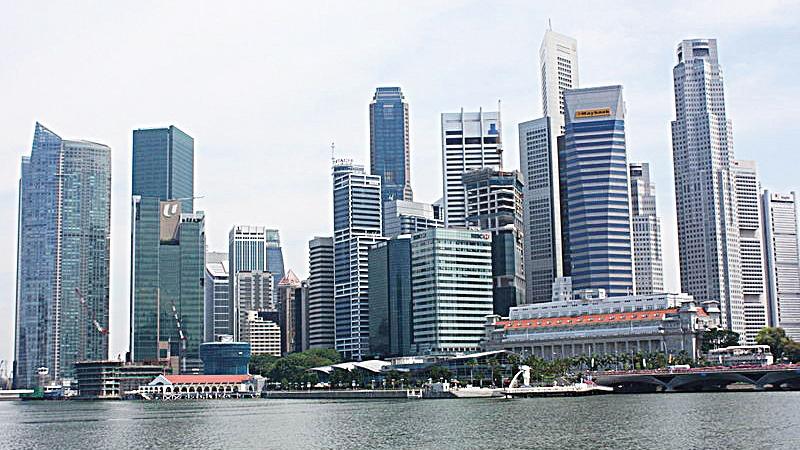 A harbor scene of Singapore. (PHOTO PROVIDED TO CHINA DAILY)

The upcoming implementation of the world’s largest free trade arrangement, which includes up to 30 percent of the world’s population and about 30 percent of global GDP, will allow more companies in the GBA to take a more-regional approach and develop a more-resilient supply chain, helping them to better venture out into the Southeast Asian market.

“Singapore hopes to play a role (in the process), given our hub status in Southeast Asia, to help Chinese companies grow. With our strengths in services, our understanding of the region and our strong financial sector, we are able to help them expand into the Southeast Asian market,” Loh said.

According to a research report jointly published by United Overseas Bank and the Hong Kong Trade Development Council earlier this month, nearly 60 percent of GBA enterprises surveyed plan to develop or expand their respective businesses in the Association of Southeast Asian Nations market in the next three years.

Among the 10 ASEAN member states, Singapore is the most popular destination for trade and investment among the companies polled. More than 55 percent of the respondents said Singapore will be their top priority sales market in the region, while more than 10 percent said they will set up offices in the city-state within the next three years. 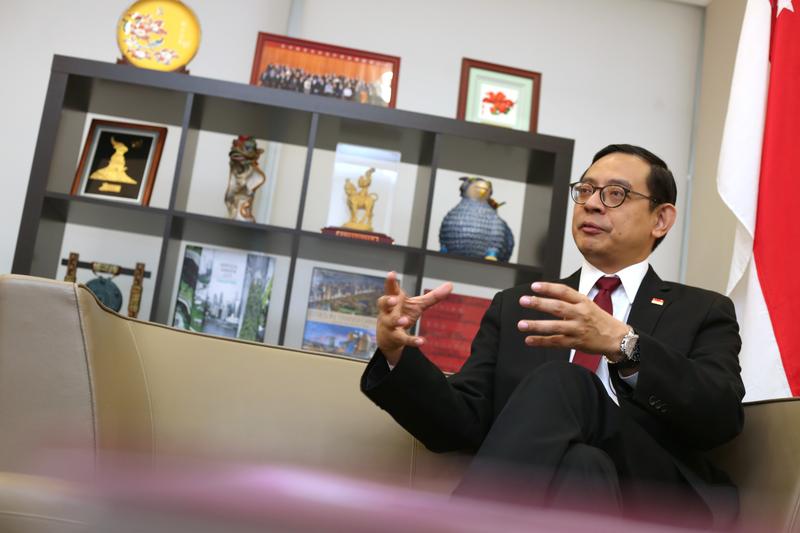 The results were based on online and phone surveys of 657 enterprises between July and September. The companies covered a wide range of fields, including consumer products, property, professional services and technology.

According to Loh, the digital economy, the green economy and public health are the three major areas in which Singapore and China have much room for future cooperation.

While expressing optimism over the future development of the GBA and bilateral cooperation between Singapore and China’s southern region, Loh said it’s important to maintain openness for the 11-city cluster to remain attractive and progressive, saying its current success is built on globalization, as well as reform and opening-up.

As talent is crucial in the GBA’s push to become a world innovation and technology hub, he calls for greater efforts in building a whole ecosystem to retain talent, besides policy incentives. That includes schools, hospitals, affordable accommodations and entertainment. “Singapore is always open to sharing experience in urban development and planning, as well as governance, to help cities in the GBA create the environment,” he said.