Ukraine flaunts US military hardware, vows to fight off Russia 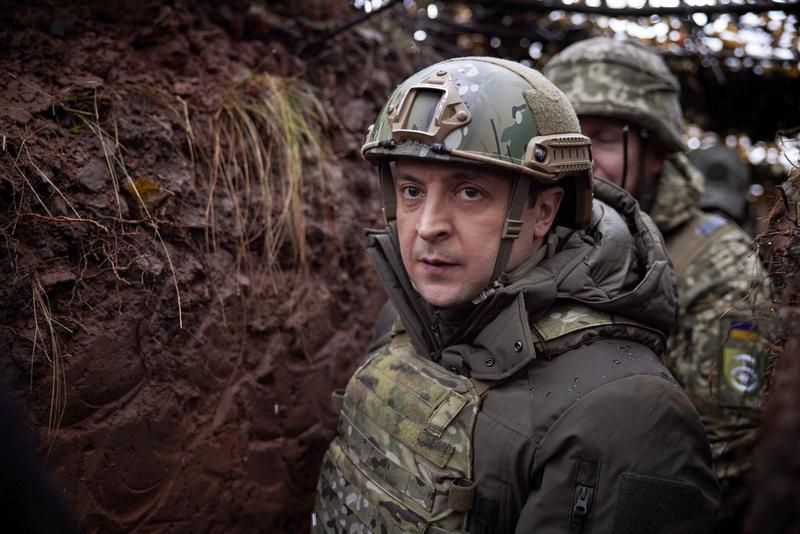 KYIV – Ukraine's President Volodymyr Zelenskiy on Monday said his armed forces were capable of fighting off any Russian attack, as the country marked its national army day with a display of US armored vehicles and patrol boats.

US President Joe Biden has pledged his "unwavering support" to Ukraine in its standoff with Moscow and was set to hold talks with Russian President Vladimir Putin on Tuesday to try to defuse the crisis.

Ukraine has accused Russia of massing tens of thousands of troops near its border in preparation for a possible large-scale military offensive, raising the prospect of open war between the two neighbors.

"The servicemen of the Armed Forces of Ukraine continue to fulfill their most important mission - to defend the freedom and sovereignty of the state from the Russian aggressor," Zelenskiy said in a statement.

The Ukrainian army...is confident in its strength and able to thwart any conquest plans of the enemy.

"The Ukrainian army ... is confident in its strength and able to thwart any conquest plans of the enemy," he said.

Russia has dismissed talk of a new assault on Ukraine as false and inflammatory but told the West not to cross its "red lines" and to halt the eastward expansion of the NATO alliance.

Decked out in khaki armor and helmet, Zelenskiy flew east to shake hands with soldiers at the frontline in the Donetsk region, where Ukraine's army has fought Russian-backed forces in a conflict that Kyiv says has killed 14,000 people since 2014.

He then flew to Kharkiv, a city near Ukraine's northeastern border with Russia and a traditional center for weapons manufacturing, to mark a delivery of tanks, armored personal carriers and armored vehicles made in the city's factories.

Standing in front of rows of soldiers, tanks and planes on the city's main square on Monday evening, Zelenskiy trumpeted the ways in which Ukraine's military had equipped itself with the help of NATO allies.

Ukraine, a former Soviet republic that now aspires to join the European Union and NATO, has received Javelin anti-tank missiles from the United States, sophisticated drones from Turkey and signed a deal with Britain to build ships and new naval bases on Ukraine's southern coast. 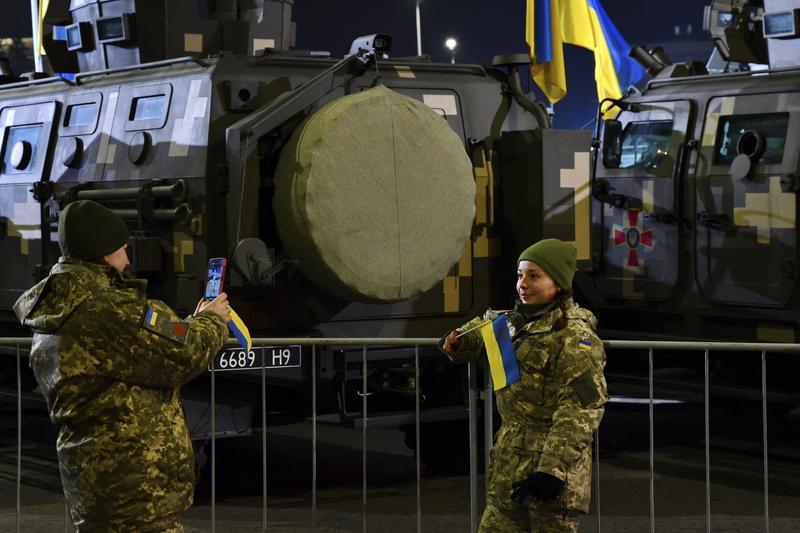 Several cities across Ukraine are marking the 30th anniversary of the creation of an independent military after winning independence from the Soviet Union in 1991.

"Today, together with the Commander-in-Chief of the Armed Forces of Ukraine, I am here in Kharkiv on Freedom Square," Zelenskiy said in an address.

"This is significant, because freedom for us is the greatest value," he said, adding: "it is a symbol of our state, all of Ukraine, which was defended from Russia's aggression in 2014 by our soldiers and continues to be defended by them today." 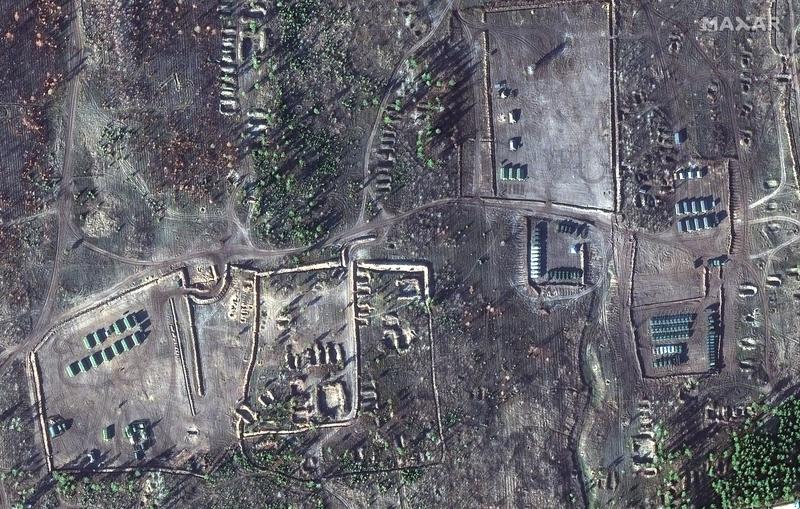 Kyiv, Lviv and the southern port city of Odessa displayed US-made Humvees. In Odessa, there was also a ceremony to hand over two recently delivered US Coast Guard patrol boats intended to bolster Ukraine's navy.

Ukraine has urged NATO to accelerate its entry into the military alliance and said Moscow had no right to veto such a move.

NATO's leadership has been supportive but said Ukraine must carry out defense reforms and tackle corruption first.