By Deng Zhangyu in Hong Kong 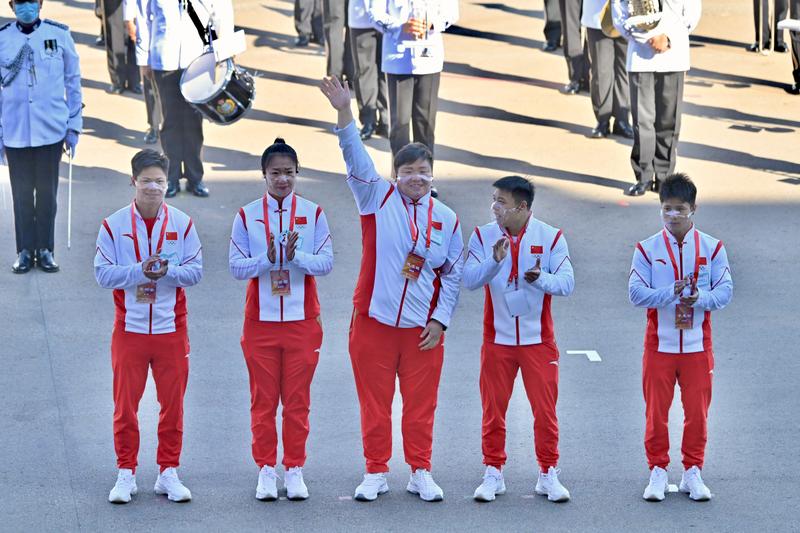 Chinese mainland Olympians on a goodwill visit to the Hong Kong Special Administrative Region met a special group of fans for the first time on Saturday – 500 members of the city’s disciplined services staff – whom they praised as “heroes” and “heroines” for safeguarding Hong Kong’s stability and national security.

The visit to the Fire and Ambulance Services Academy in Tseung Kwan O was made by five members of the 29-strong Olympian delegation – weightlifter Li Fabin, who won the men’s 61-kg category in a one-legged lift at the Tokyo 2020 Olympic Games, veteran weightlifter Chen Lijun, women’s shot-put gold medalist Gong Lijiao, women’s javelin champion Liu Shiying, and Su Bingtian, who set a new Asian record in the men’s 100-meters semifinal at the 2020 Tokyo Olympics. Su is the first-ever Chinese mainland athlete to compete in the Olympic Games 100-meters final.

The delegation is on a three-day visit to Hong Kong till Sunday, during which they’ve met students, local athletes and social groups.

Commending members of the disciplined forces, Li called them “heroes and heroines” of Hong Kong for protecting the city and safeguarding national security. He hoped his sports skills can help them in performing their duties. 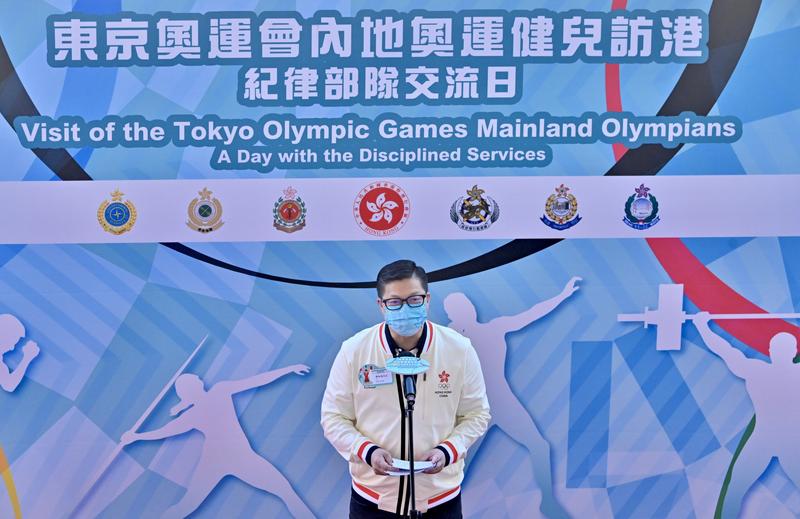 “It’s the first time the central government has arranged such a special communication between mainland Olympians and members of Hong Kong’s disciplined services,” said Secretary for Security Chris Tang Ping-keung.

It’s the first time the central government has arranged such a special communication between mainland Olympians and members of Hong Kong’s disciplined services.

The meeting has demonstrated Beijing’s support for and recognition of Hong Kong’s disciplined services which include the Hong Kong Police Force, the Fire Services Department, the Customs and Excise Department and the Government Flying Service, he said.

Since the 2000 Sydney Olympic Games, it has become a tradition for mainland Olympic champions to make courtesy visits to Hong Kong to meet with local fans and residents.

The 500 members of the various disciplined services departments who attended the meeting were overjoyed as the Olympians shared their experiences and demonstrated their skills. They applauded loudly and screamed each time the champions showed their talents and prowess.

Liu Shiying, who won the women’s javelin gold medal at the Tokyo Olympics, said winning the gold medal has made her more confident and positive about life.

Yau Tsz-kit -- an official from the Customs and Excise Department -- said he’s a big fan of Liu. Yau, who was himself a former javelin expert, said he was excited at being able to demonstrate his skills together with the Olympic champion and having the chance to talk to his idol. 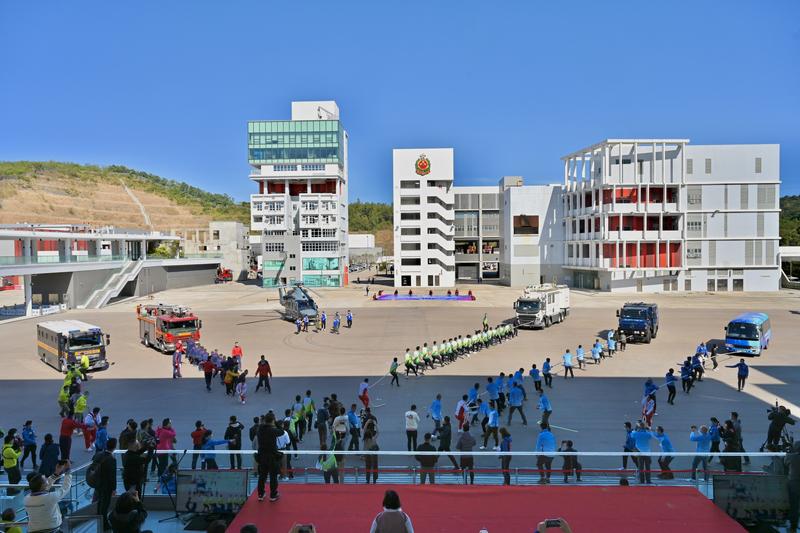 Yau had taken part in javelin competitions when he was a teenager before joining the Customs and Excise Department. “When I saw Liu win the gold medal at the Tokyo Olympics, I was very proud and excited that she had contributed to our country,” he said.

He said he’s looking forward to more exchanges between his counterparts on the mainland and those in Hong Kong. “The Olympians’ meetings with my colleagues are just the beginning. I hope there’ll be more similar activities in the future.”