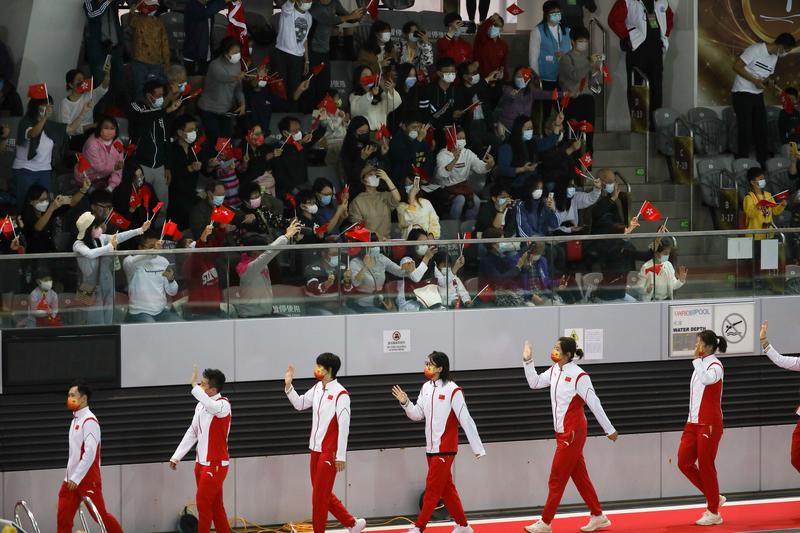 HONG KONG - The visit by a 29-member delegation of Tokyo Olympic medalists from the Chinese mainland to Hong Kong sent sports fever in the special administrative region soaring to new heights on Saturday. Over a series of performances and exchange activities, local residents were wowed by the athletes’ sporting prowess and winning spirit.

Excited at the opportunity to see the elite athletes up close, Hong Kong residents, many of them waving the national flag, formed long lines outside Queen Elizabeth Stadium — the venue for badminton, fencing, gymnastics, and table tennis demonstrations by the Olympians. Equal enthusiasm was in evidence at Victoria Park Swimming Pool in Causeway Bay, where diving and swimming demonstrations took place. 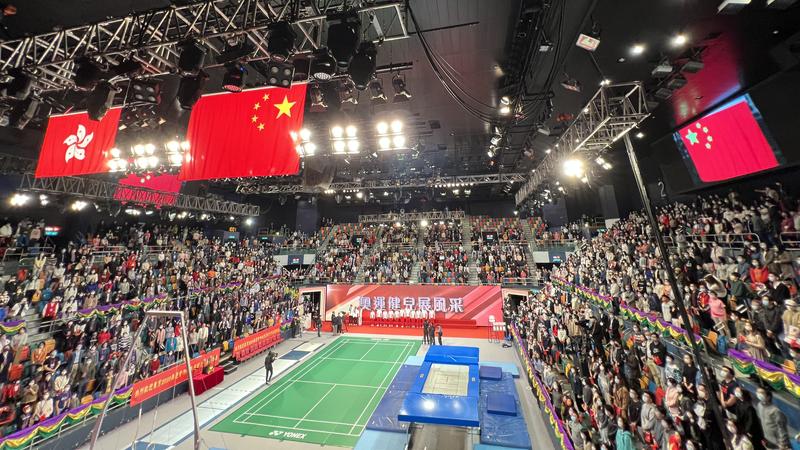 It was the sixth visit by mainland Olympic athletes to Hong Kong since the tradition began after the Sydney Olympics in 2000 — the first Olympic Games following Hong Kong’s return to the motherland in 1997. This year, the top-class athletes come from 12 disciplines.

The demonstrations attracted around 3,400 people, including celebrities such as Guo Jingjing, the four-time Olympic gold medalist dubbed “the Queen of Diving”.

Tse Sa-mei, a 73-year-old fan of table tennis medalist Ma Long, was the first resident in the long line outside Queen Elizabeth Stadium.

Tse expressed wishes for the sports star to stay healthy and keep playing table tennis for the nation.

“Although he’s already 33, I hope he can continue playing, and earning glory and pride for the nation,” said Tse. She added that her greatest wish is to see Ma take part in the 2024 Paris Olympics.

Guo Wenhao, a 34-year-old finance clerk who came to the stadium with his kindergarten-age daughter, said he’s excited to meet the athletes in person. 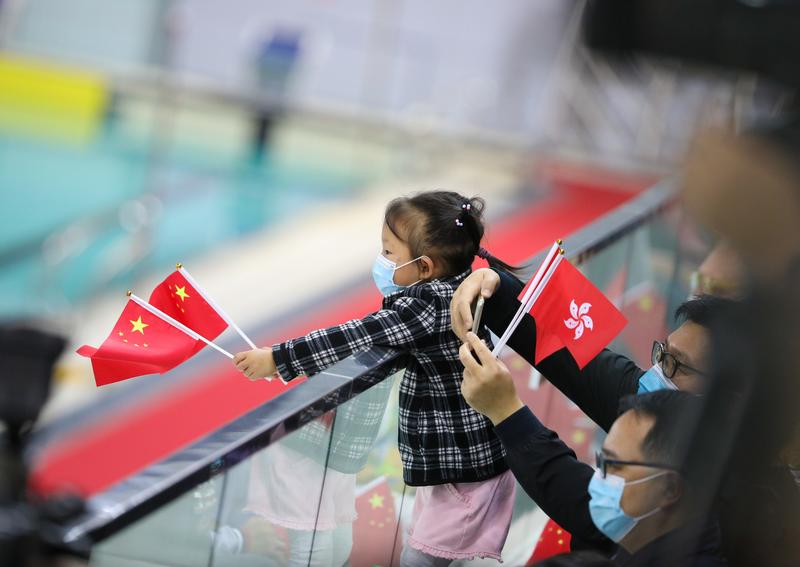 Noting that his daughter is a fan of gymnastics, Guo said he wanted his daughterf to also experience the joy of seeing the athletes perform in real life.

A middle-aged British couple living in Hong Kong said they “very much” enjoyed the diving and swimming show, adding that it was “quite spectacular” to see the elite athletes in action. 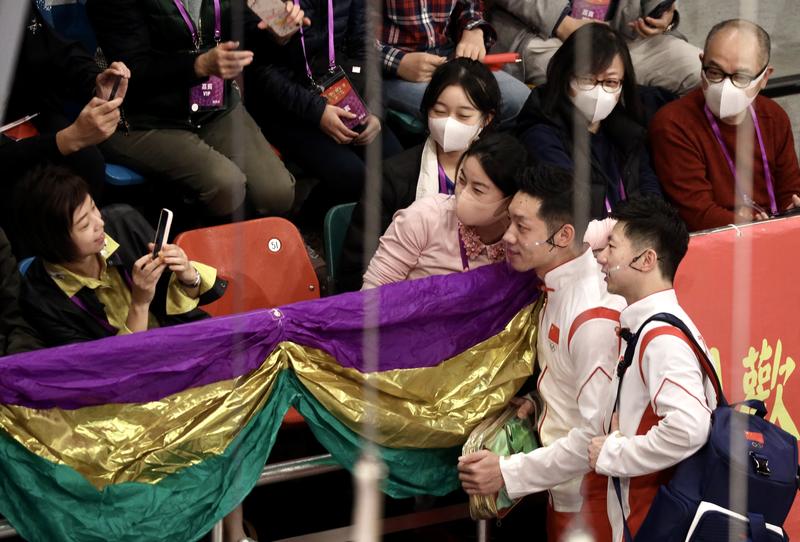 They said it’s great that the mainland athletes come to Hong Kong to share their success at the Tokyo Olympics, adding, “We’re all one big family.”

The pair felt lucky and excited to have secured tickets before they sold out, within hours, on Nov 26.

The delegation will also perform a variety show, this afternoon, at Queen Elizabeth Stadium.