Indian farmers press Modi for more after forcing his retreat 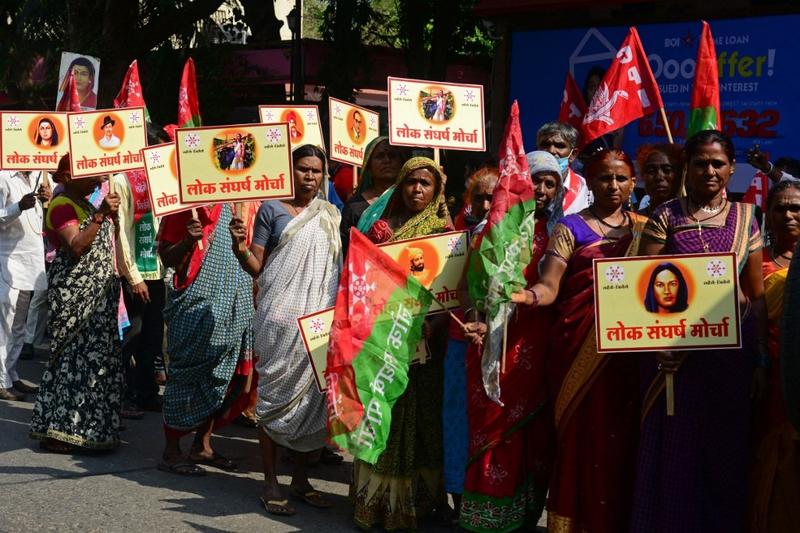 Farmers and activists of local political parties take part in a rally to pay tribute to farmers who lost their lives in protests against the central government's agricultural reform laws in Mumbai on Nov 27, 2021. (SUJIT JAISWAL / AFP)

As lawmakers consider this bill and other legislation, including a ban on private cryptocurrencies during the session, the farmers have vowed to keep pushing ahead with their protests to press the government for guaranteed crop prices.

The three agricultural laws would have eased rules around the sale, pricing and storage of farm crops, which have protected India’s farmers from the free market for decades

“BJP has lost the appetite to implement measures that might face stiff popular opposition,” said Shilan Shah, senior India economist at Capital Economics, referring to Modi’s Bharatiya Janata Party. “Any progress that is made will be in implementing less-contentious reforms.”

Modi himself has been silent since announcing his biggest policy U-turn since he assumed office in 2014. He did not speak in the lower house and only told reporters outside parliament that the government was willing to discuss “all issues.”

The three agricultural laws would have eased rules around the sale, pricing and storage of farm crops, which have protected India’s farmers from the free market for decades. The legislation would have allowed them to sell privately to big agricultural businesses and supermarkets although many farmers have small landholdings and would have found it difficult to negotiate for fair prices.

Modi initially stuck to his guns in pushing through the laws, but as the yearlong protests threatened to shake his party ahead of five state assembly elections, particularly in the most populous state of Uttar Pradesh, due next year, he finally caved. On Nov 19, as India marked the birth anniversary of the founder of the Sikh faith, he vowed to repeal the laws, marking his biggest policy reversal since assuming power in 2014. Sikhs make up a significant vote bloc in the northern state of Punjab, which is one of the provinces headed to polls.

However, the farmers are pushing on with the rest of their demands, and the protests look set to continue.

“The government must make a law for guarantee of minimum support price. This is a question for our survival,” said Avik Saha, secretary of the All India Kisan Sangharsh Coordination Committee. Until our demands, including compensation to families of farmers who died during protests, are met, “our struggle will continue.”

The administration has previously said it will find it difficult to adopt a minimum support price as it involves huge budgetary expenditure. The government currently has set minimum rates for about two dozen crops and buys mainly rice and wheat, at pre-determined prices for its welfare programs.

“Farmers will try to extract as much as they can,” said Arati Jerath, a New Delhi-based author and political analyst who has written about Indian politics for nearly three decades. “There will be some gesture from the government by giving a verbal guarantee that support prices will remain. I don’t think government can legislate.”

ALSO READ: Indian farmers to step up protests after 8 killed in clashes

Aside from repealing the farming laws, as many as 26 other bills are listed for introduction in this session, including a proposal to prohibit all private cryptocurrencies and to help the central bank create an official digital currency. Shah of Capital Economics said one of the more significant bills would be the streamlining of laws to make bankruptcy resolution more efficient.

A parliamentary panel will also issue its recommendations to treat social media platforms like Twitter and Facebook as publishers and set up a regulatory body to oversee them. This is part of a review of a personal data protection bill that seeks to protect users’ privacy and enforce strict controls on how companies such as Alphabet Inc’s Google and Amazon.com Inc collect, process and store data.

While the opposition will use the parliament session to criticize Modi for initially pushing ahead with the farm laws, it remains to be seen whether they can take advantage of the missteps.

On Sunday, Modi was absent from an all-party meeting of federal lawmakers his government had called to ensure that the winter session of parliament functioned smoothly, according to news reports.

“There will be an attempt to taunt and mock Modi,” as he rarely takes back decisions, said Jerath. “It will be interesting to see how Modi responds to opposition jibes because he does not like to be mocked like this.”