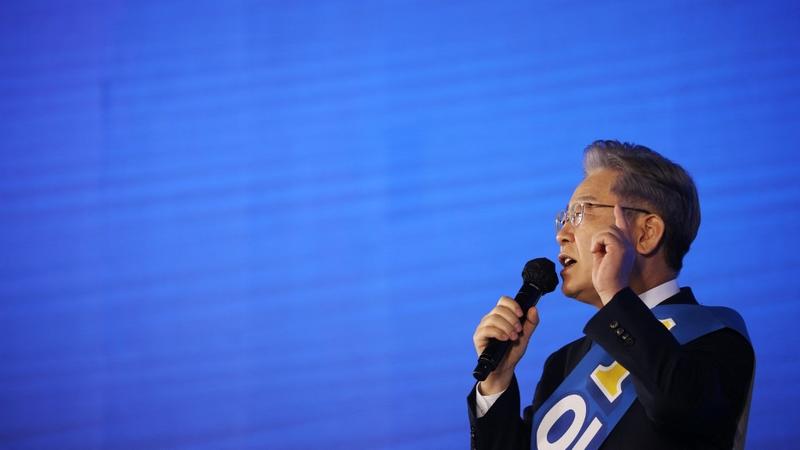 SEOUL - Lee Jae-myung, presidential candidate of Republic of Korea's ruling Democratic Party, vowed on Thursday to pursue a pragmatic diplomacy if he is elected in the presidential election scheduled for March 9, 2022.

"I will pursue pragmatic diplomacy that goes beyond the logic of ideology and forced choices, putting our national interests first," Lee said during a press conference with foreign correspondents in Seoul.

Lee Jae-myung, presidential candidate of Republic of Korea's ruling Democratic Party, described himself as "pragmatist," vowing to be a president who tries to find the most pragmatic ways and move even a step forward to realize what people demand

Lee described himself as "pragmatist," vowing to be a president who tries to find the most pragmatic ways and move even a step forward to realize what people demand.

Lee said he will strengthen economic diplomacy for ROK and businesses, while further advancing the ROK-US alliance and strengthening future-oriented ROK-China relations.

He said that he will take bold actions to improve ROK-Japan relations based on the joint declaration adopted by then ROK President Kim Dae-jung and then Japanese Prime Minister Keizo Obuchi in 1998, which stated that the two countries need to face an unfortunate history with open hearts and build a relationship predicated on mutual understanding and trust.

Regarding the relations with the Democratic People's Republic of Korea (DPRK), Lee said he would create a "pragmatic relationship" that helps the economic development and support the livelihoods of the people of the two Koreas.

To solve the Korean Peninsula's nuclear issue, Lee said that he will meet with US President Joe Biden and top DPRK leader Kim Jong-un in person with the solution of the "conditional relief of sanctions with the phased, simultaneous actions."

Denuclearization talks between the DPRK and the United States have been stalled since the second summit between the top DPRK leader and former US President Donald Trump ended without an agreement in February 2019 in the Vietnamese capital of Hanoi.