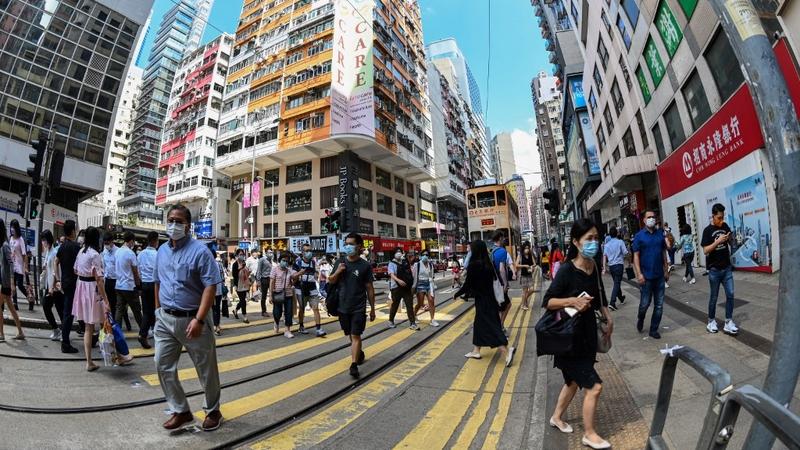 HONG KONG – Hong Kong reported six new COVID-19 infections on Tuesday, bringing the tally in the financial hub to 12,410, as 70 percent of the city's eligible population have received at least one dose of the COVID-19 vaccine.

Some 4.71 million people have taken at least one dose of vaccine against the coronavirus as of 7 pm Tuesday, nine months after the local inoculation drive began, government data showed.

Among them, more than 4.5 million are fully vaccinated with two shots, accounting for 66.9 percent of the eligible people.

Meanwhile, 96,266 people have received their third COVID-19 shot since the rollout of the booster program in early November.

All the six cases reported on Tuesday were imported, the Centre for Health Protection said in a statement.

“Five of the cases involved mutant strains while the viral load of the remaining case is insufficient for mutation tests,” the CHP said.

The cases involved three male and three female patients aged 6 to 74. One of them arrived in Hong Kong from the United States, another from the United Kingdom and the remaining four from Pakistan.

Among the cases, the 27-year-old female patient from the United Kingdom lives at Winning House in Sheung Wan.

“Her Ct value is less than 30 and her specimen carried the L452R mutant strain but was negative for the N501Y and E484K strains,” according to the CHP.

She works on the 37th floor of International Commerce Centre in Tsim Sha Tsui and last went to work on Nov 3.

“As a prudent measure, the places where she resided, worked and visited in Hong Kong during the incubation period had been included in a compulsory testing notice,” the center said.

Anyone who had been present at the relevant venues at specified periods also needs to undergo compulsory testing on the specified date.

A total of 36 cases have been reported in the past 14 days and all of them are imported cases.

In another development, three passengers on Emirates passenger flight EK384 that arrived in Hong Kong from Dubai via Bangkok on Nov 21 tested positive to COVID-19 on arrival at Hong Kong International Airport.

As such, the Department of Health has invoked the Prevention and Control of Disease regulation to prohibit the landing of passenger flights from Dubai and Bangkok operated by Emirates in Hong Kong from Nov 23 to Dec 6.