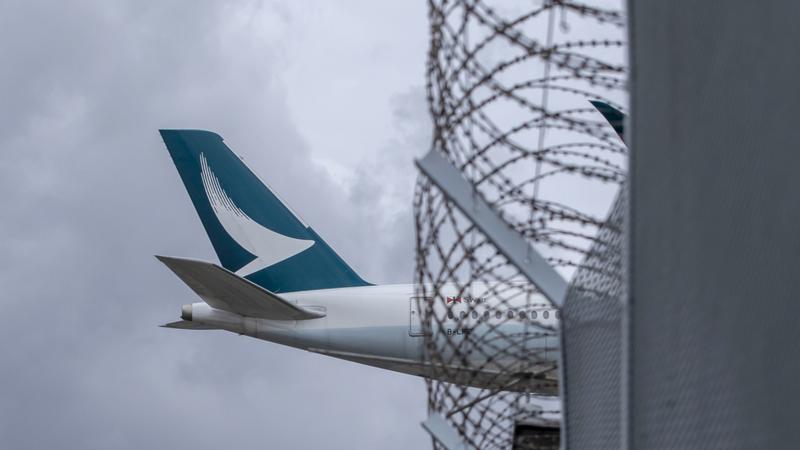 The three cargo flight pilots tested positive for the coronavirus after flying back from Frankfurt early this month, prompting the Hong Kong government to send about 130 cargo pilots into quarantine for 21 days.

"After investigation into these cases, regrettably, the findings indicate a serious breach of requirements during crew overseas layovers," the airline said in a statement on Thursday. "The individuals concerned are no longer employed by Cathay Pacific."

After investigation into these cases, regrettably, the findings indicate a serious breach of requirements during crew overseas layovers. The individuals concerned are no longer employed by Cathay Pacific.

In a separate statement, a spokesperson for the Transport and Housing Bureau said it had received Cathay's investigation report, describing the behaviors of the trio as unacceptable.

"The THB is deeply regretful of and can hardly accept the concerned cargo crew's non-compliance with the requirements of closed-loop operation during their layover at the outport concerned," the spokesperson said.

Though noting that these are individual cases, considering the severity of the incident, the bureau has directed Cathay Pacific to follow up on the matter seriously and to make the best efforts in preventing the occurrence of similar incidents.

Upon the bureau's request, Cathay Pacific has implemented a series of measures, including imposing daily post-arrival testing for returning aircrew and stepping up the monitoring of aircrew's compliance with the requirements of closed-loop operation during their layovers at outports, according to the spokesperson.

The airline has also imposed more stringent restrictions on aircrew's movements during their medical surveillance periods and required the aircrew to receive the third dose of COVID-19 vaccine.

The bureau will continue to maintain close communication with the airline industry with a view to maintaining smooth air cargo services into and out of Hong Kong while safeguarding public health, the spokesperson added.