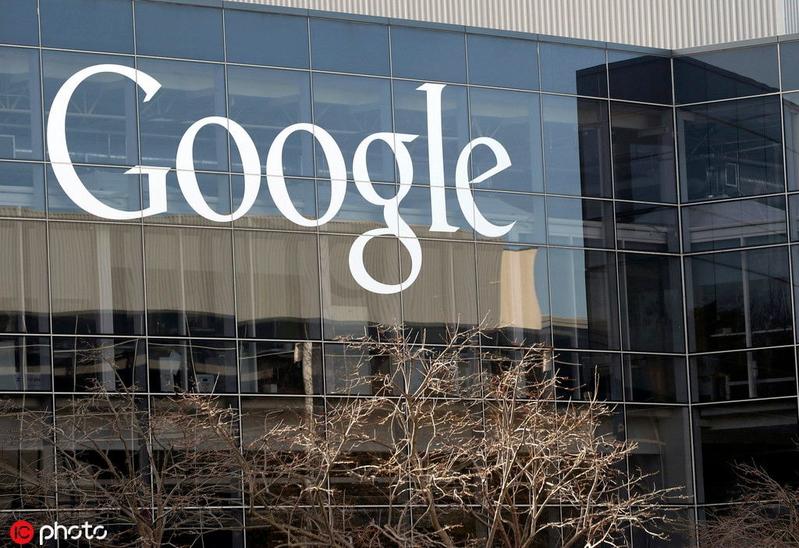 Google's headquarters in Mountain View, California, the US. (PHOTO / IC)

Third-quarter revenue, excluding payments to distribution partners, was about $53.6 billion, the company said Tuesday in a statement. Analysts projected $52.6 billion, according to data compiled by Bloomberg. YouTube ad revenue and Google Cloud sales both fell short of analysts’ estimates, driving the shares down about 1 percent in extended trading.

Chief Executive Officer Sundar Pichai has tried to keep Alphabet’s revenue engine chugging along by prioritizing three areas: e-commerce, YouTube and cloud computing. That helped the internet giant rebound from a dour 2020, when some marketers pared their budgets as they coped with the initial shock of the COVID-19 pandemic. In the most recent quarter, the retail, travel, and media and entertainment industries heavily advertised on Google’s platforms, the company said.

Alphabet’s fortunes remain highly dependent on macroeconomic factors, including supply-chain doldrums that have plagued nearly every industry and could bite retailers and ad companies during the holiday-shopping season

Still, the company’s fortunes remain highly dependent on macroeconomic factors, including supply-chain doldrums that have plagued nearly every industry and could bite retailers and ad companies during the holiday-shopping season. The Mountain View, California-based company also has been let down by its video platform YouTube and its cloud arm, both of which are meant to help it diversify away from the core search engine that brings in most of its revenue.

Alphabet’s profit was $27.99 a share in the third quarter, beating the average estimate of $23.50. But YouTube ad revenue came in at just $7.2 billion. Analysts were looking for the world’s most popular video-sharing site to generate about $7.5 billion.

Sales from the company’s cloud division rose to $4.99 billion, missing Wall Street expectations of $5.04 billion. While the unit has gained some market share under Thomas Kurian, it still lags far behind leaders Amazon Web Services and Microsoft Corp. Pichai said he believes the unit has “continued momentum” on the call.

“It was modestly off of the street’s estimate, but we feel very good with the momentum,” Porat said on a call with reporters. “We are very pleased with the ongoing progress across the board, the product innovation, the buildout of our teams and the strength across verticals.”

Alphabet also repurchased $12.6 billion in shares last quarter, and said its employee base grew to 150,028, up 18,000 from a year earlier. Porat pledged on the earnings call to continue investing in servers, real estate and headcount for Google Services and the cloud division. 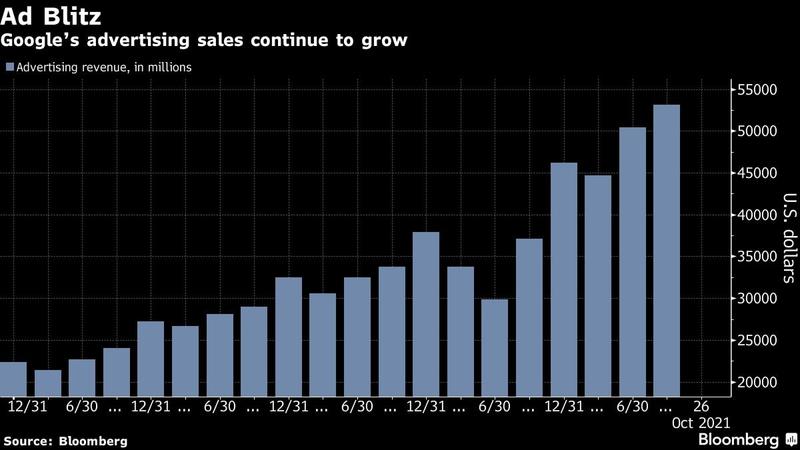 The executive also warned that sales from Google’s app store would suffer from the company reducing its commission this summer after pressure from regulators and software developers.

“Google Play’s contribution to revenue growth will remain more muted given the ongoing impact of both lapping the increased level of user engagement that started in the first quarter of 2020 due to the pandemic, as well as the fee change that took effect on July 1,” Porat said on the call.

“They are benefiting still from some of the commerce moving online because of the pandemic,” Mark Ballard, a researcher at marketing performance firm Tinuiti, said in an interview ahead of the results.

Google recently launched its line of Pixel 6 smartphones, the company’s latest effort to break into the competitive consumer-electronics market. But like other manufacturers, Google’s hardware unit is dealing with difficulties getting enough supplies, Porat said.

“We’ve been risk-managing the supply-chain challenges well,” Porat said. “We are working closely with suppliers and logistics partners to plan and pivot when and where we need. With the strong reviews and demand on the Pixel 6, we do expect some supply constraints.”