HK to end most quarantine exemptions for travelers 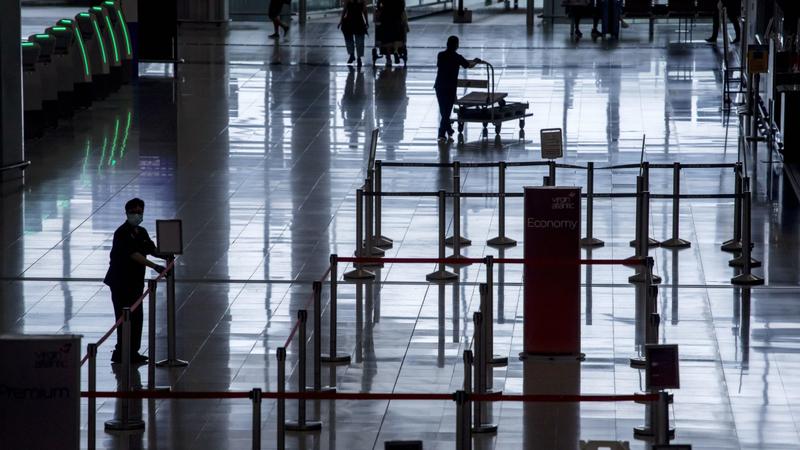 HONG KONG - Hong Kong will soon end most of the quarantine exemptions for overseas and mainland travelers in the hope of reopening the border with the mainland as soon as possible.

"In relation to exempted groups of quarantine-free personnel, most of these will be removed — we will only leave those relating to emergency services or services relating to the everyday supply and logistics of Hong Kong, say for example cross-boundary truck drivers,” Lam said. “This is to give confidence to the central authorities that it is safe to open the border."

Hong Kong currently allows some people from a dozen industries to be exempted from the compulsory quarantine measures. That includes executives from the insurance and financial industries, directors of public companies, scientific experts on COVID-19 and crew members on airplanes, passenger ships and cargo vessels.

In August, however, the government prompted a public outcry when officials allowed Hollywood actor Nicole Kidman to skip the quarantine system and shoot a television series. At that time, the city was issuing about 40,000 exemptions monthly to arrivals at bridges, the airport and other ports of entry, according to a government statement.

Lam also said she wasn’t worried that the quarantine measures were harming the city’s reputation as a global financial hub as expressed by some foreign business groups.

“If Hong Kong were to loosen the border controls people arriving from overseas, or adopt what other countries have done —  so called ‘live with the COVID-19 virus’ —  then the chances of resuming travel with the mainland will be reduced,” Lam said. “So I can only say to those representing the financial sector that we have to look at it in context. And the context is Hong Kong’s primary advantage lies in being the gateway to the mainland.”

The new cases involved two women and a man aged between 28 and 65, said the Centre for Health Protection in a statement.

They had traveled to Pakistan, the United Arab Emirates and Singapore before arriving in Hong Kong and all three have been fully vaccinated.

A total of 59 cases have been reported in the past 14 days and all of them are imported cases. Hong Kong's infection tally stood at 12,331 with 214 deaths.