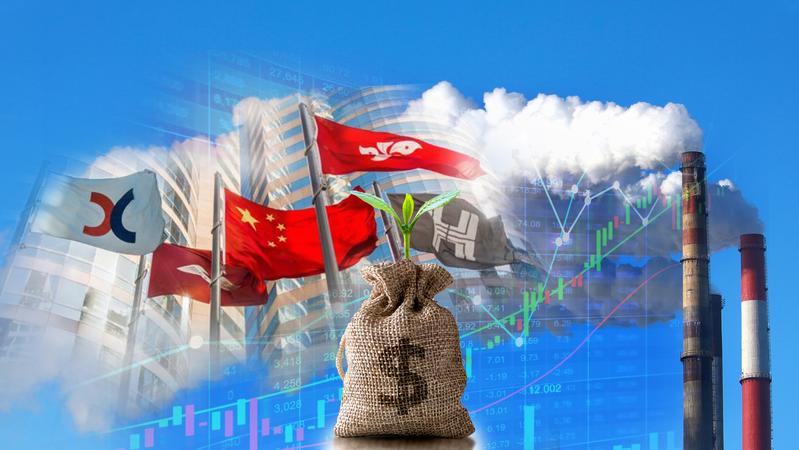 Hong Kong has taken a crucial step forward in becoming the region’s carbon trading hub with the setting up of a Carbon Market Work Stream headed by the city’s bourse operator and securities watchdog.

The CMWS, established in July by the special administrative region government’s Green and Sustainable Finance Cross-Agency Steering Group, will play a key role in the transition of the financial ecosystem to carbon neutrality, tap opportunities in the carbon market on the Chinese mainland and overseas, and strengthen collaboration in the Guangdong-Hong Kong-Macao Greater Bay Area.

It’s important there should be clear market information about the design and operation of any carbon pricing mechanism, such as auctions, permit allocations and caps

The market working group is co-chaired by the Securities and Futures Commission and Hong Kong Exchanges and Clearing.

“The SFC and HKEX are leading a feasibility study of developing Hong Kong as a regional carbon trading center to strengthen collaboration in the Greater Bay Area, including exploring opportunities presented by both the compliance carbon market and the voluntary carbon market on the mainland and overseas,” said Grace Hui, managing director, head of green and sustainable finance, markets division, at HKEX.

“We hope to finish the study by the end of this year. The mainland and key overseas markets are dedicated to transitioning to a green, low-emission and climate-resilient economy. As an international financial center and a risk management pivot in the region, Hong Kong is in a unique position to play a strategic role as the mainland’s gateway and mobilizer of capital to facilitate the national carbon neutrality goal,” she said.

Industry experts have welcomed the move, saying it will give weight to Hong Kong’s claim to being Asia’s premier green finance hub.

“There are few operational carbon markets in Asia beyond the mainland. A well-functioning carbon market that is open to foreign investment could be a significant draw for international capital that will support Hong Kong’s claim to being a premier green finance center,” said Mark Uhrynuk, partner of global law firm Mayer Brown.

Amid the catastrophic and unprecedented impact of climate change, more countries and corporations have net-zero carbon ambitions to enable more players to trade carbon credits. However, the audit and assurance of these carbon credits may not be strong as there are many different standards in carbon trading.

According to global financial data provider Refinitiv, the value of the global carbon market volume traded for spot and derivatives reached 229 million euros ($265 million) last year — a fivefold increase from 2017.

“The CMWS should build up trust and transparency in the carbon credit trading market, and ensure that these carbon credits have a high level of legitimacy,” said Pat Woo, a partner at KPMG China and global co-chair for sustainable finance for KPMG Impact.

He stressed the need to create an asset class of carbon credits in Hong Kong to help the city realize its goal of becoming Asia’s premier green financing hub.

She said the CMWS will also make Hong Kong market players better prepared by facilitating a shift in their attitude and helping them become familiar with the mainland’s environmental policies and trading mechanisms.

The program aims to slash carbon dioxide emissions by requiring covered entities to pay for emissions and invest in technologies that will enhance fuel efficiency and reduce pollution.

Initially, the national ETS regulates 2,225 power operators and related entities from 2019 to 2020, targeting power plants that emit more than 26,000 metric tons of carbon dioxide or equivalent annually in any period between 2013 and 2019. These power generators are estimated to account for 40 percent of the nation’s carbon dioxide emissions and one-fifth of the global carbon dioxide output.

Citigroup estimates China’s ETS will be worth $800 million in the first year, and grow rapidly to $25 billion by 2030.

Foreign investors or individual investors are unlikely to be allowed to trade in the national ETS in the early stages. The program’s main investment product is the emissions allowance, and trading is limited to spot transactions, whereas over-the-counter transactions are not covered. Other products, such as futures and derivatives, are also not covered for the time being.

A study by Asia Investor Group on Climate Change and UK-based fund manager Schroders revealed that China’s national ETS could reduce emissions from 2020 levels by 30 percent to 60 percent by 2060.

“Carbon pricing is generally supported by investors as an efficient way to mitigate emissions and help price climate risk in the economy. It is important there should be clear market information about the design and operation of any carbon pricing mechanism, such as auctions, permit allocations and caps,” said AIGCC CEO Rebecca Mikula-Wright.

The AIGCC is an initiative to create sustainability awareness of 60 asset owners and financial institutions from 13 countries and regions representing over $26 trillion in assets under management.

As further expansion to include foreign participants may take some time, the Greater Bay Area could be an option for foreign investors to enter the mainland carbon market before participating in the national ETS market.

Financial analysts said that Hong Kong should consider establishing a “carbon connect” mechanism in carbon trading, like the city’s stock and bond connect programs with the mainland. But, even if a carbon market connect is set up, the envisaged Hong Kong carbon trading market will not link up with the mainland’s ETS market, which is mainly a regulated market, they said.

“Being a small economy that lacks carbon-intensive sectors, such as manufacturing and utilities, it is important for Hong Kong to have a carbon trading market connect program and form a strategic alliance with mainland markets, instead of going it alone and competing with other mainland cities that have already launched pilot programs,” Li said.

“Hong Kong should not create a new standard in carbon trading because there are already many such international standards. Hong Kong should take one of these global standards, otherwise, international practitioners may incur unnecessary compliance costs to satisfy the compliance standard that is just applied in the Hong Kong carbon trading market,” Woo said.

Calling this a “balancing act”, Woo said while Hong Kong needs to build trust and transparency in the carbon trading market, its financial regulators should not make carbon trading “overly complicated” from a compliance angle.

It is important to prevent greenwashing — an attempt by an organization to disseminate disinformation in order to present an environmentally responsible public image — in carbon credit trading. This is important because many participants are unclear of the trading standards in a developing market, such as the green finance business.

Financial analysts said that a carbon trading market link between Hong Kong and the mainland could fend off potential competition from Singapore in the carbon trading business.

DBS Group, Standard Chartered Plc, Singapore Exchange and the island city’s state-owned investor Temasek Holdings have set up Climate Impact X in Singapore — an exchange and marketplace for trading carbon credits that is due to be launched by the end of this year.

Fragmented carbon credit markets, characterized by thin liquidity and questionable quality of credits, would propel demand for carbon credit trading in Singapore. Its proximity to Southeast Asia would rekindle carbon credit trading for the protection and restoration of natural ecosystems such as forests, wetlands and mangroves in this region, according to financial experts.

“One of Singapore’s great competitive advantages is its innovation ecosystem and the number of innovative technology companies based there. CIX will take advantage of Singapore’s technology ecosystem and leverage blockchain and artificial intelligence technology to ensure the system is transparent and trustworthy. This type of innovation can be a big selling point to investors and other market participants,” said Alexander Burdulia, a registered foreign lawyer at Mayer Brown.

He noted that Hong Kong is also a technology leader in the region, particularly in financial technology, so any competition with Singapore could come down to whether the SAR is better able to provide truly innovative, transparent and secure carbon trading solutions.

Uhrynuk said regulatory clarity will be important for Hong Kong in competing with other carbon markets. “If there is to be a connect with the national ETS market, it is important for regulators to clearly define the parameters of that relationship.”

Woo said he believes Singapore’s carbon trading may be attractive for Southeast Asian companies, but Hong Kong’s market size and its carbon market trading potential will be bigger than Singapore’s.