HK: No 8 storm signal to remain in force at least until sunrise 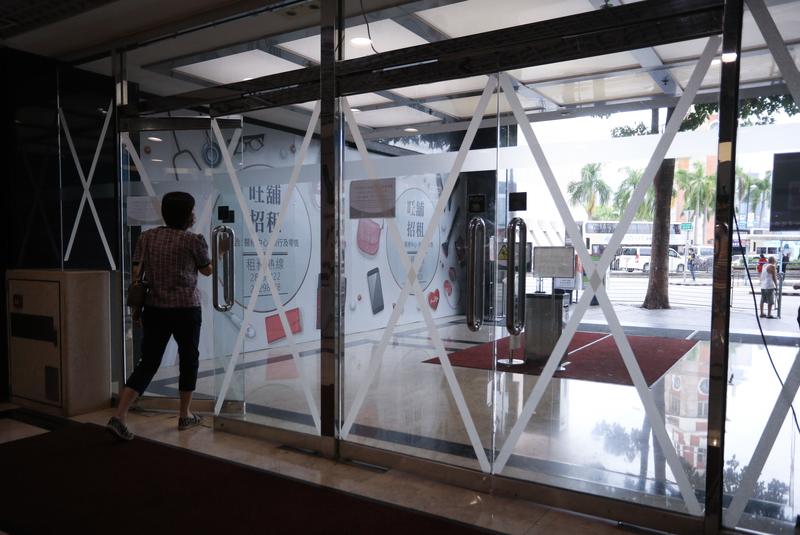 A woman walks out of a shopping mall where glass doors were tapped ahead of typhoon signal No 8, Hong Kong, Oct 12, 2021. (CALVIN NG/CHINA DAILY)

HONG KONG – The Hong Kong Observatory raised the No 8 Northeast Gale or Storm Signal at 5:20 pm on Tuesday as severe tropical storm Kompasu moved closer to the territory.

With the combined effect of Kompasu and the northeast monsoon, strong to gale force northerly winds prevail over the coast of Guangdon.

According to the present forecast track, Kompasu will be closest to Hong Kong early Wednesday morning, skirting within 400 kilometers to the south of the territory, the HKO said.

The No 8 storm signal "will remain in force at least before sunrise tomorrow morning," the observatory said.

“With the combined effect of Kompasu and the northeast monsoon, strong to gale force northerly winds prevail over the coast of Guangdong. The outer rainbands associated with Kompasu are also affecting the eastern part of Guangdong,” the observatory added.

The No 8 signal means that winds with mean speeds of 63 kilometers per hour or more are expected.

It’s unlikely Kompasu will make a direct hit on Hong Kong. The current forecast has its eye passing well to the south and striking Hainan Island and then making its final landfall in Vietnam on Thursday, said Jason Nicholls, a meteorologist with AccuWeather Inc. Its large girth will ensure at least 5 to 8 centimeters of rain will fall on Hong Kong — where showers have already begun — through Wednesday, causing some urban flooding.

“The main impact in Hong Kong will be the rainfall,” Nicholls said. “I am not sure winds are going to be an issue.” At their worst, gusts could probably reach 80 to 97 kilometers per hour. 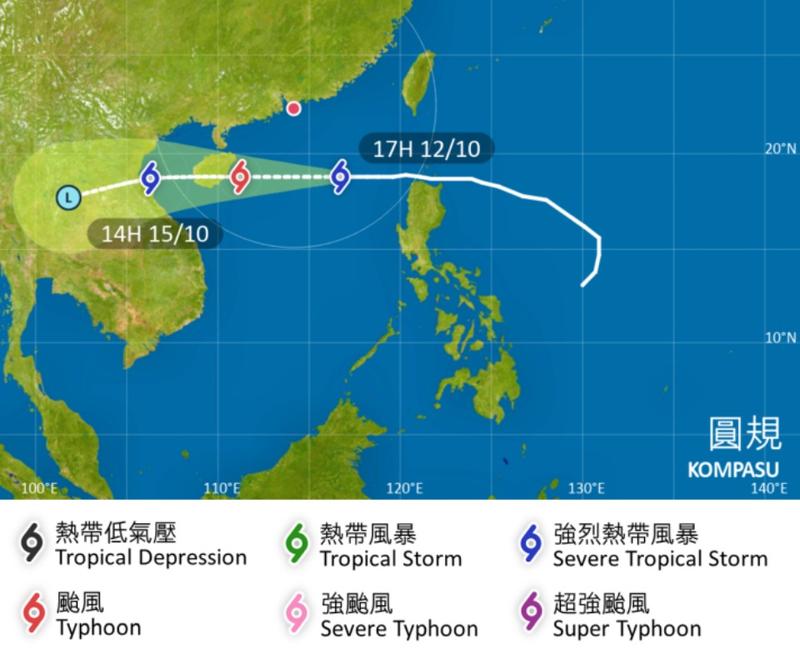 At 8 pm, Kompasu was estimated to be about 450 kilometers south-southeast of Hong Kong and was forecast to move west at about 25 kilometers per hour across the northern part of the South China Sea towards the vicinity of Hainan Island.

The hosting of storm signal No 8 has prompted the city's stock exchange to suspend after-hours trading.

Whether Hong Kong Stock Exchange activity will resume on Wednesday depends on the cyclone’s movement. The stock exchange operator will scrap pre-market trading if signal No 8 is in force between 7 am and 9 am, according to its rules. There will not be a morning session if the No 8 warning is lowered after 9 am, and no trading for the day if it’s still in effect after midday.

At least one person was injured during typhoon signal No 8. Meanwhile, authorities received nine reports of fallen tress as of 8 pm.

At least 105 people have sought refuge at 24 temporary shelters opened by the Home Affairs Department in various districts.

The storm also prompted the suspension of classes and vacination services in the city. In a statement, the Education Bureau said that classes of kindergartens and schools for children with disabilities are suspended Tuesday.

The Observatory said storm surges induced by Kompasu and heavy rain may lead to flooding in low-lying areas while seas will be rough with swells.

In a separate statement, the Leisure and Cultural Services Department appealed to members of the public not to visit beaches to avoid accidents.

The community vaccination centers under the government's citywide vaccination program were closed at 3 pm.

For those whose bookings are affected, their booking will be rescheduled to a later date and they will be informed of their new appointment date and time by SMS notification, the government said.

The Hospital Authority said its general out-patient evening clinics will be closed today while the Accident and Emergency services at public hospitals will remain normal.

Kompasu is the second tropical storm to affect Hong Kong in three days, after Lionrock brought flooding to some low-lying areas as it pounded the city on the weekend.