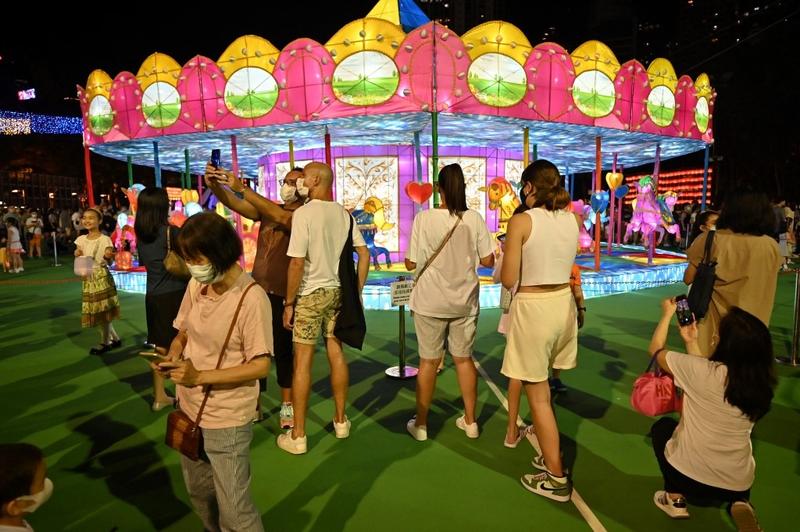 Visitors walk though a display of lanterns on mid-autumn festival in Hong Kong on Sept 21, 2021. (PETER PARKS / AFP)

HONG KONG - The number of Hong Kong residents who have been fully vaccinated against COVID-19 surpassed four million on Tuesday, according to the government.

The government said in a statement that a total of 4,005,300 residents have taken the required two vaccine shots as of Tuesday night.

A total of 12,800 residents took their second shot on Tuesday, with 5,000 choosing the Sinovac vaccine while 7,800 got the BioNTech jab, the government said.

About 8,423,300 vaccine doses have been administered to members of the public since the start of the city's vaccination campaign in February, including 4,418,000 people who have received their first dose, it added.

The government also said that the Department of Health received 115 reports of adverse events after inoculation during the week before Sept 19.

No death case was reported by the Hospital Authority involving individuals who had received jabs within 14 days before they passed away and had potential association with vaccination.

In a statement, the CHP said the new patient is a 55-year-old woman from the Philippines, where she had taken two doses of the Comirnaty vaccine on June 22 and July 13. The patient had no symptoms.