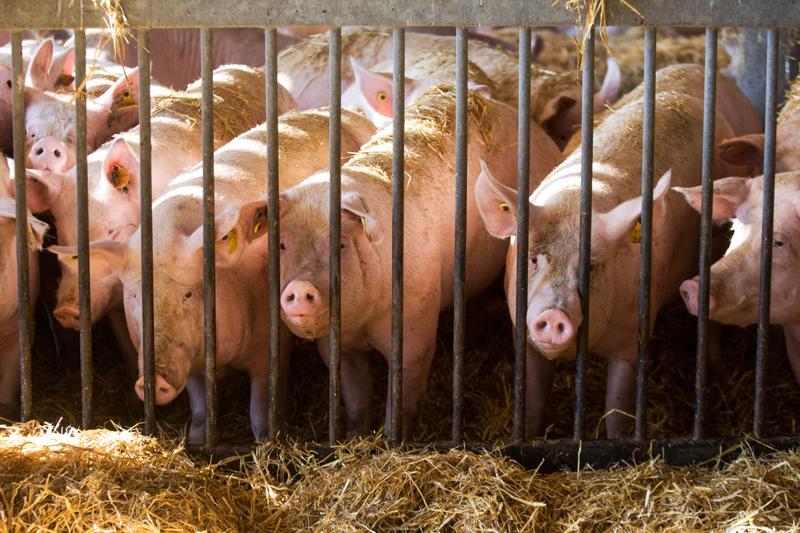 Staffing shortages across UK slaughterhouses have left pig farms crammed with 95,000 extra animals, and a looming carbon-dioxide crunch could make the problem even worse.

Farmers are using any spare accommodations available to house the animals, from cattle barns to potato storage sheds, said Zoe Davies, chief executive officer of the National Pig Association. But the fix isn’t a long-term solution and a range of factors hitting the industry at once -- from Brexit to the pandemic to shortage of the gas -- have created a “perfect storm” of bad conditions, she said.

Nick Allen, CEO of the British Meat Processors Association, told Bloomberg TV that 80 percent of pigs and poultry in the UK are slaughtered using CO2 and there is little scope to change the process for hogs as it’s considered the most humane method

Nick Allen, CEO of the British Meat Processors Association, told Bloomberg TV on Monday that 80 percent of pigs and poultry in the UK are slaughtered using CO2 and there is little scope to change the process for hogs as it’s considered the most humane method.

“If we lose CO2 then we won’t be able to operate and the consequence will be those animals end up staying on the farm. It’s almost unthinkable,” Allen said. “In the worst-case scenario, if the CO2 dries up, about four or five days after that the shelves will be empty of British pork and British poultry. It is that quick.”

UK Business Secretary Kwasi Kwarteng told Parliament on Monday that he’s working with the Department for Environment, Food and Rural Affairs and the Treasury to help alleviate the CO2 shortage.

“We are very keen to push forward plans very soon to make sure there is a consistent and regular supply of CO2,” Kwarteng said, while answering questions on Britain’s natural gas-supply crunch, which has led to prices surging.

However, pig producers are already cutting back the number of sows for breeding by about 5 percent, although it will take about nine to 10 months for that to curb the herd, according to Davies. The group has called the situation the worst crisis to hit the sector in two decades, and the British Meat Processors Association warned farmers could be forced to cull pigs on farms if the CO2 problems aren’t quickly resolved.

“They’re very frightened because they just don’t know what the endgame is going to be,” Davies said. “If we don’t get CO2 back, it will be game over for a lot of people.”