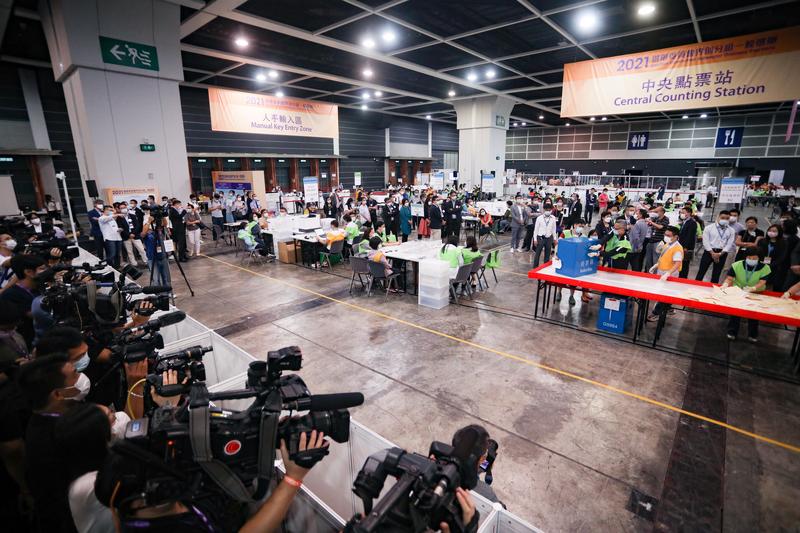 Members of the media cover the vote-counting at the count center for the 2021 Election Committee Subsector Ordinary Elections at the Hong Kong Convention and Exhibition Centre on Sept 19, 2021. (CALVIN NG / CHINA DAILY)

In a statement issued on Monday morning, the spokesman noted that the elections were the first polls held after the reform of Hong Kong's electoral system, which led to the Election Committee becoming more broadly representative.

The spokesman said the committee’s new constitutional function will “facilitate rational interaction between the executive authorities and the legislature, and effectively enhance governance efficiency.”

“The new electoral system has laid down a solid foundation and with the support of the general public, we believe Hong Kong is able to fully and accurately implement the principle of 'one country, two systems' and maintain long-term prosperity and stability," he said. 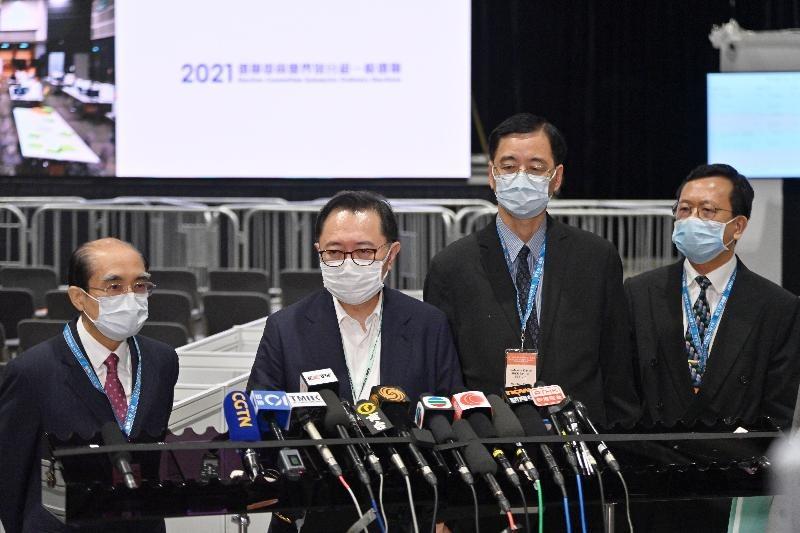 The election results unveiled on Monday morning showed 364 of 412 candidates elected as members in 13 subsectors of the Election Committee.

After the voting hours of the elections ended at 6:00 pm on Sunday, HKSAR Chief Executive Carrie Lam Cheng Yuet-ngor said the elections, the first after improvements to Hong Kong's electoral system, are particularly meaningful

After the voting hours of the elections ended at 6:00 pm on Sunday, HKSAR Chief Executive Carrie Lam Cheng Yuet-ngor said the elections, the first after improvements to Hong Kong's electoral system, are particularly meaningful.

The elections show that the HKSAR implements the principle of "patriots administering Hong Kong" in its political system, safeguards national sovereignty, security and development interests, and ensures the successful implementation of "one country, two systems," she said.

"Overall, we noticed that the polling process went smoothly. About 4,380 voters have casted their votes. All election arrangements have reflected the principles of openness, fairness and honesty. However, the processes of ballot box delivery and counting were not satisfactory, and the time taken was beyond reasonable expectation,” said Chairman of the Electoral Affairs Commission Justice Barnabas Fung Wah.

“Upon initial analysis, the counting staff lacked flexibility, and they could not respond promptly and seek assistance when facing problems. It is imperative that the Registration and Electoral Office should do a thorough review regarding the counting process," he added. 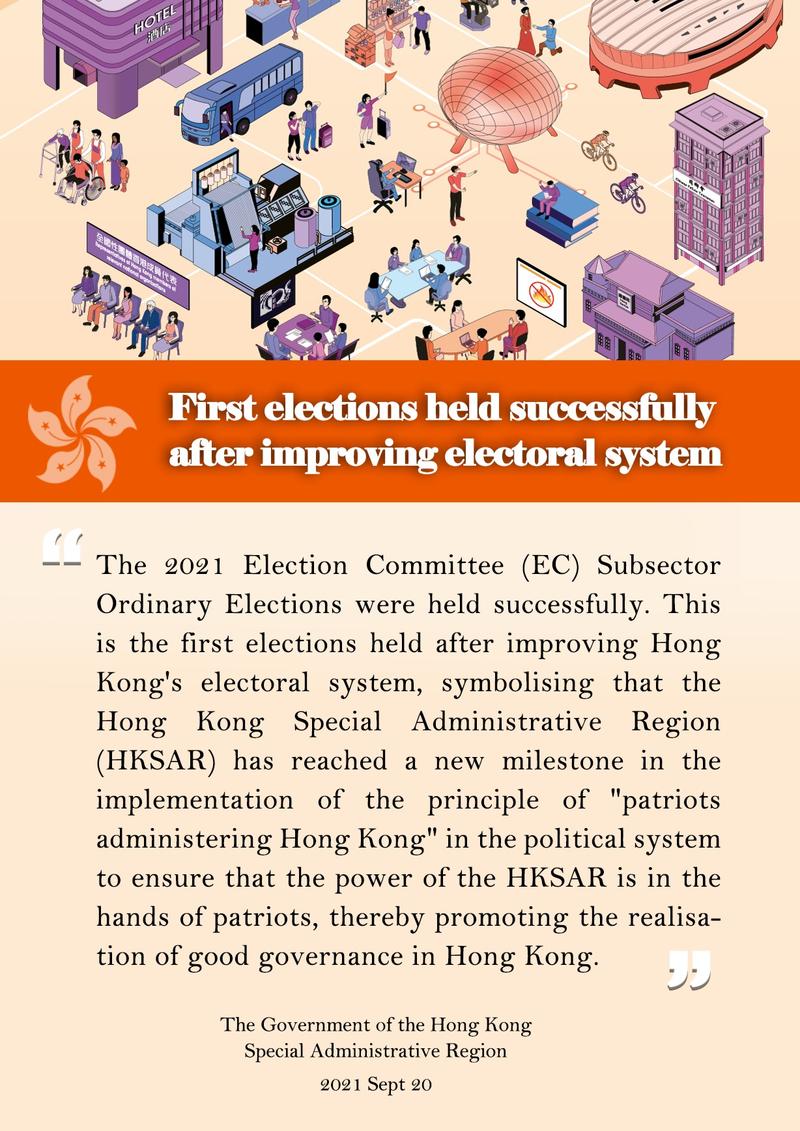 The EAC said it will do a detailed review to find out any aspect that could be improved. A report on the Election Committee Subsector Ordinary Elections will be submitted to the Chief Executive.

The actual number of members of the Election Committee will be fewer than 1,500 due to the LegCo election yet to be held and the overlapping status of some ex-officio members.

The five-year term of the new Election Committee will start on Oct 22 of this year and end on Oct 21, 2026.

The EAC  thanked the government departments involved in the polls, especially the Crisis Management Committee members which includes the Constitutional and Mainland Affairs Bureau, the Hong Kong Police Force, the Home Affairs Department, the Information Services Department and the Department of Justice.