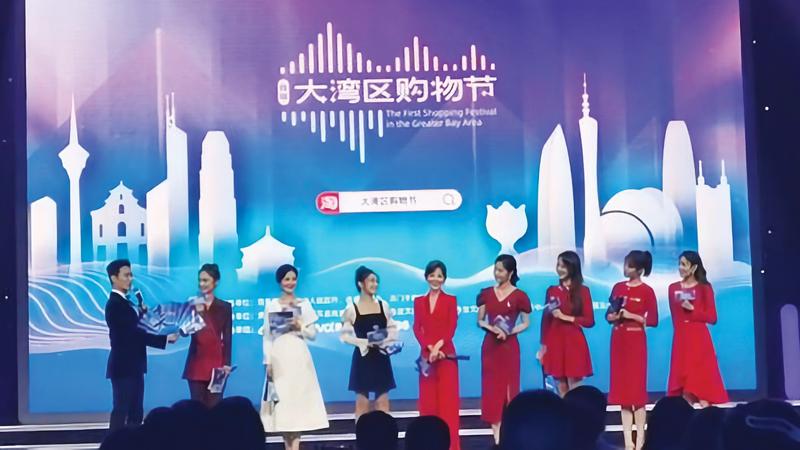 With border closures and dampened consumer sentiment during the pandemic, Hong Kong’s retail sales plummeted by a record 24.3 percent in 2020.

“With preferential policies, including free delivery and 2,000 self-pickup spots in Hong Kong, the festival can in some way overcome the long-lasting logistics obstacles due to border checkpoints’ closure,” said Bruce Pang, head of macro and strategy research of China Renaissance Securities (Hong Kong). “It allows mainland people, who would have traveled to Hong Kong for a shopping spree, to do it online. Hong Kong residents can also lay their hands on bargains from mainland merchants without worrying about hassles in delivery.”

More Hong Kong consumers have turned to online retailers such as Taobao and JD during the pandemic. However, issues with delivery, including the cost charged by local couriers, have deterred potential buyers.

If the mechanism designed for the festival yields desirable outcomes, it can become a fixture that serves consumers on both sides of the border in the future, Pang said.

E-commerce platforms are often a mixture of brands and stores that vary wildly in quality and services, which might invite unpleasant shopping experiences. But the 298,000 brands featured in the three-week shopping festival are hand-picked and well-established.

“Through the festival, Hong Kong consumers will be able to learn more about premium homegrown brands,” which they might have missed out on in the past, said Terence Chong Tai-leung, executive director of the Lau Chor Tak Institute of Global Economics and Finance at the Chinese University of Hong Kong.

The fair may well stimulate the interest of Hong Kong retailers and local brands to partake in the festival next year or set up an online store on mainland e-commerce platforms, Chong said.

“Hong Kong has developed a reliance on the brick-and-mortar retail model. But on the other hand, Hong Kong consumers are really into online shopping,” Chong said. On mainland e-commerce platforms, Hong Kong brands have a low representation, and homegrown stores are also few and far between, he added.

I hope this shopping event can inspire local retailers and independent shop-runners to perceive e-commerce platforms on the mainland as a sound alternative to their current way of selling.

“I hope this shopping event can inspire local retailers and independent shop-runners to perceive e-commerce platforms on the mainland as a sound alternative to their current way of selling,” Chong said, adding that he expects Hong Kong retailers to recognize that getting on board the mainland’s e-commerce platforms, which have been virally accepted by consumers worldwide, will help them enlarge their market, increase their brand recognition and drive up their sales.

The shopping festival serves as a touchstone of consumer preference and product quality for Hong Kong merchants, said Mark Lee, research director at Asia Pacific Institute for Strategy. “By comparing their own products and services with the brands featured in the festival, they can identify their shortfalls and adapt accordingly to consumers’ palates,” he said.

Lee also said that mainland consumers today are discerning. “To make their commodities popular with mainland consumers, Hong Kong merchants have to improve their products and refine their services, to stand out.” As such, the festival expands their vision, market and stage, he said.

He said that Hong Kong’s economy is safe and sound, thanks to the relief measures offered by the government to retailers, and the stimulus package to consumers. “Our purchasing power remains strong as we’re close to full employment, and residents with deep pockets are legion. What we’re lacking is an avenue to flex our buying power,” Lee said.

Hong Kong-born Olivia Lian, a research assistant at Hong Kong Baptist University, is a frequent Taobao user. She was excited to learn about the festival, which includes nearly 300,000 well-known brands. She said she’s ready for her treasure hunt.

“I had a pleasant shopping experiences on Taobao. The customer services there are effective and professional,” Lian said.

The bay area occupies less than 1 percent of China’s landmass but contributes 12 percent of the country’s GDP, which speaks volumes about the region’s competitive purchasing demand and capacity, Pang said.

An important takeaway from the festival is that “Guangdong province, hailed as a ‘world factory’, has the potential to become China’s ‘world’s market’,” he added. Hong Kong, an integral part of the Greater Bay Area, can tap into the region’s advantage in “dual circulation”, and capitalize on the full-blown e-commerce industry on the mainland, to increase its brands’ presence, publicity and influence, Pang said.

Because the mainland has tightened overseas travel restrictions that may not be loosened any time soon, Pang encourages Guangdong merchants, who used to pivot on exports, to shift their focus from foreign markets to Hong Kong instead.

Both Chong and Lee are concerned that a one-time event cannot make a notable difference in Hong Kong consumers’ behavior. The consumption structure cannot be shaped or changed overnight; the festival can enable people to rediscover the thrill of shopping, but the effect is likely to be temporary, they said.

To keep the shopping buzz alive, they suggested the online shopping festival become an annual event.