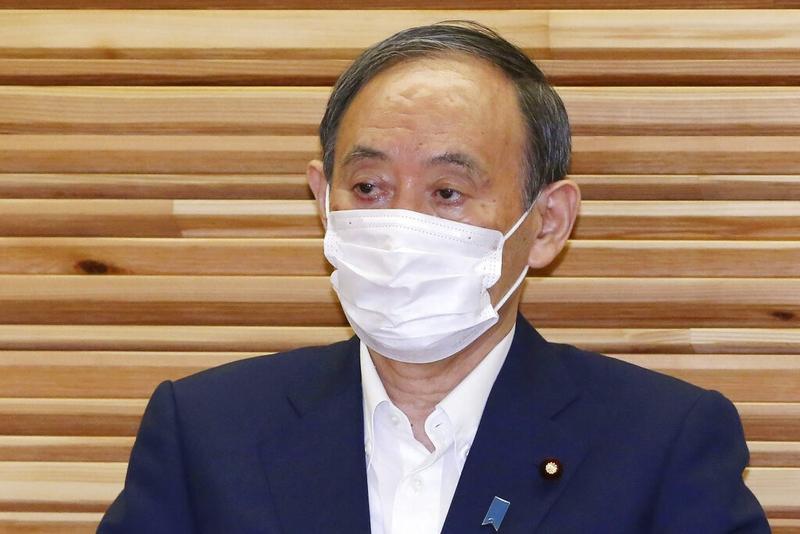 TOKYO, Sept 3 (Reuters) - Japanese Prime Minister Yoshihide Suga said on Friday he would step down, setting the stage for a new premier after a one-year tenure marred by an unpopular COVID-19 response and rapidly dwindling public support.

Suga, who took over after Shinzo Abe resigned last September, citing ill health, has seen his support ratings sink to below 30 percent as the nation struggles with its worst wave of COVID-19 infections ahead of a general election this year.

Suga's decision on Friday to not run in a ruling Liberal Democratic Party (LDP) election in September means the party will choose a new leader, who will become prime minister.

Before Abe - Japan's longest-serving prime minister, with an eight-year tenure - the country had gone through six prime ministers in as many years, including Abe's own troubled first one-year tenure.

Ruling Liberal Democratic Party (LDP) officials said Prime Minister Yoshihide Suga would finish his term as its president, meaning he would stay on until his successor is chosen in party-wide election slated for Sept 29

Japan’s Nikkei average futures jumped 2 percent immediately after media reports that Suga would not run, while the broader Topix Index extended its gains and hit its highest levels since 1991 following the news.

"I want to focus on coronavirus response, so I told the LDP executive meeting that I've decided not to run in the party leadership race," Suga told reporters.

"There's immense energy needed to tackle both coronavirus response and preparation for the leadership race," he added. "I judged that I cannot juggle both and I should concentrate on either of them."

Suga addressed a scrum of journalists for less than two minutes at his office and left the venue amid shouts for more explanation. He said he would hold a news conference as early as next week.

The address ended a rollercoaster week in which Suga pulled out all the stops to save his job, from suggestions he would sack his long-term ally as party secretary general, to plans to call a snap election and reshuffle party executive and his cabinet.

Ruling Liberal Democratic Party (LDP) officials said Suga would finish his term as its president, meaning he would stay on until his successor is chosen in party-wide election slated for Sept 29. 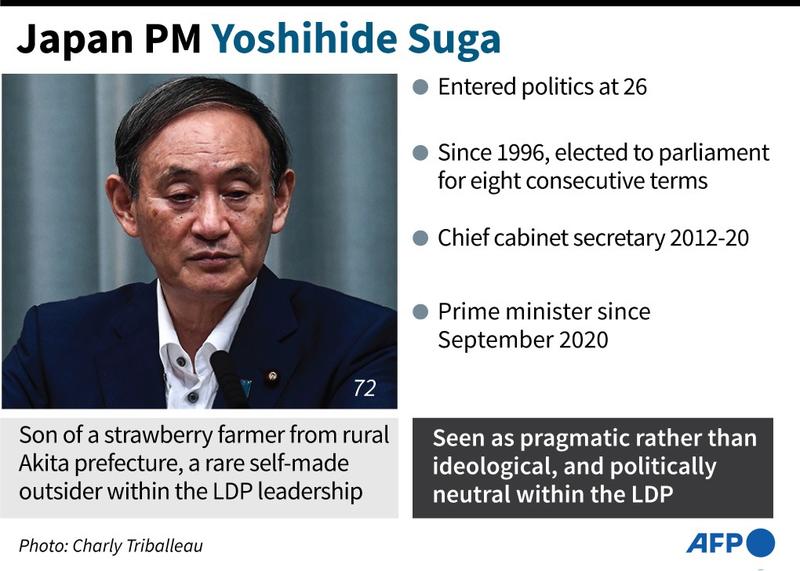 The winner of the contest is all but assured of being premier because of the LDP's majority in the lower house. The government has been considering holding the general election on Oct. 17.

Fumio Kishida, a former foreign minister, is competing for the party leader post. On Thursday, Kishida criticised Suga's coronavirus response and urged a stimulus package to combat the pandemic.

"Kishida is the top runner for the time being but that doesn't mean his victory is assured," said Koichi Nakano, political science professor at Sophia University.

Unlike last year, grassroots LDP members will vote along with the party's members of parliament, which makes the outcome of the party leader race harder to predict

Nakano said popular Administrative Reform Minister Taro Kono could run if he gets backing of his faction leader, Finance Minister Taro Aso, while former defence minister Shigeru Ishiba could also run but looks at a disadvantage.

Unlike last year, grassroots LDP members will vote along with the party's members of parliament, which makes the outcome of the party leader race harder to predict. Novice MPs, fearful of losing their seats, may be wary of following their elders' orders.

The LDP-led coalition is not expected to lose its majority in the powerful lower house, but forecasts suggest that Suga's party could lose the majority that it holds on its own, an outcome that would weaken whoever is leading the LDP. 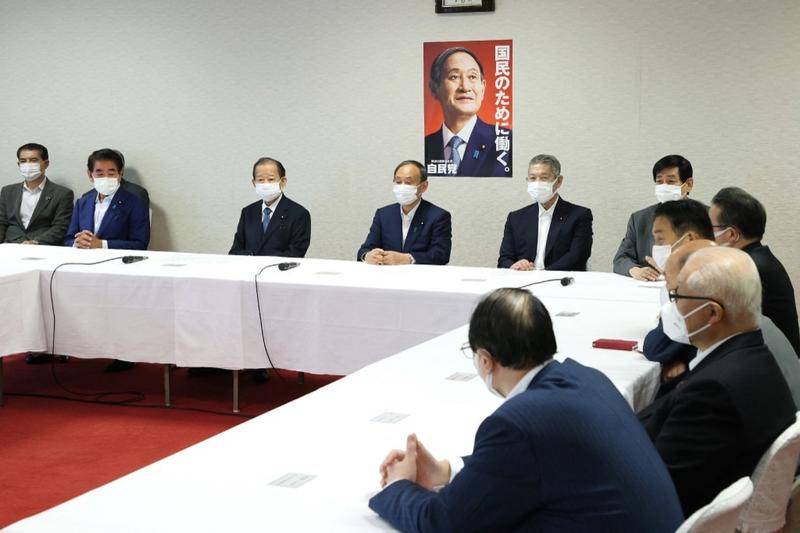 Japan's Prime Minister Yoshihide Suga (4th left) attend an extraordinary executive meeting of the Liberal Democratic Party (LDP) at the party’s headquarters in Tokyo on Sept 3, 2021, where he said he will not run for re-election as party leader in a vote this month. (STR / JIJI PRESS / AFP)

"Stock prices are rising based on a view that the chance of LDP's defeat in the general election has diminished because anyone other than Suga will be able to regain popularity," said senior economist at Daiwa Securities Toru Suehiro.

Suga's image as a savvy political operator capable of pushing through reforms and taking on the stodgy bureaucracy propelled his support to 74 percent when he took office.

Initially, populist promises such as lower mobile phone rates and insurance for fertility treatments were applauded.

But removing scholars critical of the government from an advisory panel and compromising with a junior coalition partner on policy for healthcare costs for the elderly drew criticism.

His delay in halting the "Go To" domestic travel programme - which experts say may have helped spread coronavirus around Japan - hit hard, while the public grew weary of states of emergency that hurt businesses.