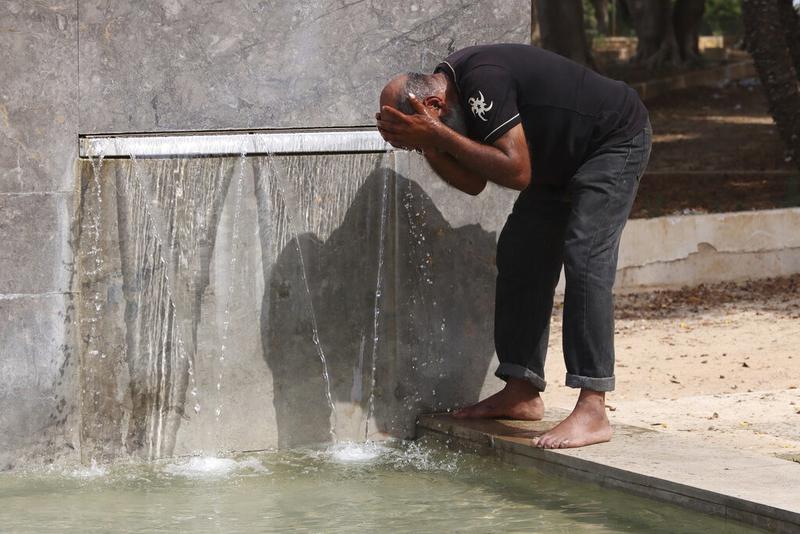 A man refreshes himself at a fountain in Palermo in Sicily, Italy on Aug 11, 2021. The ongoing heatwave will last up until the weekend with temperatures expected to reach well over 40 degrees Celsius in many parts of Italy. (ALBERTO LO BIANCO / LAPRESSE VIA AP)

A dangerous heatwave is sweeping across the Mediterranean, the latest in a series of recent extreme weather events that underscore the real-world impacts of climate change.

The Italian island of Sicily may have smashed continental Europe’s heat record when thermometers hit 48.8 degrees Celsius on Wednesday. While residents in the region are used to warm weather this time of year, authorities across the Mediterranean are warning their populations to take precautions as temperatures soar above 37 C.

Researchers found that climate change has caused heatwaves to become more frequent and intense across the world, leading to the deaths of vulnerable people who don't have access to proper protection. Heat can be particularly dangerous for children and the elderly

The severe heat comes just days after the world’s top climate scientists said in a landmark report that the past decade was most likely hotter than any period in the last 125,000 years and that global temperatures will only keep rising without drastic cuts in greenhouse gas emissions.

Researchers found that climate change has caused heatwaves to become more frequent and intense across the world, leading to the deaths of vulnerable people who don't have access to proper protection. Heat can be particularly dangerous for children and the elderly.

“This is the Mediterranean, so summers are hot and dry, but this is unusually intense,” said Bob Stefanski, head of applied climate services at the World Meteorological Organization. “It’s a taste of things to come.” The weather system that’s causing the heat is set to most greatly impact central and southern Spain, southern Italy, Greece, the Balkans and western Turkey, he said. 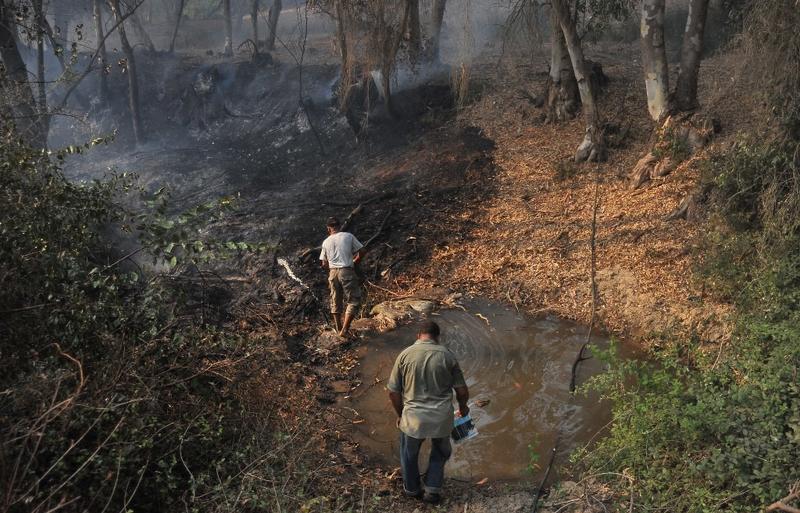 Inhabitants fetch water to put out a starting fire in a forest, in the northern Tunisian Bizerte governorate, on August 11, 2021. In Tunisia, the temperature in the capital Tunis hit an all-time record of 49 degrees Celsius yesterday and emergency services reported 15 fires across the north and northwest, but no casualties. (HASAN MRAD / AFP)

In Tunisia, the temperature in the capital Tunis hit a record 48.9 C on Tuesday, breaking the previous record set in 1982, according to Mehrez Ghannouchi, a forecaster at Tunisia’s Institut National de la Meteorologie.

Kairouan, another city located south of the capital, recorded a record-breaking 49 C on Wednesday.

There’s a risk the temperatures could worsen fires that have been raging in Greece in recent days. “The heatwave will exacerbate and dry out and make the fire danger much greater,” Stefanski said.

There should be some relief next week with temperatures forecast to dip. Still, as burning fossil fuels continue to play a major role in the world’s energy system, scientists predict that such heatwaves will become more common in the future.