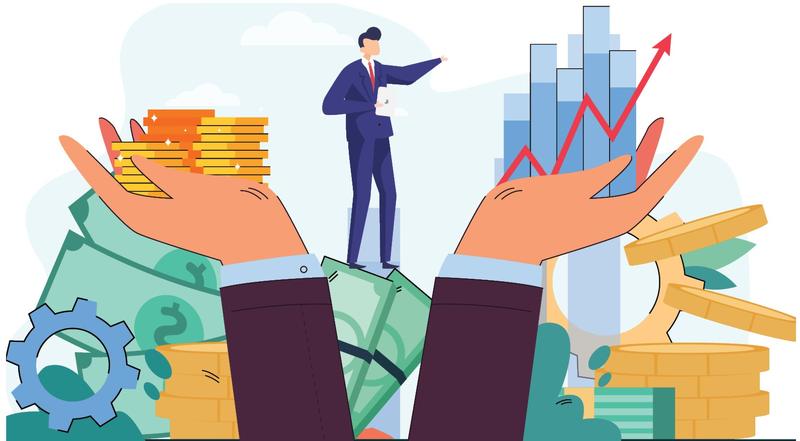 The global economy has confronted severe disruptions during the past few years, with the US-China rivalry and the COVID-19 pandemic casting a long shadow over growth and stability. These disruptions and the policy responses to them have accelerated the structural shift in the geographical and social pattern of global wealth.

As estimated by Credit Suisse, supported by the policy actions of governments and central banks to cope with the economic shocks, aggregate global household wealth grew by 7.4 percent last year and reached US$418.3 trillion at the end of 2020. However, the new wealth creation was highly concentrated in North America, Europe and China. Wealth inequality among adults also widened in most countries and for the world as a whole as asset price inflation benefits rich people and countries most. In the post-COVID-19 world, global growth will likely become further polarized, with different regions, industries, firms, and households facing divergent conditions and building wealth at highly uneven paces.

The Guangdong-Hong Kong-Macao Greater Bay Area is well positioned in this complex economic environment. It has been at the forefront of China’s wealth catch-up and has huge potential to become a leading global hub of wealth creation and management.

Over the past two decades, China’s household wealth has experienced explosive growth. Based on data from Credit Suisse, China’s share in global household wealth increased from 3.2 percent in 2000 to 17.9 percent in 2020, while the share of the US declined from 36.2 percent to 30.2 percent, and the magnitude of China’s household wealth growth during this period corresponds to almost 80 years of wealth growth in the US in the past. According to the Chinese Academy of Social Sciences, China has also been rapidly closing the gap with the US in terms of net national wealth, defined as the total value of a nation’s assets minus its liabilities. In 2000, China’s net national wealth was estimated to be around 12 percent of the US level, but it had reached around 80 percent of the US level by 2018.

The Greater Bay Area has featured prominently in the rise of China’s wealth. The manufacturing supply chain in the region has brought about numerous successful business enterprises and a vast amount of job opportunities for workers. With a vibrant innovation ecosystem, the region is home to many of China’s top technology companies. Shenzhen in particular is widely recognized as China’s “Silicon Valley”. As a leading international financial center, Hong Kong has a mature and sophisticated financial services sector with extensive networks with both the Chinese mainland and the rest of the world to bridge wealth creation. Local governments in the GBA have also built up a world-class physical infrastructure network as public assets to enhance the shared prosperity of the region.

However, the GBA remains at a relatively early stage of becoming a global hub of wealth. There are still huge opportunities in the region that have not been adequately capitalized on. To unleash the GBA’s wealth potential, we need to make efforts to further develop the region’s business ecosystem along three key dimensions: the legal-institutional infrastructure, sustainability, and internationalization.

First, wealth is embedded in legal-institutional arrangements such as property rights, contracts, trust, corporation, bankruptcy and investor protection regime. As legal scholar Katharina Pistor pointed out, economically valuable assets become capital and wealth only after they are coded by legal devices under a given institutional structure. Wealth creation is intrinsically constrained by the capability and reach of the given legal-institutional infrastructure to credibly and consistently delineate property rights, enforce contracts and resolve disputes. There remain substantial legal-institutional gaps, inconsistencies and barriers in the GBA that limit the durability and convertibility of wealth, hindering capital market integration and growth.

Second, wealth creation and distribution need to be socially and environmentally sustainable. Since the 1980s, the pursuit of unbridled free markets in many parts of the world have dramatically worsened wealth inequality. The divide between “haves” and “have-nots” has become profoundly disturbing and destabilizing globally. Meanwhile, the traditional growth models which sacrifice environmental sustainability can no longer be sustained in the face of climate change as an existential threat to humanity. The world needs to explore new modes of growth that offer a more-inclusive and sustainable paradigm of wealth. Blending different institutional legacies and practices under the framework of “one country, two systems”, the GBA can serve as a regional laboratory for China to experiment with new solutions to these global challenges.

Third, a global hub of wealth requires high levels of internationalization and opening-up, especially with regards to capital markets. The hub should be able to source potential asset issuers globally and mint assets of interest to a sufficiently large international investor base. However, internationalization does not mean simply cloning the practices of the incumbent hubs in the West. To catch up and forge ahead as a new leader of wealth creation, the latecomer must innovate and differentiate from the forerunners, breaking new ground and leapfrogging when possible. As encapsulated by China’s strategy of “dual circulation”, the internationalization of GBA’s capital markets should focus on combining its strong domestic base on the mainland and the extensive networks with the rest of the world.

Hong Kong has unique roles to play to help unleash the GBA’s wealth potential in all of the three key dimensions. As the only common law jurisdiction within China, Hong Kong has built a sophisticated system of commercial case law and legal enforcement respected by the international business community. Hong Kong should work closely with other cities in the GBA to further improve the region’s legal-institutional infrastructure, facilitating the system’s coherence and compatibility in wealth creation and management. Building on the existing programs of the Stock Connect, Bond Connect and the Wealth Management Connect, the GBA should steadily enhance capital flows and promote the regional integration of financial services supply chains.

The wealth inequality in Hong Kong is alarming. While it reflects structural problems rooted in Hong Kong’s specific local conditions, it’s also part of the global and regional trends. Hong Kong and other cities in the GBA should strengthen collaboration in public investment, especially in housing, and explore reforms to enhance shared prosperity with a more-inclusive and equitable distribution of private wealth, aided by the support of adequate public assets. Hong Kong should also play a leading role in championing the development of the environmental, social and governance standards and sustainable investing.

Hong Kong is the linchpin of the internationalization of the GBA’s capital markets. Limited by capital market underdevelopment, the stock of renminbi-denominated wealth in the GBA is still at the early stage of being securitized for international markets. The growth space is vast for the IPOs and the development of new forms of financial vehicles such as real estate investment trusts as the region accelerates its financial opening-up. There is huge potential demand from international investors to buy quality assets from China for their portfolios. There is also rapidly growing demand from Chinese investors to diversify their domestic wealth holdings and invest offshore. According to KPMG, in 2019, 20 percent of all high-net-worth individuals in China lived in the GBA. They have increasingly sophisticated wealth management demands that are not yet met by the existing supply of financial services and instruments in the region.

Looking forward, despite recent disruptions, the GBA can expect robust wealth creation in its next phase of development. The region is only at the start of a tremendous growth of financial wealth, which will provide abundant opportunities for Hong Kong. What is more important is arguably not the growth per se, but whether we can develop a more sustainable and equitable paradigm of wealth for the region.

The author is an assistant professor at the Centre for China Studies and Lau Chor Tak Institute of Global Economics and Finance, the Chinese University of Hong Kong.