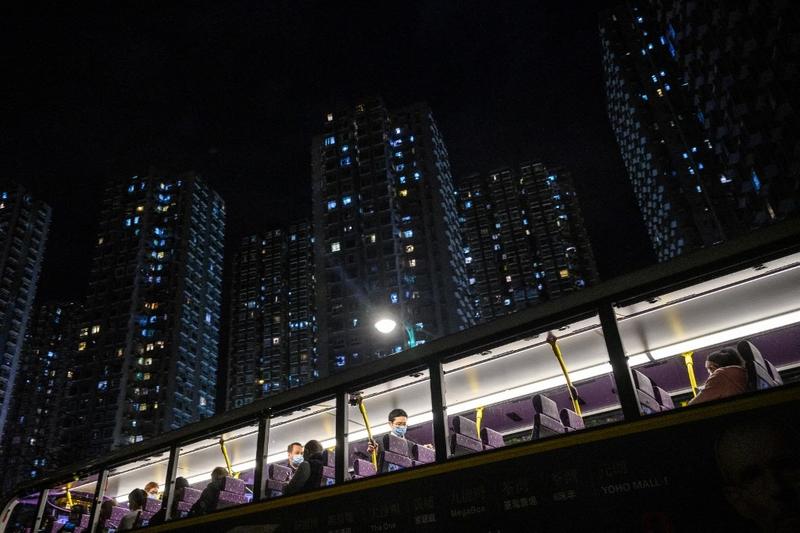 HONG KONG – The Hong Kong government cordoned off a building in Tuen Mum, the New Territories, on Thursday evening for targeted testing after an imported case of COVID-19 involving the L452R mutant strain was detected.

A “restricted area” was set up at Block 6 of Handsome Court in Tuen Mun around 7:30 pm. Some 300 residents were tested as of midnight, with no postive case found.

In a statement, the Centre for Health Protection said a 36-year-old female resident of the building had tested positive for the L452R mutant strain.

The patient stayed in Hong Kong from June 30 until July 12, when she traveled to Dubai. She returned to the city on Monday via Bangkok by flight EK384, according to the CHP.

The patient, who had no symptoms, gave a specimen upon arrival at the Hong Kong airport and tested negative for COVID-19. However, her samples on third day after her arrival tested preliminarily positive.

“The test result by the Department of Health's Public Health Laboratory Services Branch revealed that the patient carries the L452R mutant strain but does not carry N501Y or E484K mutant genes,” the CHP said, adding her case has been classified as an imported one.

It also said the patient had received two doses of the BioNTech vaccine on May 9 and June 5 in Hong Kong and her blood specimen tested positive for anti-spike protein antibody on July 11.

The woman works at Eton Tower in Causeway Bay and last went to work on July 11. Her workplace and the places she had visited during the incubation period would be included in a compulsory testing notice, the CHP said.

The new patient was a 49-year-old woman flying in from the United States, and she remained asymptomatic.