Why nightclubs in Britain will never be the same? 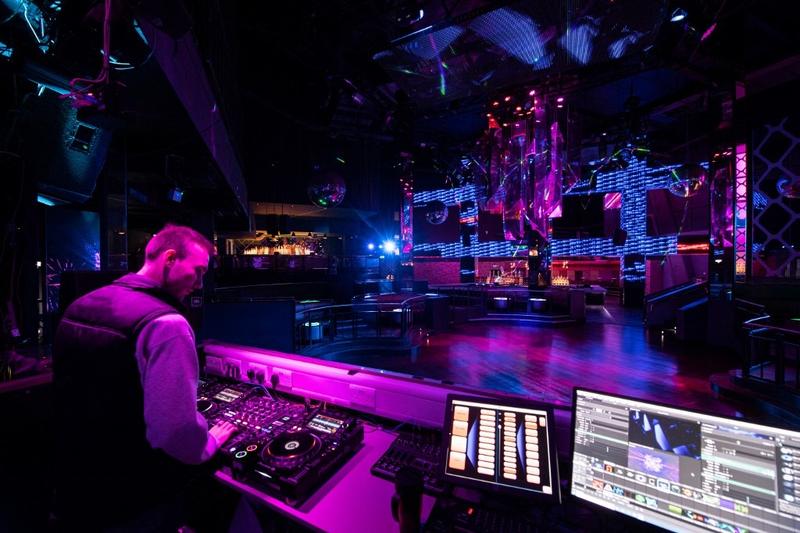 A technician in PRYZM nightclub in Birmingham, poses for a photograph in the superclub in Birmingham, central England on Sept 5, 2020, as it remains closed due to government restrictions on the nightclub sector to suppress the transmission of coronavirus. (OLI SCARFF / AFP)

Britain’s world-class nightclubs are preparing to reopen for the first time in 16 months, nursing devastating wounds that many will not survive.

One in eight venues have disappeared since coronavirus struck, and that’s likely to rise, according to CGA and Alix Partners’ Market Recovery Monitor, two consultants that studied the industry. While the government is due on Monday to confirm that large events can restart on July 19, surging infections are clouding the long-term future of clubs.

The industry’s woes go far beyond the loss of a good night out. Britain’s Night Time Industries Association estimates its members contribute 66 billion pounds (US$91 billion) a year to the economy and employ 1.3 million people in bars, restaurants, theaters, festivals and music concerts. They support an ecosystem of lighting and sound technicians, designers and promoters that also feed the film, television and corporate events industries.

“We cannot underestimate the importance of our nighttime culture, not just as an employer but also its attractiveness to visitors,” said Amy Lame, the adviser on nightlife to London Mayor Sadiq Khan. “It’s absolutely integral to our success as a city.”

Britain is home to 12 of the world’s top 100 nightclubs, according to the latest rankings by DJ Magazine. That’s on par with the US and double the number in any other European country except for Spain

At least a quarter of people in Britain say they’re not comfortable with attending live events including music concerts and festivals, a YouGov survey in July showed.

The damage done by the pandemic risks upending the UK’s leading status in the global nightclub business, which has helped underpin the appeal of places like London, Manchester and Glasgow. Britain is home to 12 of the world’s top 100 nightclubs, according to the latest rankings by DJ Magazine. That’s on par with the US and double the number in any other European country except for Spain.

Some members of Parliament have warned that nightlife “extinction” could hobble the wider recovery. Nightclubs have generated only 20 percent of their pre-COVID-19 revenue since lockdowns started in early 2020 and made more than half of their staff redundant, according to the All-Party Parliamentary Group report on nightlife. 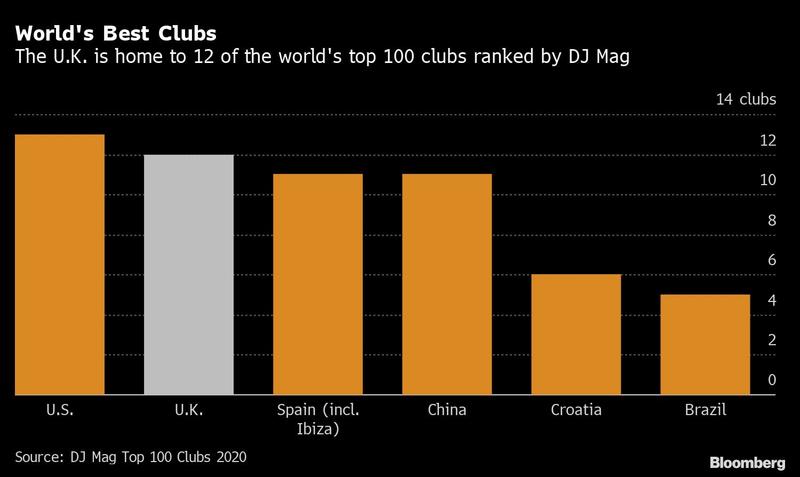 Yousef Zaher, a Liverpool DJ, felt a glimmer of hope in May when thousands of ravers packed into the Circus event he organized. That evaporated in June when the government delayed the reopening by a month.

“Four weeks is a long, long time when the majority in our industry are literally hand to mouth,” Zaher said. “I’m fairly upbeat and positive, but when the news came in, for the first time during this whole COVID-19 episode, I was completely deflated.”

Before the pandemic, the London mayor was attempting to build a 24-hour culture in the capital, noting a third of the city’s workers, or 1.6 million people, work between 6 pm and 6 am. He appointed a Night Time Commission to reverse the drop in pubs, clubs and LGBTQ+ venues, seeing the industry as part of what attracts people to London.

Britain’s nightclubs flourished in the 1990s when tight licensing rules and electronic dance music drew people in their thousands into venues every weekend. Their dominance declined starting in 2005 as the government allowed more bars and pubs to serve alcohol after 11 pm and smartphone-dating apps like Tinder and Grindr gained popularity. 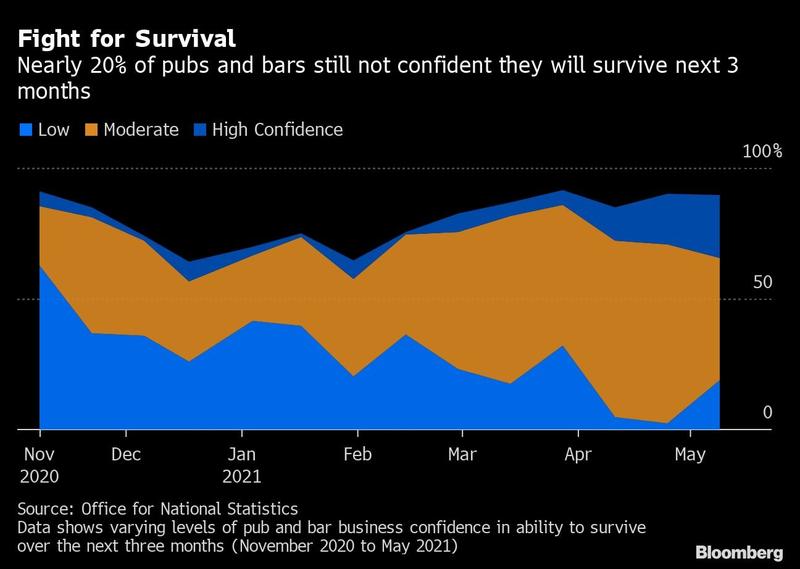 While restaurants were allowed to reopen starting in April and for many weeks last year, nightclubs and live music events have remained mostly off limits throughout the pandemic. The industry started selling tickets in anticipation of reopening on June 21 then quickly had to refund those sales and unwind preparations.

With the doors closed and rent payments still due, most nightclubs are struggling under massive debts. Some risk bankruptcy even if government restrictions lift as planned on July 19, said Michael Kill, chief executive officer of the Night Time Industry Association. Others are buckling under the weight of a shrinking pool of staff as workers seek more secure jobs in occupations not hit by the virus. An exodus of workers to the European Union added to that malaise.

Any further delay in reopening or additional lockdowns will “see the decimation of an industry,” Kill said.

The government remains worried that nightclubs can spread the virus quickly, as happened in South Korea when it allowed venues to reopen. A UK study released in June suggested that the risk of catching the coronavirus at large events could be reduced by using face coverings, improving ventilation and controlling pinch-points where people congregate. It found 28 infections after pilot events involving 58,000 people at venues across the country in April and May. 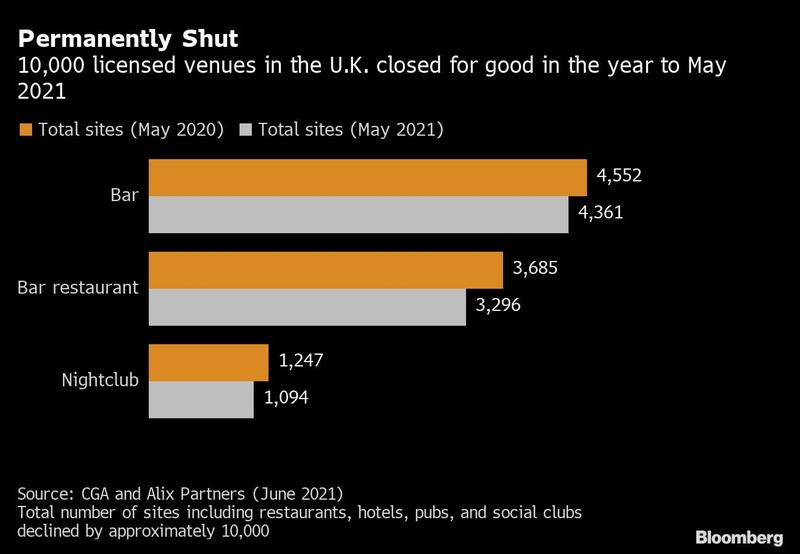 With the doors closed and rent payments still due, most nightclubs are struggling under massive debts. Some risk bankruptcy even if government restrictions lift as planned on July 19, said Michael Kill, chief executive officer of the Night Time Industry Association

Nightclub and events promoters are pressing for assurances that lockdowns won’t return. They’re joining figures like Andrew Lloyd Webber, the the composer behind hit musicals including “Phantom of the Opera” and “Evita,” in warning about the permanent damage being done to Britain’s cultural offering.

There’s signs that people will flock back to big events when they’re allowed. Advance ticket sales suggest a pent-up demand for “euphoric” experiences that can’t be replicated at home, said Cameron Leslie, co-founder of Fabric nightclub in central London.

Parklife, a music festival that usually takes three weeks to book its 80,000 capacity, sold out in 78 minutes this year and tickets for six Warehouse Project shows in Manchester, with a capacity 10,000 tickets per show, went in less than a day.

“The demand for people to go out is phenomenal,” said Sacha Lord, nightlife adviser to Manchester and co-founder of the Warehouse Project club and Parklife. “People want to go to a nightclub, go to a live gig, just feel like they’ve got their freedoms back.” 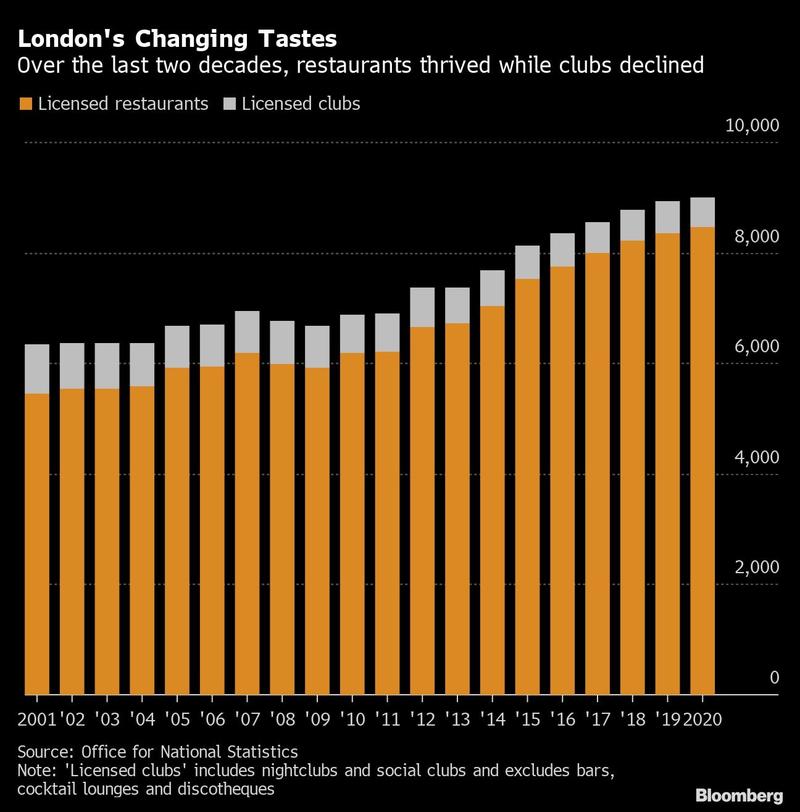 For now, many venues on the cusp of reopening are splashing out their last cash reserves to prepare. Fabric had to make most of its staff redundant in October. Even with a government grant, it’s hemorrhaging at least 80,000 pounds a month, according to Leslie.

London’s iconic LGBTQ nightclub Heaven racked up 1.4 million pounds of bills since March last year and now operates as a cabaret with a reduced capacity of 255, down from the usual 1,625.

“All we are currently doing is reducing our losses, we’re not making our money,” said Jeremy Joseph, owner of Heaven and G-A-Y Bar. “Last year, we closed Heaven because we knew it needed to be done -- it wasn’t safe. We acted before the government did. Now we’re paying the mistakes that this government keep making.”