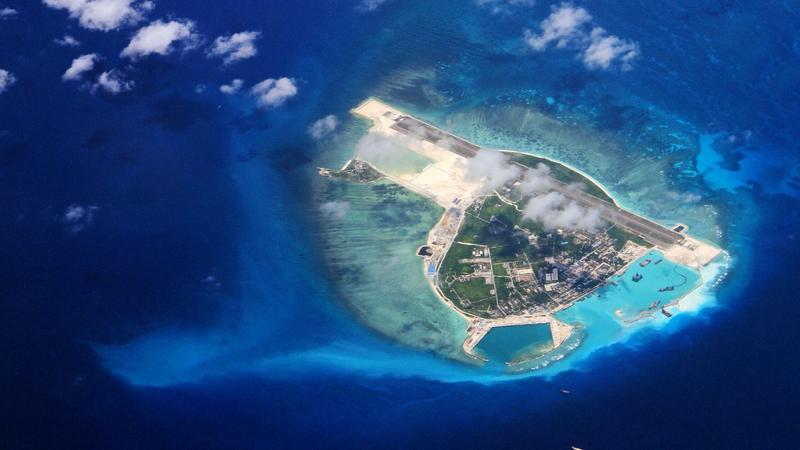 An aerial view of Yongxing Island, which is part of the Xisha Islands in the South China Sea, June 19, 2014. (PHOTO / IC)

The Chinese military has dispatched units to warn off the United States' guided missile destroyer, the USS Benfold, which trespassed into the territorial waters of China's Xisha Islands in the South China Sea on Monday.

Air Force senior colonel Tian Junli, the People's Liberation Army Southern Theater Command spokesperson, said in a statement on Monday that the PLA strongly opposed these actions, and urged the US to immediately stop provocations and strictly control military activities.

"The US will be responsible for the consequences of its actions," said Air Force senior colonel Tian Junli, a spokesperson for the PLA Southern Theater Command

Tian said that the Xisha Islands are Chinese territory, and actions by the US military have severely undermined China's sovereignty and security, disrupted peace and stability in the South China Sea, and are in violation of international laws and principles of international relations.

ALSO READ: China denounces trespassing of US warship into waters of Xisha

"It is further irrefutable proof that the US is exercising naval hegemony to push for the militarization of the South China Sea. Facts have shown that the US is indeed a troublemaker in the region," he said.

"The US will be responsible for the consequences of its actions," he said, adding that the theater command will maintain on high alert and resolutely safeguard national sovereignty, as well as security and peace and stability in the region.