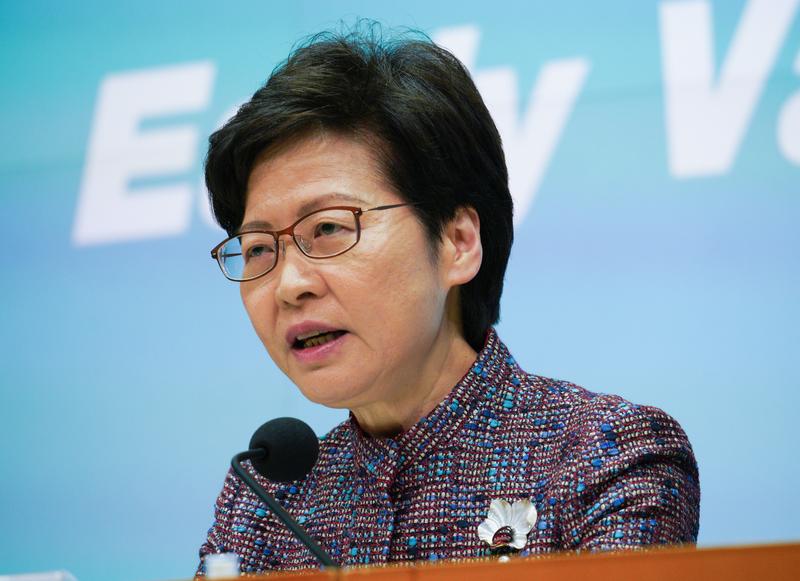 HONG KONG - The Hong Kong Special Administrative Region government said on Monday that it would shorten the quarantine period for vaccinated people arriving in the city to seven days from 14 days provided travelers show sufficient antibodies against the coronavirus.

The program is expected to be rolled out in two phases, with returning Hong Kong residents to be included on June 30 and non-residents a month later, Chief Executive Carrie Lam Cheng Yuet-ngor said at a briefing on Monday.

Hong Kong reported three imported COVID-19 cases on Monday, two from the United Kingdom and one from Indonesia, as the city hit the benchmark 14th day of no local infections

The new measures were only applicable to people who have logged 14 days following their second vaccination dose, she added.

In addition to being fully vaccinated, people will need to undergo two nucleic acid tests during quarantine followed by more tests 12, 16 and 19 days after arriving, according to a government statement.

Lam didn’t say which places might be excluded from the plan, but the statement later outlined that only so-called Group A1 and A2 specified places would miss out. The “extremely high-risk” category currently includes India, Nepal, Pakistan, Brazil, the Philippines and South Africa. Ireland and Indonesia are A2.

While many parts of the world have opened up again fairly quickly, Hong Kong has pursued a cautious approach after effectively wiping out COVID-19. Others in the Asia Pacific region have acted similarly, aiming for “Covid Zero” at the expense of reopening borders.

If Hong Kong’s latest quarantine plan proceeds, it would be the first of these places to allow vaccinated tourists to enter. The financial hub has some of the toughest quarantine rules globally with residents mandated to stay for up to 21 days in hotels after arriving.

Hong Kong reported three imported COVID-19 cases on Monday, two from the United Kingdom and one from Indonesia, as the city marked the 14th day of no local infections.

The city “is well equipped to allow persons arriving at Hong Kong who are fully vaccinated and possess positive serology antibody test results,” a government spokesman was quoted as saying in Monday’s statement. “Meanwhile, as Hong Kong is an international metropolis, many of our citizens have genuine needs to travel around the world.”

Serology testing will also be a requirement for quarantine exemptions for senior executives of major listed companies.

Asked if unvaccinated children would qualify for shorter quarantines, Lam said the government will study how to apply rules to those who cannot access COVID-19 shots. Only children aged 12 and above are eligible for vaccinations in Hong Kong. We “will come up with a response,” Lam said.

The move to reduce the quarantine duration comes as the government tries to incentivize more of its 7.5 million population to get COVID-19 vaccinations. As of Sunday, 1,940,405 residents have taken at least the first vaccine shot, or less than 30 percent of the city’s eligible population.

Lam said HKSAR officials were also discussing with their Macao SAR counterparts about facilitating cross-border travel by shortening quarantine periods or providing exemptions. She added that the two sides have agreed with the basic requirements for travelers such as vaccination, testing and quota booking, as well as a circuit breaker in case of a new outbreak.

Lam also said the Come2hk program, which allows Guangdong residents to enter the HKSAR without being quarantined and was originally scheduled for mid-May, will resume after Guangdong authorities fully contained the outbreaks in the province.

Lam said she will also submit suggestions on larger-scale cross-border travel to other parts of the mainland to the central government for consideration.

Speaking at the same press conference, Secretary for Food and Health Sophia Chan Siu-chee said some social distancing measures including will be eased from June 24 for vaccinated residents.

Up to four people will be allowed per table at bars and night clubs, while eight people can sit together at party rooms and karaoke lounges, Chan said.

HKSAR authorities have over the past month urged businesses and financial institutions to encourage vaccinations and urged them to grant employees a day off for each jab.

Many corporates have unveiled incentives and rewards for vaccinations. The city has largely controlled the virus with around 11,800 infections and 210 deaths.