HK starts vaccination for 12- to 15-year-olds, logs one virus case 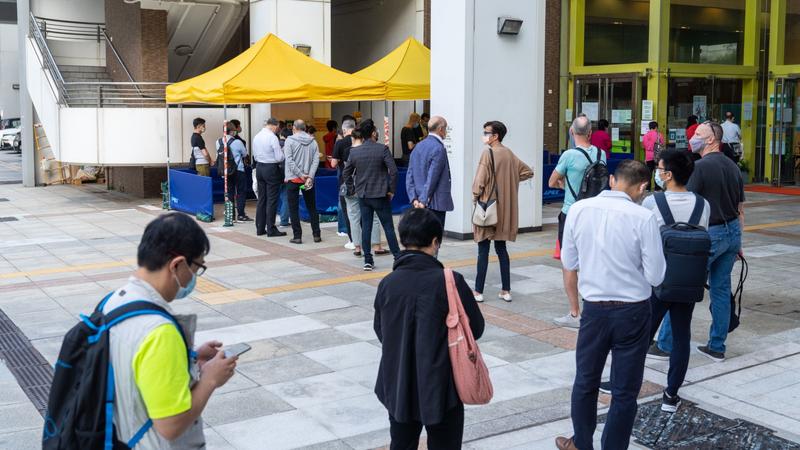 HONG KONG – Hong Kong reported one new imported COVID-19 case on Monday, the first day that people aged from 12 to 15 in the city can be inoculated with the BioNTech vaccine.

Patrick Nip Tak-kuen, secretary for the civil service of the Hong Kong Special Administrative Region government, said as the summer vacation is approaching, many teenagers will hang out with friends.

The risk of infection could be greatly reduced by vaccination even if community activities increased, he added.

The government on June 3 announced that children over the age of 12 could be vaccinated with the BioNTech shot after it reviewed the pandemic situation and the recommendation of the Advisory Panel on COVID-19 Vaccines.

The Centre for Health Protection said in a statement that the lone imported infection on Monday involved a 40-year-old female from Indonesia who showed no symptoms of the virus. The city's tally stood at 11,878.

A total of 40 cases were reported from May 31 to June 13, including three local cases, one of which was untraceable, the CHP said.

A total of 37 confirmed patients were being treated as of Monday in 13 public hospitals and the North Lantau Hospital Hong Kong Infection Control Centre, including on patient in critical condition and another in serious condition, according to the Hospital Authority.

In a separate statement, the government said about 2,934,300 doses of COVID-19 vaccines have been administered to Hong Kong residents as of Sunday.

Among those given the first dose of vaccines, about 760,700 people chose the Sinovac jab while about 977,400 got the BioNTech shot.

For the second dose, about 496,500 people received the Sinovac vaccine while about 699,800 were given the BioNTech jab.