Is it all Greek to you? Coronavirus variants get new names 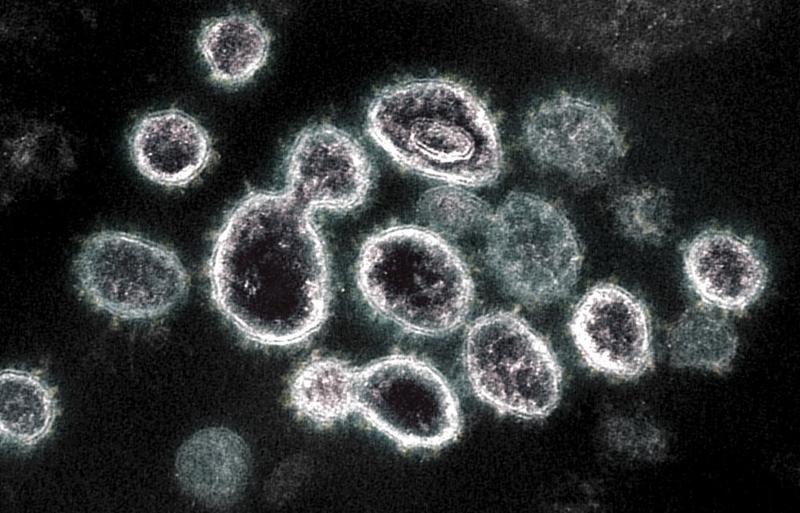 This undated handout image obtained on March 28, 2021, courtesy of The National Institue of Allergy and Infectious Diseases (NIH), shows a transmission electron microscope image of SARS-CoV-2, the virus that causes COVID-19, isolated from a patient in the US. (NATIONAL INSTITUTE OF ALLERGY AND INFECTIOUS DISEASES / AFP)

GENEVA - Coronavirus variants with clunky, alphanumeric names have now been assigned the letters of the Greek Alphabet in a bid to simplify discussion and pronunciation while avoiding stigma.

The World Health Organization (WHO) revealed the new names on Monday amid criticism that those given by scientists, such as the so-called South African variant, which goes by multiple names including B.1.351, 501Y.V2 and 20H/501Y.V2, were too complicated.

Since the pandemic began, the names people have used to describe the virus have provoked controversy. The WHO, which has urged people not to use language to advance COVID-19 profiling of people or nationalities, has also said people should avoid using country names in association with emerging variants.

The four coronavirus variants known generally by the public as the UK, South Africa, Brazil and India variants have now been given the letters Alpha, Beta, Gamma, Delta according to the order of their detection

As such, the four coronavirus variants considered of concern by the UN agency and known generally by the public as the UK, South Africa, Brazil and India variants have now been given the letters Alpha, Beta, Gamma, Delta according to the order of their detection.

Other variants of interest continue down the alphabet.

"While they have their advantages, these scientific names can be difficult to say and recall, and are prone to misreporting," said the WHO, explaining the decision.

The choice of the Greek Alphabet came after months of deliberations in which other possibilities such as Greek Gods and invented, pseudo-classical names were considered by experts, according to bacteriologist Mark Pallen who was involved in the talks.

But many were already brands, companies or alien names.

Another idea to refer to variants of concern as VOC1, VOC2 etc. was scrapped after he pointed out it resembled an English swear word.

Lost religions and the names of plants and fruits were also considered, the WHO said.

Historically, viruses have often been associated with the locations from which they are thought to have emerged such as Ebola which is named after the eponymous Congolese river.

But this can be damaging and inaccurate such as with the "Spanish flu" pandemic of 1918 whose origins are unknown, although the earliest cases are now believed to have emerged in the US state of Kansas.

"No country should be stigmatized for detecting and reporting variants," said WHO epidemiologist Maria Van Kerkhove.

In the United States, Asians have been harassed and attacked during the pandemic, with activists and police saying anti-Asian sentiment was fuelled by former US president Donald Trump's comments blaming the pandemic on China.

US President Joe Biden this month signed a law against COVID-19 hate crimes.

Before the new WHO scheme, some scientists had adopted their own simplified nomenclature for variants such as a February paper using bird names. However, it was criticised on the grounds that this could imperil birds and by the mother of agirl named 'Robin'.