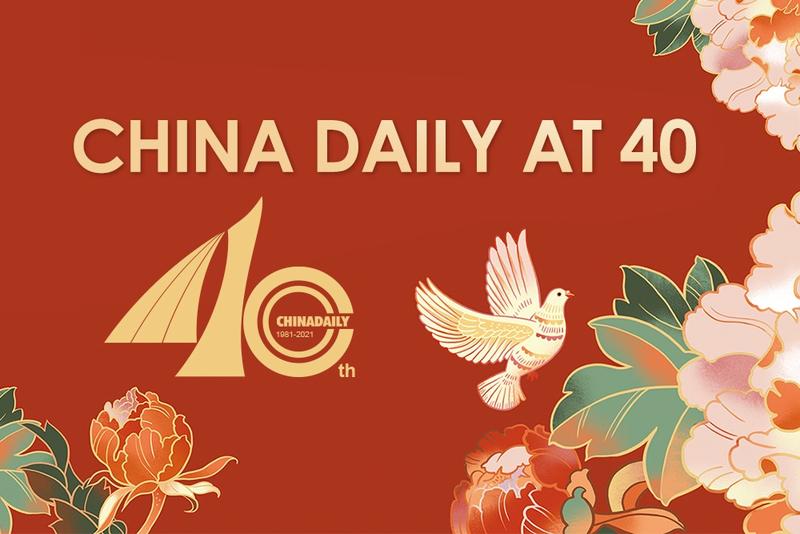 President Xi Jinping has called on China Daily to present a true, multi-dimensional and panoramic view of China and make new contributions to the exchange and communication between China and the world.

Xi, also general secretary of the Communist Party of China Central Committee and chairman of the Central Military Commission, made the remarks in a congratulatory letter on the 40th anniversary of the newspaper's launch.

President Xi Jinping extended warm and cordial greetings to all staff members, foreign experts and friends at the newspaper

In his letter, Xi extended warm and cordial greetings to all staff members, foreign experts and friends at the newspaper.

Over the past 40 years, China Daily has used its advantages to present China's reform and development, playing an important role in telling China's stories well and making China's voice heard, said Xi.

He called on China Daily to take the 40th anniversary as a new starting point, innovate its approach to better communicate with international readers, establish an all-media communication framework and build a high-caliber team, so as to expand its global influence and better introduce China's development philosophy, path and achievements.

China Daily, established on June 1, 1981, is the first national English-language daily newspaper in the People's Republic of China, serving a global audience. After 40 years, it has developed into a global, multi-language, multi-media information platform, with its newspaper circulation reaching 700,000 and the number of its multi-media product users exceeding 350 million.