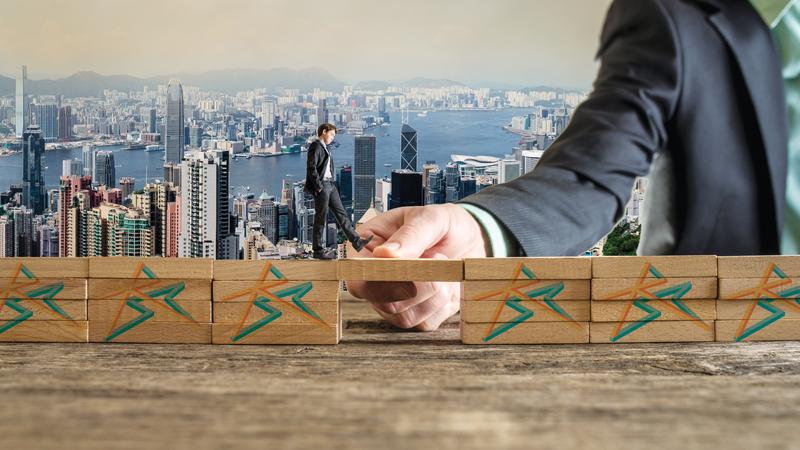 Hong Kong, as a growth engine of the Guangdong-Hong Kong-Macao Greater Bay Area that sits on well-built connections with ASEAN countries, is still the “go-to” place for growth-driven global companies.

Stephen Phillips, Invest Hong Kong’s director-general of investment promotion, made the remarks in a recent interview with China Daily.

“We’re seeing really strong interest from companies, both large ones and the ones in their early stages, from all around the world,” Phillips said. “Obviously the biggest challenges the companies are facing at the moment relate to the COVID-19 pandemic and the travel restrictions around the world. But the interest is still high.”

Phillips attributed the high interest from global investors toward Hong Kong to several factors. First, after being battered by the pandemic-related economic fallout, companies are looking for growth, which has naturally led them to Asia. Secondly, China is the fastest growing major economy in the world, and Hong Kong is part of the country. Thirdly, Hong Kong is also near the markets of the Association of Southeast Asian Nations.

If we step back and think about the overall ambition for the GBA, it’s to see the development of a world-class cluster that embraces both innovation and financial services.

All this means that the city is right in the middle of the area that’s of the most interest to companies, which have to determine where the growth potential really lies, he said.

Hong Kong’s GDP jumped 7.9 percent year-on-year in the first quarter of this year while expanding 5.4 percent on a quarterly basis, according to revised figures released by the SAR government on May 14.

The Hong Kong economy spiked in the first quarter of 2021 at its fastest pace in 11 years, ending six consecutive quarters of contraction, buoyed by a low base effect, a revival in external demand, and the extension of fiscal stimulus measures.

Meanwhile, the mainland’s first-quarter GDP growth stands at 18.3 percent on a yearly basis, the National Bureau of Statistics said in April.

The mainland’s economic growth is projected to rebound to 8.1 percent this year, powered by strong exports and a gradual recovery in household consumption, despite uncertainties over the coronavirus pandemic, a report from the Asian Development Bank said in late April.

Phillips said that Hong Kong being part of the Greater Bay Area offers a compelling story itself, and it is not difficult to sell that story to the investors.

“I only have to give the companies the high-level narrative: The Greater Bay Area has 11 cities, including the two special administrative regions, including Hong Kong. A total of 72 million people are all within a very short traveling distance of each other in an area with the highest GDP per capita within China. That is really compelling to companies.”

He said that helping the companies understand what the possibilities are for them is InvestHK’s duty. For many international companies, Hong Kong offers a much more familiar environment, compared with the cities in Guangdong province. That doesn’t necessarily mean that the companies’ only presence in the Greater Bay Area is Hong Kong. It might make a lot of sense for companies to have certain functions in Hong Kong and other functions in other cities within the area.

Asked about Hong Kong’s competition with the bordering mainland city of Shenzhen, Phillips said that to investors, it isn’t about binary choices between one city and the other; it’s about the cities in the Greater Bay Area finding collaboration opportunities to leverage the best that each of the cities has to offer.

“If we step back and think about the overall ambition for the GBA, it’s to see the development of a world-class cluster that embraces both innovation and financial services. And it requires the collective efforts of all of the cities to work together, to leverage the best of each and every one of them,” Phillips said.

He added that companies will make their investment decisions based upon good analysis and doing their homework. If the targeted market is in Shanghai, that leads to a natural decision. But if the company is looking at the Greater Bay Area, it could be a different decision; if they are looking at the whole of Asia, that will lead to another decision. It always depends upon the individual business, and it will depend upon their resources, their human resources and the experience of the management team, he said.

Phillips said that Hong Kong, aside from benefiting from being part of the growth engine of the Greater Bay Area, can contribute to the further development of the country.

Hong Kong has some unique advantages, including being the international center for the country, whether it’s in innovation or financial services. The city can also contribute to the country in terms of helping more mainland enterprises go global. Hong Kong is a good steppingstone to global markets, he said.

The city is also playing a vital role as a super connecter, as it connects the Greater Bay Area and the ASEAN countries, he said.

Phillips said that global companies need to be aware of a change in the direction of trade investments, as people were used to the trend of large capital flows into the West from the East. But now the trend is reversing.

“China has been talking about those flows for a long period of time, but they’re becoming reality today,” he said.

China’s Ministry of Commerce said on May 13 that China’s actual use of FDI surged 38.6 percent on a yearly basis to 397.07 billion yuan (US$61.83 billion) in the first four months of this year.

The FDI value represents a 30.1 percent increase over the same period in 2019, said Gao Feng, a ministry spokesman.