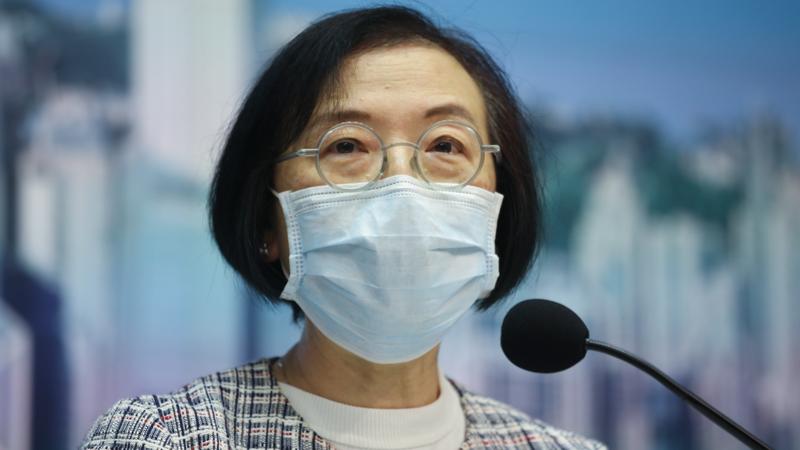 In a written reply to a query at the Legislative Council, Chan said the government is considering either postponing or canceling vaccine deliveries or donating surplus vaccines through the World Health Organization to avoid vaccine wastage.

“In view of the serious vaccine hesitancy in Hong Kong, the chance of the procured vaccines being in surplus is high,” Chan said.

“To avoid wastage amid tight global supply, the government will, based on the vaccination and appointment trends, estimate the quantity of vaccines that may become excessive, and discuss with the drug manufacturers how to handle the expected surplus doses which are unused in this phase of the Vaccination Programme within this year or before their expiry dates,” she added.

Chan noted that the vaccines have “a relatively short expiry date"  and expire around three to four months after arrival in Hong Kong.

So far, the government has procured a total of 15 million doses of the Sinovac and Comirnaty vaccines for emergency use, which is sufficient to vaccinate the entire population of Hong Kong, Chan said.

As of May 24, out of the two million odd doses each of the Sinovac and Comirnaty vaccine which have arrived in Hong Kong, there are 1.05 million and 840,000 unused doses, respectively, according to a government statement.

Chan said the two million odd doses of the Comirnaty vaccine that have arrived in Hong Kong do not include the 1.19 million odd doses that had to be returned to the German manufacturer BioNTech due to packaging defects.

“The Comirnaty vaccine needs to be stored in an ultra-low temperature setting, but the storage space of chilled warehouses meeting such requirement is limited,” Chan said.

However, the city’s vaccination rate is still far below the level required for achieving herd immunity, Chan said.

“We appeal to those who have not received vaccination to get vaccinated as soon as possible to protect themselves and others, thereby building up the herd immunity barrier for Hong Kong,” she added.

Chan said the government was also already preparing to provide a booster dose in the next phase of the inoculation drive to those already vaccinated.

“As far the Comirnaty vaccine is concerned, according to media reports and information made public by the manufacturer, it is very likely that vaccine recipients will need a third booster dose within 12 months of receiving their second dose, and thereafter a booster dose will be required every year to enhance the efficacy of the vaccine, particularly in regard to the mutant variants,” Chan said.

“It is understood that the manufacturer is conducting research on the interval for booster injections and the safety, immunogenicity and efficacy of the booster dose,” she added.

Chan also said that since Hong Kong has a sufficient supply of vaccines “for the time being and it is important to avoid wastage amid global shortage,” the government did not not see a need for the AstraZeneca vaccine to be delivered to the HKSAR within this year.