Thailand says tourism industry may not recover until 2026 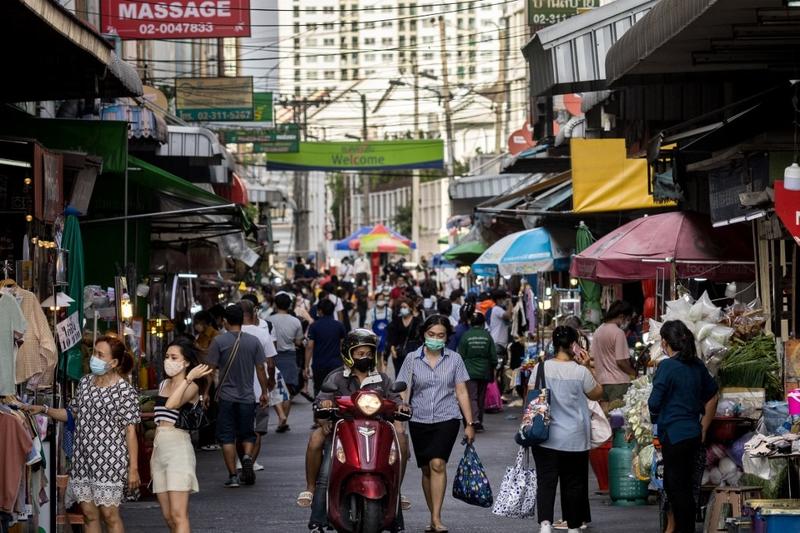 People make their way down a busy street past food stalls and massage parlors in Bangkok, Thailand, on May 17, 2021. (JACK TAYLOR / AFP)

It could take another five years before tourism revives fully in Thailand - an ominous sign for one of the most tourism-dependent economies in the world.

The Southeast Asian nation, which closed its borders to most foreign visitors in March 2020, is trying to gradually reopen some destinations to vaccinated visitors with the economy struggling to gain traction

The sector, which contributed about one-fifth of Thailand’s economy before the pandemic, isn’t expected to return to normal until 2026, the National Economic and Social Development Council said Monday, citing the Tourism Authority of Thailand. The delayed return - which some analysts had expected within two years - will impact more than seven million workers, some of whom may need to find jobs in other fields, the council said.

Thailand welcomed nearly 40 million visitors in 2019 - the last year before the pandemic - earning US$60 billion in revenue. The Southeast Asian nation, which closed its borders to most foreign visitors in March 2020, is trying to gradually reopen some destinations to vaccinated visitors with the economy struggling to gain traction.

The economy has contracted for five straight quarters, a trend that’s likely to continue in the April-June period as the country battles its worst COVID-19 outbreak yet. The resort island of Phuket is set to be the first place to reopen in July, followed by 10 other destinations in October. But the government expects only 500,000 visitors this year, a fraction of the 6.7 million who came in 2020 - almost all in the first three months.

READ MORE: Phuket in mass vaccination drive ahead of the rest of Thailand 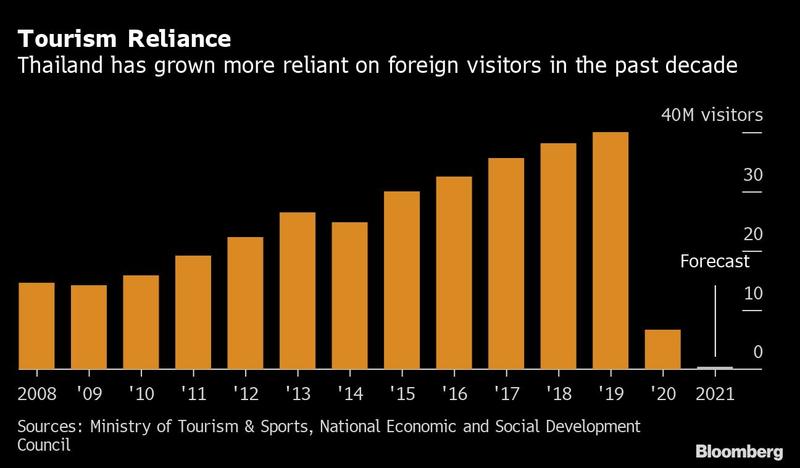 The rate of unemployment in Thailand has “increased drastically,” with the jobless tally reaching 758,000, or 1.96 percent, in the first quarter of 2021, according to the council. That’s the highest rate since the first quarter of 2009, data compiled by Bloomberg show. The current wave of infections to trigger more job cuts and further reduce working hours, the council said, adding that there will be fewer openings for new graduates.

“The economy has not yet recovered to pre-COVID-19 levels, and the labor market could be hit even harder. This will have an impact on labor income and cause households to have more liquidity issues,” the council said, adding that the ratio of household debt to gross domestic product will remain high in 2021. Household debt was valued at 14.02 trillion baht in the fourth quarter of 2020, equivalent to nearly 90 percent of GDP.