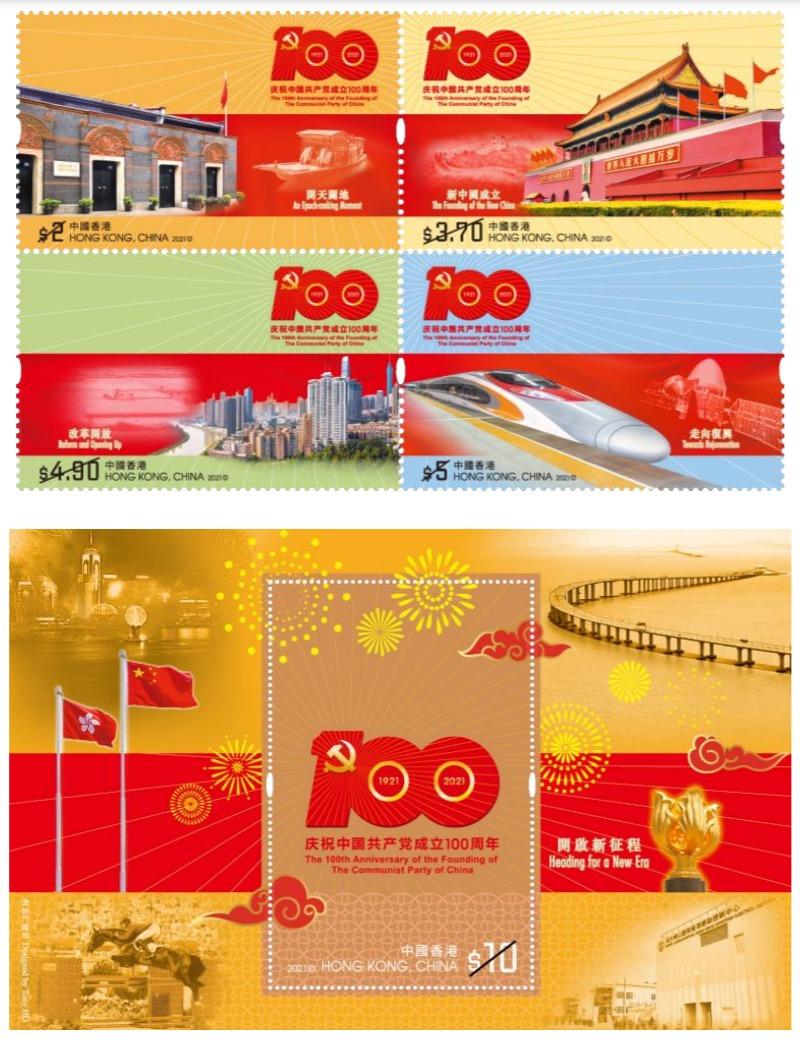 A set of special stamps will be issued by Hongkong Post on July 1, 2021 to mark the 100th anniversary of the establishment of the Community Party of China. (PHOTO/HONGKONG POST)

HONG KONG - Hongkong Post will issue special stamps on July 1 to mark the 100th anniversary of the founding of the Communist Party of China.

The set of four stamps and a stamp sheetlet will be available at all 38 philatelic offices across the city from 9 am to 2 pm on the issue date.

People may also place their orders by May 31 and collect the stamps on July 1.

"The 56 beams of the celebration logo signify the CPC’s endeavor of striving for advancement that shines all over our country," Hongkong Post said in a statement.