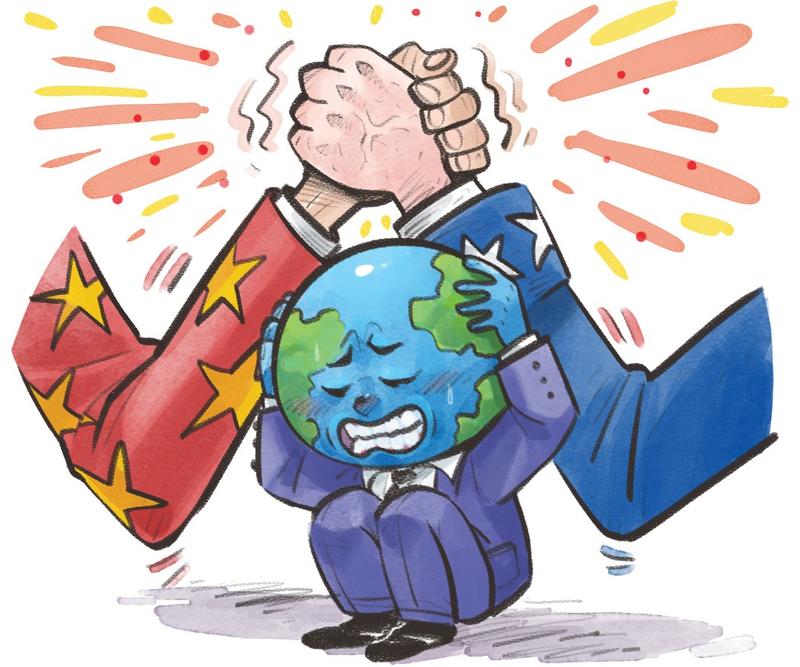 One outcome of the continuing US-China conflict is that it has stirred China sufficiently to be openly critical of the United States.

The brawl between the two sides is not pretty and the Western world is unaccustomed to hearing China’s strident voice, which used to be low-key. The new “wolf warrior” cries seem jarring for those not used to Chinese forthrightness on the international stage.

Over time, how might China’s response be viewed when it can play both defense and offense in highlighting US shortcomings, missteps and mistakes? After all, the list is long, and includes invasions, the toppling of regimes, fighting multiple wars resulting in massive destruction, casualties and displacement of people, as well as years of instability that prevents development.

Efforts to win hearts and minds globally is not easy for China when the world is familiar with US-speak, which is underpinned by decades of hard-and-soft power play ranging from diplomacy to military and cultural power. Although China-speak is still unfamiliar to the world, that does not mean no one is listening.

Since World War II, the US has been seen as the most advanced and richest country, and that achievement has much to do with its democratic political system, capitalist economy, individual freedom and superior institutions. The US proclaimed itself “exceptional” and was perceived to be successful.

The Marxist-Leninist system of the Soviet Union and Eastern Europe could not compete. Countries structured along communist principles were much poorer, citizens were constrained, and the authoritarian state dominated everything. The dissolution of the Soviet Union seemingly supported the view that Western democratic, capitalist market systems have the right formula.

China’s development over the past four decades, therefore, has come as a shock to the West. It has created a large and dynamic economy with strong industrial and technological capabilities. In GDP terms, China’s economy is now the second-largest in the world, after the US; but in purchasing parity power terms, it is No. 1. The lives of its people have improved immeasurably.

The US, the leader of the international order since World War II, is having difficulty dealing with China’s rapid rise. Worse, China is playing its own tune and has become less respectful of US views. China believes in its own “four confidences” — to choose its own development path that works within its own political system and guiding theories, that also fits Chinese culture.

The US now sees China as an outright competitor shaking the international order it has led for so long.

China sees the US as bent on constraining its growth and development. As the two largest economies collide, their conflict is causing geopolitical tremors.

The US has reframed its narrative on China. The former secretary of state, Mike Pompeo, spelled it out, albeit very crudely, on July 23

last year. It involves attacking China’s governing system, its ruling party, and its leader. China is to be distrusted, and the US will bring together “a new grouping of like-minded nations, a new alliance of democracies” to induce change in China.

The Joe Biden administration’s diplomacy, as stated at a meeting with Chinese counterparts in Alaska on March 18, is “to advance US interests and to strengthen the rules-based international order”, to which China’s retort was that the world should uphold the multilateral order of the United Nations instead, and that China’s diplomacy is to pursue “peaceful development”.

The world wants China and the US to stop bickering. Their growing animosity is not helpful to the rest of the world, and may be downright dangerous.

Instead, they should cooperate to solve global problems. The US mantra of democracy and freedom remains compelling but it should not be an excuse to promote regime change.

China’s new policies of ecological civilization, as well as creating a world community with a shared future, have the potential to gain universal appeal and will be successful eventually if China pursues them with dedication and integrity.

In the US arsenal is the idea of “freedom” and it is powerful and enticing — even when the irresponsible exercise of freedom can cause great damage, and when the US has become a deeply divided country in its politics.

China’s ruling party has won performance legitimacy, with how it has turned the country from being poverty-stricken to a world power.

Perhaps China could next strive for a way of harmony and respect for people and nature from the deep wells of Chinese philosophy that promotes cooperation across cultures.

The author is chief development strategist with the Institute for the Environment at the Hong Kong University of Science and Technology, and a long-time observer of global politics. The author contributed this article to China Watch, a think tank powered by China Daily.