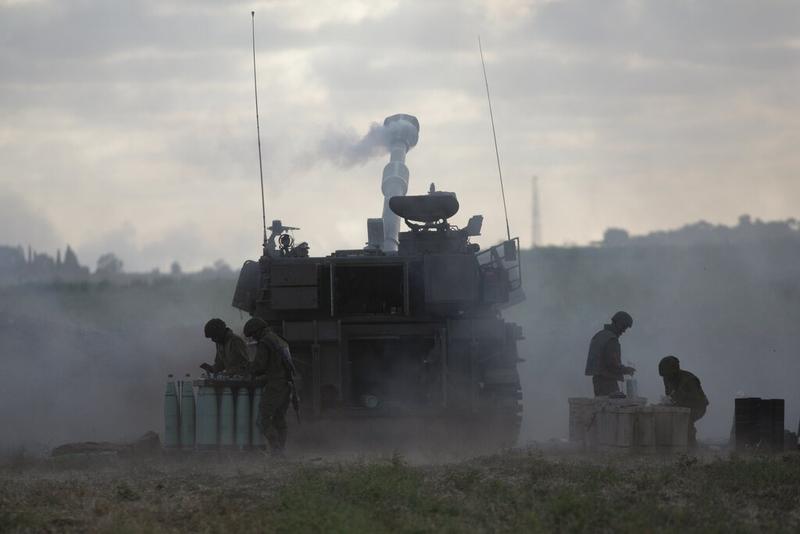 An Israeli artillery unit at the Israeli-Gaza border fires toward targets in the Gaza Strip on May 17, 2021. (HEIDI LEVINE / AP)

WASHINGTON - The Biden administration greenlighted US$735 million sale of precision-guided weapons to Israel, US media reported on Monday.

Citing sources familiar with the matter, the Washington Post reported that Congress was officially notified of the proposed sale on May 5, nearly a week before the conflict escalated between the Israeli forces and Palestinian militants in Gaza.

The proposed sale includes the joint direct attack munitions (JDAM) and GBU-39 small diameter bombs, according to the report.

Some Democrats raised concerns about the sales as the Israeli military continued its airstrikes in Gaza, causing civilian casualties

The Hill reported that the window for Congress to block the sale is all but closed. "The notification earlier this month set off a 15-day clock for Congress to act. There are four days left in that window, and it takes 10 days once a resolution of disapproval has been introduced before someone can force a vote to bring it to the floor."

Some Democrats raised concerns about the sales as the Israeli military continued its airstrikes in Gaza, causing civilian casualties.

"While I have supported security assistance to Israel, including by funding the Iron Dome defense system, I have serious concerns about the timing of this weapons sale," House Democrat Joaquin Castro said in a statement.

"The message it will send to Israel and the world about the urgency of a ceasefire, and the open questions about the legality of Israel's military strikes that have killed civilians in Gaza," he added.

US President Joe Biden Monday voiced support for a ceasefire between Israel and Hamas in a call with Israeli Prime Minister Benjamin Netanyahu.

The call came as the Biden administration faced mounting pressure from a group of Democratic senators urging an immediate ceasefire to prevent loss of civilian life.

The ongoing conflict, the worst violence between Israel and the besieged Palestinian enclave since 2014, has killed 204 Palestinians, including 59 children, and 10 Israelis, including a five-year-old boy and a soldier.