Pencil town erases past to profit from paddies 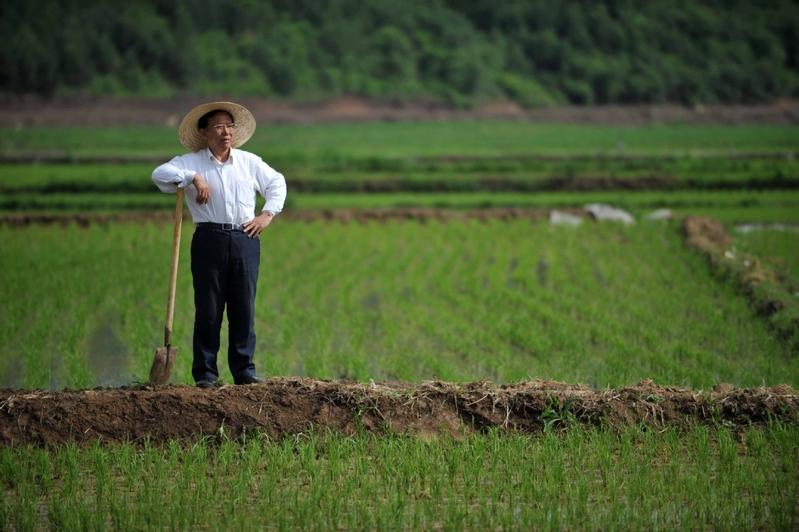 At the end of last year, Zhang Baojin was unanimously elected Party chief of Yuanbao village in Shangzhi, Heilongjiang province, at the age of 78.

Before the election, Zhang suggested that the position should be left to younger candidates because of his advanced years and worsening health.

However, in the villagers' minds nobody could replace Zhang, who first became village Party chief in 1980.

Annual per capita income back then was only 42 yuan, but the village carried a debt of 270,000 yuan. "We must seize opportunities that came with reform and opening-up to establish our own enterprises," Zhang told all the village officials at the time. "It is the only way to make the village rich."

However, the villagers encountered financial difficulties as no banks were willing to give Yuanbao a loan due to its debt. "I could only mobilize and call on the village officials to raise money (for development projects)," Zhang said. "At that time, we hadn't received salaries for several years."

To set a good example, Zhang persuaded his wife to contribute 13,000 yuan from an amount she had saved to open a mill. In the days following her contribution, a total of 37,000 yuan was collected from village officials.

In 1983, the village opened a factory to make wood products, including pencils and chopsticks. The factory was well-served by the region's timber reserves and quality products were produced at affordable prices.

In just five years, the village had paid off all its debt and accumulated a surplus of 60,000 yuan.

By the year 2000, the village's pencil industry was booming. Its annual pencil output reached 2.3 billion units, accounting for 20 percent of the national total, and products have been exported to more than 20 countries, including Russia, Japan and Germany.

The pencil industry became a pillar of the economy of Yuanbao, which calls itself China's home of pencils.

As the village became richer, Zhang began to pay more attention to education.

Since 1995, the cost of nine-year compulsory education in Yuanbao has been paid for by village enterprises, which has seen greater importance placed on children's education.

When ecological civilization was listed as one of China's five major goals at the 18th CPC National Congress in 2012, Zhang began to realize the pencil industry was no longer in line with the general direction of the country's development.

Since 2012, the village has been upgrading its agricultural sector and built a rice-planting park in which high-end rice varieties are cultivated.

By last year, more than 400 hectares－half the village's total arable land－had been planted with new varieties.

In 2010, Yuanbao finished a residential construction project covering 50,000 square meters, and all the villagers have moved into their new homes.

Living in a 100-square-meter apartment, Gu Diansheng, 65, and his wife have a comfortable life as they enter their senior years.

"All varieties of household appliances are available in our house," Gu said. "We usually take part in various cultural activities after dinner, such as the yangko dance. There's no difference between living in our village and modern cities."

In recent years, Yuanbao has begun to develop its tourism industry. It invested 10 million yuan building a cultural park commemorating historic land reforms, which attracts around 60,000 tourists a year.

The second phase of the project, with an area of 7,400 square meters is under construction. It aims to become a red tourism spot that offers sightseeing, catering and accommodation.

The village has a population of just 1,870, and last year its total assets reached 735 million yuan. Annual per capita income was 33,300 yuan, according to Zhang.

"In the future, we will build a sewage treatment plant and implement garbage sorting," Zhang said. "We'll build a beautiful village with high standards."