Innovation key to a prosperous future

The province has been working hard to upgrade its industrial structure, develop new technologies and impress global market players 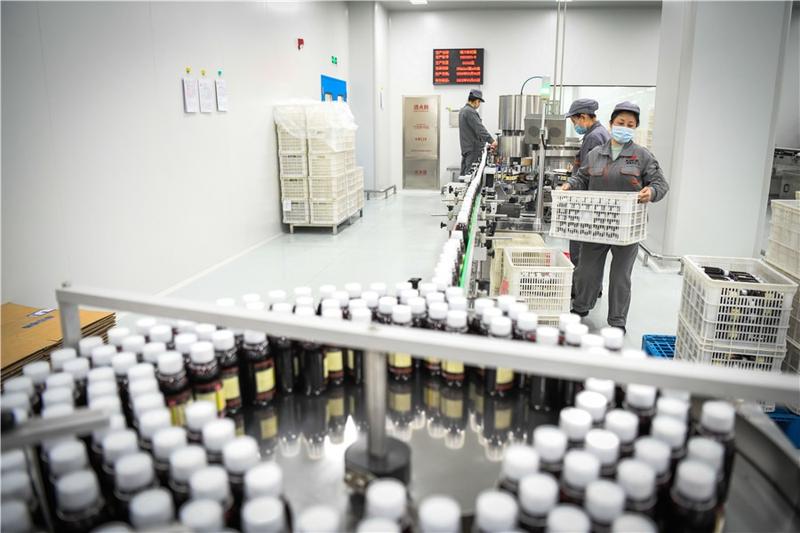 During the past five years, Heilongjiang province has optimized and upgraded its industrial structure and continuously improved its innovation ability to develop a strong regional presence.

Once a major part of the nation's heavy industrial hub in Northeast China, traditional sectors account for a large part of Heilongjiang's industrial structure, and in recent years the province has paid great attention to upgrading and readjusting those bases.

During a September 2018 visit to Qiqihar, Heilongjiang's old industrial base, President Xi Jinping said equipment manufacturing is a pillar of the nation and a significant component of the real economy.

Employing marketing strategies overseas, Harbin Electric, China's largest producer and exporter of power generation equipment, has built power plants in more than 50 countries and regions including Pakistan, India, Vietnam, Bangladesh and Turkey, and in the Middle East and South America.

On May 3, Harbin Electric's second 600-megawatt generator unit for the Hassyan Clean Coal Project in Dubai, United Arab Emirates, was completed, marking a major step in the construction of the Middle East's first power plant fired by clean coal.

The project started in September 2016 and all four 600-megawatt generator units are expected to be completed by 2023.

The company said the plant will produce 20 percent of Dubai's electricity, which will significantly reduce the cost of electricity when it is completed.

"We will continue to focus on high-quality development, including reinforcing and optimizing the strength of innovation, brand influence and management expertise during the country's 14th Five-Year Plan (2021-25)," said Si Zefu, chairman of the company and a member of the National Committee of the Chinese People's Political Consultative Conference.

"Our goal is to build a first-class, globally competitive enterprise."

During the 13th Five-Year Plan (2016-20), the province focused on large-scale project construction, accelerating the transformation and upgrading of traditional industries.

In the past two years, the province has provided investment of nearly 400 billion yuan (US$62 billion) in 100 large-scale projects, creating more than 1 million job opportunities.

In early spring, a section of the Songhua River in Harbin, Heilongjiang's capital, was covered by ice, but projects were still underway on both sides of the river. The weather made no difference.

On April 1, at the construction site of the Shenzhen-Harbin Industrial Park, about 400 workers were busy installing curtain wall glass and lifting steel structural materials.

"As construction continues, there will be up to 3,500 workers on-site at peak times," Chen Yugang, the park's deputy general manager, said. "So far, the park has attracted 153 businesses that will settle there when the first stage is completed in October."

Construction of the park, located in Harbin New Area, started in September 2019, with investment of 3.92 billion yuan from the governments of Harbin and Shenzhen, Guangdong province.

Under a market-oriented management system, it is expected to be developed into an intelligent, low-carbon park and create a complete industry chain from innovation and entrepreneurship to science and technology innovation headquarters to smart manufacturing.

"Furthermore, we hope the park will be a pioneer in the area that will help us learn from Shenzhen's successful reform and opening-up experience in the past 40 years and promote it to the whole city," Chen said.

In recent years, the province has vigorously promoted the development of its aerospace industry, building important dedicated industrial clusters and bases around the country.

Harbin Hafei Industry, an aviation manufacturer, is mainly responsible for the manufacture of some parts of the jet that use composite materials, including the hatch door for the front and main landing gear, and the plane's vertical tail.

As an important base for theoretical research, new technology research and development and training of high-quality personnel, the Harbin Institute of Technology has successfully launched a number of microsatellites.

Relying on the advantages the institute provides, Heilongjiang is focusing on developing core businesses in microsatellite manufacturing via companies like HIT Satellite Technology.

The company has the ability for low-cost design and manufacturing and has accepted orders for 89 microsatellites. "We will make efforts to develop our own core competitiveness in the satellite equipment manufacturing industry," said Qu Chenggang, the company's general manager.

"We plan to build an equipment manufacturing base and a 5G-based smart factory in Harbin."

According to an outline of goals released by the provincial government earlier this year, Heilongjiang plans to build itself into a powerful industrial province by 2035.

"We will build a new industrial system and layout to make a leap forward in economic development," said Guan Yingmin, deputy director of the Heilongjiang Department of Industrial and Information Technology.

"It is expected that the proportion industry will contribute to provincial GDP will reach 30 percent, and there will be more than 5,000 large-scale industrial enterprises."