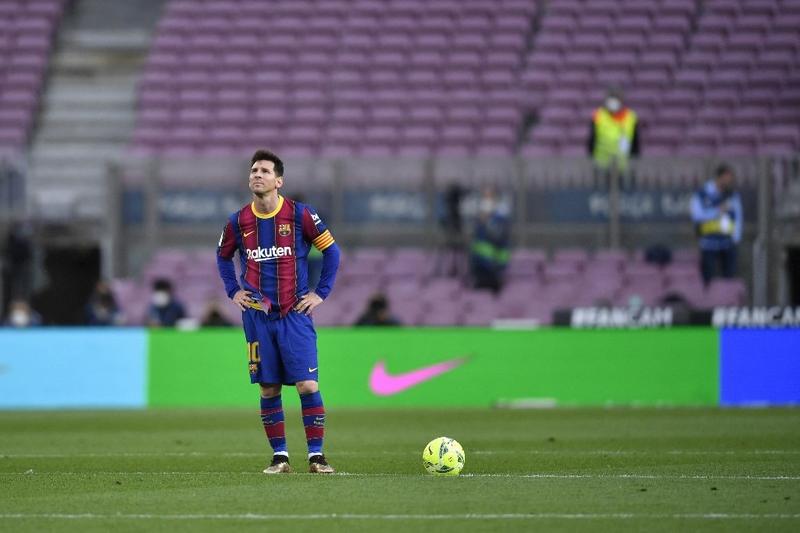 BARCELONA - Barcelona saw their hopes of winning La Liga extinguished as they were beaten 2-1 at home by Celta Vigo on Sunday.

Barca are third on 76 points, four behind Real Madrid in second with one game remaining and two ahead of Sevilla in fourth

Barca were dominant in the first half and deservedly took the lead through Lionel Messi after 27 minutes in what could be the Argentine’s final game at the Camp Nou given his unresolved contractual situation.

Messi expertly headed Sergio Busquet’s precise cross past Ivan Villar to make it 30 league goals for the season on 27 minutes.

“We hope that won’t be his last game here at the Camp Nou, but it’s a decision he needs to make,” defender Jordi Alba said.

“We were really good in the first half, they didn’t really create much and took their one chance when they got it.

“We had the game under control but in the second half just lost our heads a bit. They play really good football, they made it difficult for us and their second goal is unlucky for us.”

Indeed, Celta equalised against the run of play 11 minutes later as Santi Mina fired in from the edge of the box following a pacey counter-attack to stun the hosts.

Defender Ronald Araujo went close with a header after the restart as Barca tried in vain to retake the lead.

However, they found themselves up against it when Clement Lenglet was dismissed with six minutes to play and ultimately paid the price for the Frenchman’s rash decision making.

With just one minute of normal time left, Mina netted his second of the game to condemn the Catalans to at best a third-placed finish in Ronald Koeman’s first season in charge.

Barca are third on 76 points, four behind Real Madrid in second with one game remaining and two ahead of Sevilla in fourth.