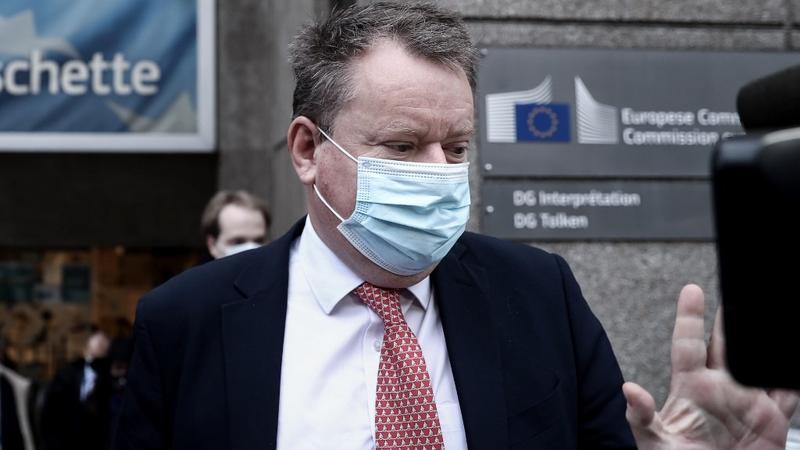 Brussels should stop “point-scoring” and work with the UK to implement the Brexit trade deal, according to David Frost, the British minister in charge of relations with the European Union.

Writing in the Mail on Sunday newspaper, he called on EU officials to cooperate over problems arising from the so-called Northern Irish protocol, which draws a trade border in the Irish Sea.

Until those issues are settled, he said that “our new relationship with the EU won’t be right,” and Northern Ireland’s position in the UK remained under threat.

“Northern Ireland is fully part of our UK union,” he wrote. “If the protocol operates so as to damage the political, social or economic fabric of life in Northern Ireland, then that situation cannot be sustained for long.”

Frost listed attempts to block vaccine exports to the UK and threats to cut electricity to the British island of Jersey over fishing rights or to retaliate over finance firms’ access to the EU single market as examples of a lack of “enthusiasm to make things work.”

He added that the EU was enforcing checks on goods moving from Britain to Northern Ireland too strictly, perpetuating risks to supply chains despite “no evidence that goods are not meeting EU standards.”