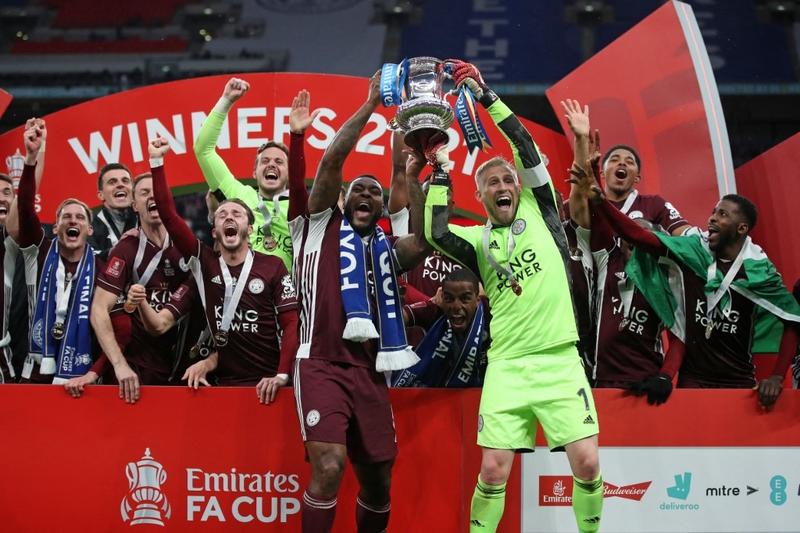 LONDON - Leicester City beat Chelsea 1-0 on Saturday to win the FA Cup for the first time in the club's history, as over 6,000 of their fans cheered them on from the stands at Wembley Stadium.

West Ham failed to take advantage of Chelsea's cup duties as they were held to a 1-1 draw away to Brighton, who had nothing to play for

Youri Tielemans' magnificent 63rd minute strike gave Brendan Rodgers' side the cup in their fifth final appearance, but it was not without its drama or controversy as goalkeeper Kasper Schmeichel made a stunning late save to deny Mason Mount in the 87th minute.

A minute later Ben Chilwell thought he had scored a goal to send the game into extra-time, but the VAR ruled his strike out for a marginal offside.

If that wasn't enough, the two sides will meet again at Chelsea's Stamford Bridge stadium on Tuesday night with a place in next season's Champions League up for grabs.

West Ham failed to take advantage of Chelsea's cup duties as they were held to a 1-1 draw away to Brighton, who had nothing to play for.

West Ham dominated the first half and had chances to take the lead, with Pablo Fornals twice seeing goalbound efforts cleared by desperate defending, but Brighton took the lead in the 84th minute when Danny Welbeck scored after good work from South African international Percy Tau. 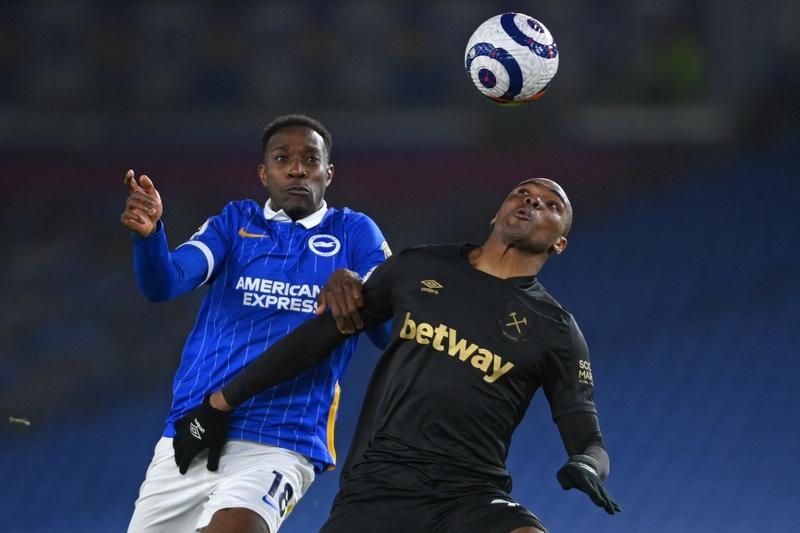 Their lead lasted just two minutes before Said Benrahma smashed home an equalizer from the edge of the area to save a vital point for the visitors, whose chances of a top-four finish look to be slipping away.

There was nothing at stake as Leeds United won 4-0 away to Burnley with a convincing display against a rival that made too many defensive errors.

Mateusz Kilch and Jack Harrison put Leeds 2-0 up with goals in the 44th and 59th minutes, before substitute Rodrigo Moreno confirmed the win with a late quickfire brace.

Southampton enjoyed a comfortable 3-1 victory at home to already-relegated Fulham with Che Adams, Nathan Tella and Theo Walcott netting for the home side.

League champions Manchester City celebrated in style as Ferran Torres scored a hat-trick to give Pep Guardiola's men an entertaining 4-3 win away to Newcastle United on Friday night.