Slovenia says EU should speed up accession of Western Balkans 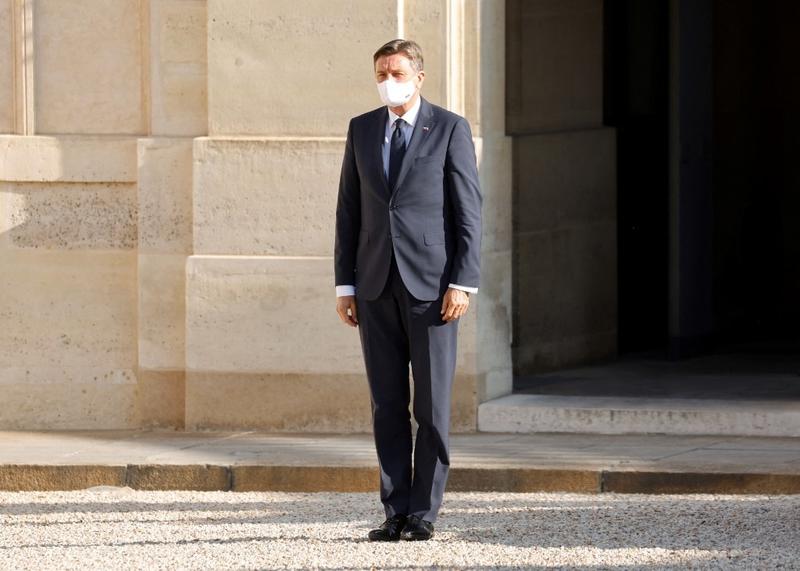 Slovenian President Borut Pahor arrives at the Elysee Palace in Paris for a meeting with French President on Sept 21, 2020. (LUDOVIC MARIN / AFP)

BELGRADE - Slovenian President Borut Pahor called on Friday for the  European Union to speed up the process of admitting the six countries of the Western Balkans to the bloc, calling it a crucial step for the preservation of stability in the region.

Europe and the United States say that the Western Balkans, comprising Albania, Bosnia, Kosovo, Montenegro, North Macedonia and Serbia, will ultimately join the EU, after the ethnic wars of the 1990s.

Europe and the United States say that the Western Balkans, comprising Albania, Bosnia, Kosovo, Montenegro, North Macedonia and Serbia, will ultimately join the EU, after the ethnic wars of the 1990s

After meeting Serbian President Aleksandar Vucic, Pahor said that the enlargement of the EU to the Western Balkans was a "geopolitical necessity", but that the region must advance jointly toward membership of the bloc.

"The enlargement must be quicker ... It would be great if more or less all the countries of the region could enter EU together," Pahor said through an interpreter.

Pahor said that he hoped that the countries from the region would "send such a message to Brussels" from a regional summit in Slovenia set for next week.

"Only under condition of relatively quick entry of all countries from that region (the Western Balkans) into the EU, ... (the region) can preserve peace, security, stability." Out of former Yugoslav republics, Slovenia and Croatia have joined the EU, Serbia and Montenegro are membership candidates, while Bosnia and Kosovo, Serbia's now-independent former southern province, lag far behind.

Bulgaria refuses to allow North Macedonia, another ex-Yugoslav republic, to move ahead in its EU bid, citing language and cultural disputes.

Vucic, a former nationalist who has espoused European integration, said Serbia has "nothing against a holistic approach". "You will always have an approach based on progress ..., but we have nothing against a more significant geopolitical approach to the Western Balkans," he said.

Albania, which is also a part of the Western Balkans region became a candidate in 2014.

Its membership accession process slowed in 2019 after France and the Netherlands opposed it over the country's lack of efforts on improving democracy and fighting corruption.