HK Q1 GDP up 7.9% after 6 straight quarters of decline 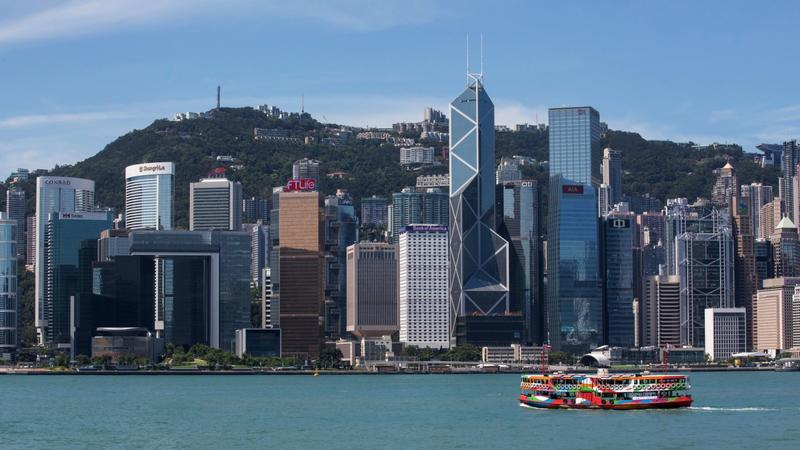 HONG KONG - Hong Kong’s GDP jumped 7.9 percent year-on-year in the first quarter of this year, while expanding 5.4 percent on a quarterly basis, according to revised figures released by the government on Friday.

Advance estimates released in early May had stated that the city’s GDP jumped at an annual rate of 7.8 percent from a year ago while expanding at a quarterly rate of 5.3 percent from the previous quarter.

The administration on Friday released the First Quarter Economic Report 2021, together with the final GDP figures for the first quarter of 2021.

The Hong Kong economy spiked visibly in the first quarter of 2021 at the fastest pace in 11 years, ending six consecutive quarters of contraction, buoyed by a low base effect, a revival in external demand, and the extension of fiscal stimulus measures

The Hong Kong economy spiked visibly in the first quarter of 2021 at the fastest pace in 11 years, ending six consecutive quarters of contraction, buoyed by a low base effect, a revival in external demand, and the extension of fiscal stimulus measures.

However, the economic recovery was uneven, and overall economic activity remained below the pre-recession level, as the pandemic continued to weigh on some economic segments, particularly those involving consumer-facing activities.

Total exports of goods surged by 30.2 percent year-on-year in the first quarter, thanks to the global economic recovery led by the mainland and the United States. Exports of services saw a visibly narrowed year-on-year decline of 8.1 percent.

Private consumption expenditures grew modestly at 1.6 percent year-on-year in the period even against an exceptionally low base of comparison, as the fourth wave of the local epidemic disrupted consumption activities, especially in the early part of the quarter, and outbound tourism was severely hindered. Overall investment expenditures saw a moderate year-on-year growth of 4.5 percent.

“Considering that the economic recovery is uneven and the uncertainty associated with the pandemic is still high, the real GDP growth forecast of 3.5 percent to 5.5 percent for 2021 as announced in the Budget is maintained in the current round of review,” government economist Andrew Au Sik-hung said in the Friday statement. “The actual outturn can hopefully be near the upper end of the range forecast if the pandemic situation improves in the period ahead.”

The news comes after Hong Kong’s economy slumped at a record rate of 6.1 percent in 2020.

“Going ahead, the economy may continue to regain steam on buoyant external demand and strong fiscal supports, including e-consumption vouchers. Nonetheless, for the economy to show stronger recovery, we may need to see further improvement in local consumption and the revival of exports of services, both of which will hinge on the pace of vaccine rollout,” Li noted.

The Hong Kong arm of the Singaporean lender expects the city’s economy can expand 5 to 6 percent annually in 2021 on the assumption that border controls will be further relaxed in the second half of this year.

“The Hong Kong economy will continue to recover in the remaining three quarters as the external environment improves further. The recovery pace of local consumer spending is expected to pick up in the second half of the year as consumption-related activities expand on the expected easing of COVID-19 restrictions and the government’s digital cash vouchers handout,” Lee said.

Recovery among sectors would remain imbalanced with the tourism-related sectors likely to post a weaker rebound if the reopening of the mainland border were to be delayed, Lee warned.