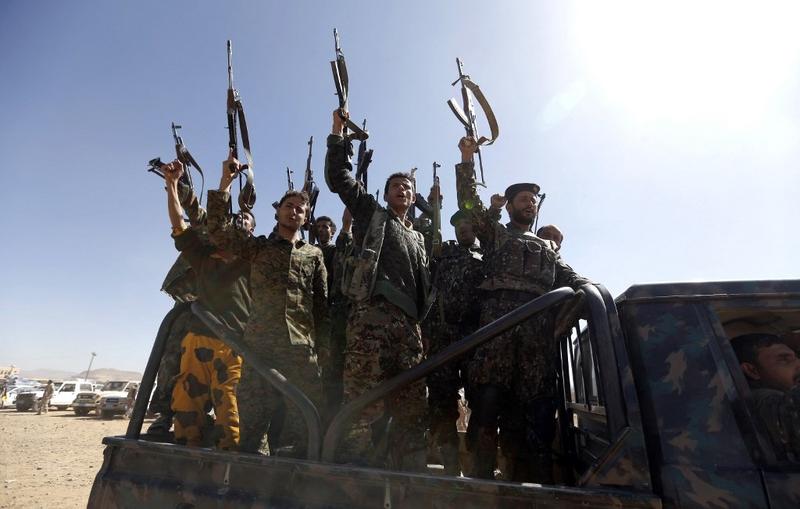 Newly recruited Houthi fighters chant slogans as they ride a military vehicle during a gathering in the capital Sanaa to mobilize more fighters to battlefronts to fight pro-government forces in several Yemeni cities, on Jan 3, 2017. (MOHAMMED HUWAIS / AFP)

RIYADH - Eight drones and three missiles launched by Yemen's Houthi militia toward Saudi Arabia were intercepted overnight, the Saudi-led coalition involved in a war in Yemen announced on Thursday.

The statement said that the "hostile" attacks were targeting civilians, adding that the coalition is taking strict measures to protect civilians.

The incidents were part of frequent attacks targeting various areas in Saudi Arabia, especially border cities. The Abha International Airport was targeted on Monday with a missile that was intercepted by the coalition.