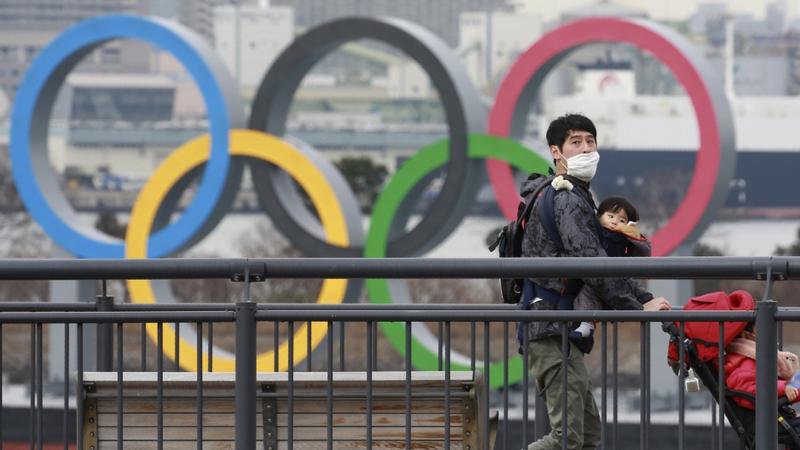 In this undated photo, a man walks on the Odaiba waterfront in Tokyo as Olympic rings are seen in the background. (KOJI SASAHARA / AP)

TOKYO - Japan's Prime Minister Suga Yoshihide pledged on Thursday that the 2020 Tokyo Olympics and Paralympics would be held as scheduled this summer.

Japanese broadcaster NHK said that Suga made the commitment to the postponed games in a meeting with former Chiba Prefectural Governor Morita Kensaku.

Morita said that when he asked Suga whether he will hold the 2020 Games this summer, the prime minister said yes.

Morita said Suga told him that he would make that happen by accelerating the vaccine rollout, NHK reported.

Suga said on Monday at the parliament that he has never "put the Olympics first," raising concerns that the games might not take place from July 23 to August 8.