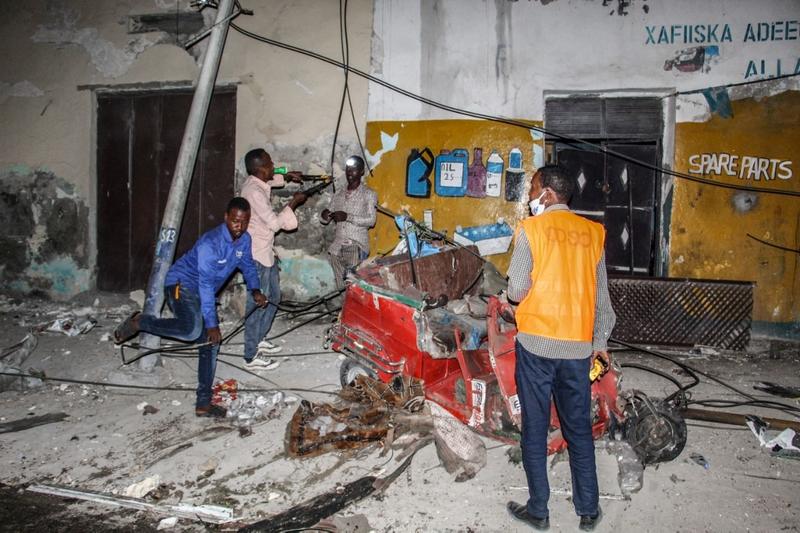 MOGADISHU - A suicide bomber killed six police officers in front of a district police station in the Somali capital Mogadishu late on Sunday, police said, in an attack claimed by the al Shabaab Islamist group.

"Six police officers including the commander of the Waberi (district) police were confirmed dead and six others were injured in the blast," Somali police spokesman Major Sadiq Aden Ali Doodishe told a news conference.

Al Shabaab claimed responsibility for the assault but said they had killed five police personnel.

"Our target was to kill police commanders and we killed five police (personnel) including the commander of the Waberi police station," Abdiasis Abu Musab, al Shabaab's military operations spokesman, told Reuters on Monday.

The Al Shabaab insurgency has battled since 2008 to overthrow Somalia's internationally-backed central government and establish its own rule based on a harsh interpretation of Islamic law.

It carries out regular gun and bomb attacks in Mogadishu and elsewhere in Somalia.