Murray to practise with Djokovic before return from injury 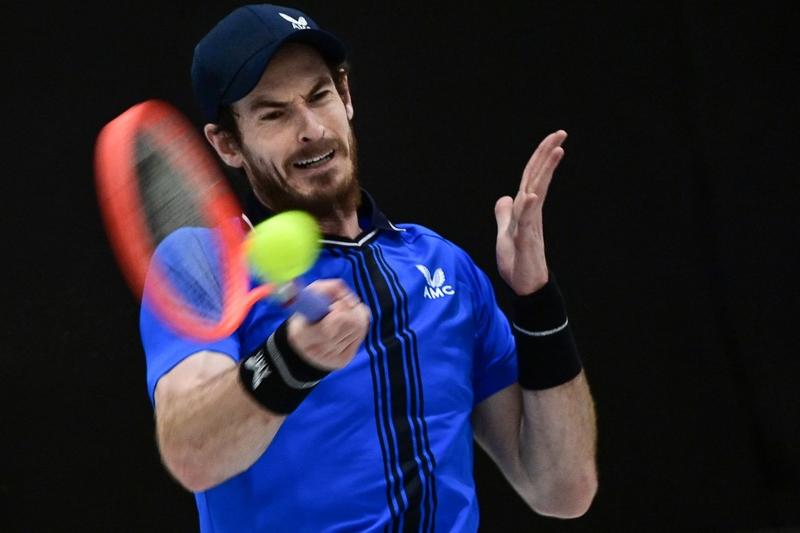 Britain's Andy Murray will practise with world number one Novak Djokovic and Argentine Diego Schwartzman in Rome on Sunday as part of plans to return to the ATP Tour after an injury lay-off.

Three-times Grand Slam champion Murray, who has fallen to 123 in the world rankings after long injury lay-offs because of hip surgeries, is hoping to receive a wild card to play in either of the ATP events in Geneva or Lyon from May 17.

Murray last played at the Rotterdam Open where he was beaten by Russian Andrey Rublev on March 3 before pulling out of the Miami Open later that month due to a groin injury.

The 33-year-old said scans revealed the injury did not appear to be serious and he will travel to Rome on Saturday to train with top players who are participating at the Italian Open.

"On Sunday I've got a court booked with (Diego) Schwartzman and then Novak in the afternoon," Murray said.

"I want to play against the highest level players possible because I think that will help me improve my game quicker."

The Scot said he does not know if he will receive a wild card for the French Open, which is due to begin in Paris on May 30.

"I don't mind if they don't want to give me a wild card, that's fine, they can give them to whoever they want to," said Murray, who has played only three tournaments this year.

READ MORE: Murray feels like playing for his career in every match

"It just makes it a bit tricky with planning, but we should find out in the next week or so."